Home Article Who is Jennifer Rauchet Married To?Know About her Married Life and Relationship

Who is Jennifer Rauchet Married To?Know About her Married Life and Relationship 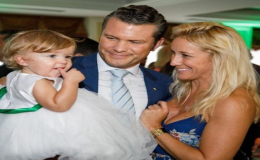 It's not unusual to see a couple falling in love in the workplace. After all, a person spends maximum time in his/her office after home. So, it is natural to develop a feeling for someone with whom you spend 8-10 hours for five days a week. Jennifer Rauchet who works as an Executive Producer at Fox also fell in love with her colleague, fox news contributor Pete Hegseth.

Jennifer's relationship with Pete Hegseth is far from ideal, but her love for him couldn't be more apparent. The duo carries an admirable bond which is only getting stronger. Know all about their love life in the article below:

Jennifer Rauchet and Fox & Friends co-host are getting married at one of President Donald Trump's golf clubs and clubhouse. The duo is set to walk down the aisle on 23 August 2019 at Trump National Golf Club Colts Neck in New Jersey. 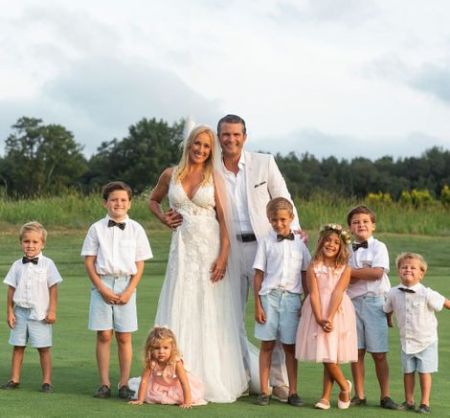 Rauchet and Hegseth posed for photos at the golf on 15 August 2019 wearing red "Make weddings great again" hats resembling Trump's signature. This will be Jennifer's second marriage and Hegseth's third.

Jennifer Rauchet and her beau Pete is dating for the past three years, and they sure are in together for a long haul. The couple showed their commitment to one another by getting engaged.

Pete popped the question with a massive diamond ring on June 15, 2019. Jennifer said yes, and Pete shared his happiness to the whole world by posting a sweet picture online.

She said...yes. Thank you @jennycdot for changing my life forever. #belief

Jennifer and her fiance are engaged for more than two months and look like they have already tied the knot as well.

There are no pictures of their wedding online. However, Pete recently posted a picture of their daughter Gwen on Instagram with the comment that their fighting flower girl is ready for the wedding.

#GrenadeGweny! Our “fighting flower girl” is ready for the wedding. (Dressed herself, we swear).

Can't tell whether he was talking about his wedding or not; however, this post surely made their fans questioned whether they have already married.

Jennifer Rauchet and Her Partner Romance Was Controversial

Jennifer Rauchet and her beau shares a healthy relationship at present; however, their love story raised some eyebrows at the beginning. Jennifer and Pete started dating when he was still married to his second wife, Samantha Deering. 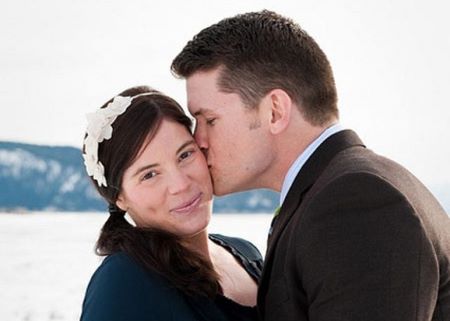 Pete started an extramarital affair with Jennifer and even conceived their daughter Gwen. When Samantha find out above their romance, she filed for divorce in September 2017.

The public was especially outraged with Pete who divorced his first wife, Meredith Schwarz in 2009 to be with  Samantha, with whom he married in 2010.

Jenifer and her partner were also heavily criticized for attending events and ceremonies together, even before the finalization of the divorce of Pete with his wife, Samantha.

Jennifer Rauchet's Partner Pete Hegseth has created many Controversies in his Life. Who is He?

Pete Hegseth who was born as Peter Bran Hegseth is a former reserve military officer and a Fox News Channel contributor. As a conservative commentator, he said many things in his career which has caused outrage.

Pete was heavily criticized when he preached that to preserve the sanctity of marriage; one must refrain from divorce. People rightfully called him a hypocrite as he is a twice-divorced man with a child out of wedlock.

Pete recently was in hot water as he accused congresswoman Rashid Tlaib of having a Hamas Agenda. He appeared on Sean Hannity show  and stated following about Muslim congresswoman :

“No, it exposed the real agenda of today’s modern left, I mean, if you look at how Rashida Tlaib talked about President Trump having a hate agenda, I could, therefore, look at her and say that she has a Hamas agenda.”

Pete thankfully is not always in the news for the wrong reason. Fortunately, he is gaining a lot of media attention for swimming across Hudson River to honor military vets and to raise funds for military families. 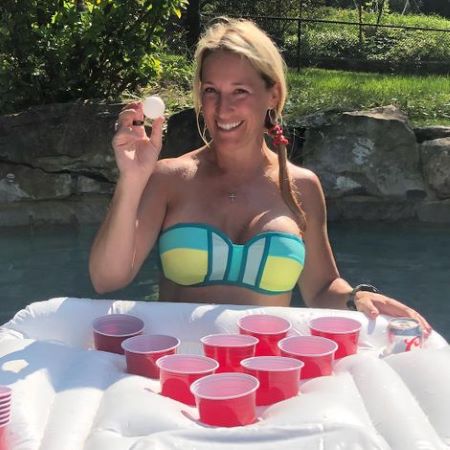