Home Article Who is Lucy Liu Husband?Is She Married?Know About her Married Life and Children

Who is Lucy Liu Husband?Is She Married?Know About her Married Life and Children 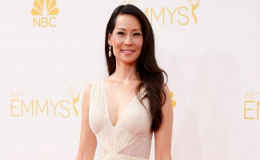 Someone rightfully said "Happiness is only real when shared" and there is no one better to share your joy than with your romantic partner.

Elementary famed actress Lucy Liu is gaining new height professionally as she recently received a Hollywood Walk of Fame Star. However, there is not much news about the actress on the personal front. So, many fans become curious whether she is romantically involved with someone or is settled with a husband. If you are one of the curious fans, you are lucky as you will get all your answers below:

Lucy Liu, Sherlock Gnomes cast hasn't found someone special yet in her life. The 51-year-old hasn't confirmed her present relationship status till today nor she's heard of romantically linked to men since the split with Mr. Lloyd.

Most recently, the Ally McBeal star took a picture of herself with Mike Colter hinting they'll be sharing a screen for hit new series, New Amsterdam aired on NBC. She wrote "Look who popped over to the stage of my first-day directing "Newamsterdam" NBC.

The Chinese-American actress is a single parent of a son by choice. Due to a busy routine, she opted to choose the gestational surrogacy method at the time of Rockwell's birth. Probably, the main reason behind her unstable relationship is her hectic work schedule.

Since the start of motherhood, Lucy has been actively involved in celebrating multidimensional familial structures including Tylenol's "HowWeFamily" Mother's Day.

Lucy Liu had a number of Public Relationship in the Past; Is she is now secretly Married?

The Charlie Angels actress Lucy Liu is a romantic person and was always open to giving love a chance. She, however, was not that lucky when it comes to stable relationships, She dated a number of men in her life unfortunately neither of them turned into fruitful relationships. 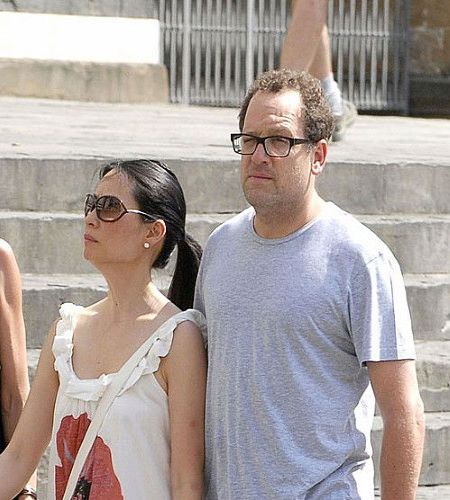 Lucy was engaged to American writer and director Zach Helm in 2004 and many thought she found her soulmate. However, people were proved wrong and the couple was separated soon.

After that, she started dating actor Will McCormack and remained in the relationship for three years. Her last known public affair was with Israeli-American businessman Noam Gottesman. The couple was together for four years and many thoughts it will culminate into marriage, but sadly they parted their ways.

The actress moreover looks like single at present and definitely not married. She moreover is enjoying her professional success with her family that includes mother, siblings, and son. Yes, Lucy Liu is blessed with a child. Wanna, know more about her bundle of joy, continue reading

Lucy Liu is blessed with a Son; What is his Name? Who is the Father?

Lucy Liu welcomed her baby boy, Rockwell Lloyd to the world in August 2015 and shared her happiness through her social media accounts. Media went frenzy with this news and everyone had only one question. Who is the Father?

Introducing the new little man in my life, my son Rockwell Lloyd Liu. In ! pic.twitter.com/6pxLPL6QX1

Lucy was quick to respond to the question and stated that her baby boy is born through gestational surrogacy and the name of the father will not be revealed. However, when she shared her process of having a baby, she received criticism from some groups. She was asked about the criticism in an interview with CBS News, Lucy stated:

"I didn't really think about it at all. I just went ahead and did it ... I didn't realize there was criticism until after I sent out the information that I had my baby through a gestational carrier and my friends said, 'Don't listen to what some people are saying.' I didn't realize people were saying anything negative!"

"It doesn't matter the machinations of how things occur. How you love and parent a child is most important. That's the support system, really."

Lucy has now moved past this criticism and is living her best life with her baby. She considers every day something new and something special to him.

Sharing really is this much fun #fbf