Home Article Luke Evans; after breaking up with Boyfriend Jon Kortajarena is he Dating someone? See their current Relationship status

Luke Evans; after breaking up with Boyfriend Jon Kortajarena is he Dating someone? See their current Relationship status 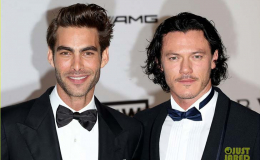 One of the sexiest actors of Hollywood, Luke Evans who recently starred alongside Emma Watson in the new live-action remake of Disney movie, Beauty, and the Beast, is single again!

The 38-year-old gay actor, who never had the problem coming out of the closet, used to date the hot Spanish model Jon Kortajarena, but they split last year, leaving all the fans guessing who this Greek God is dating!

Sadly, ladies, you don't have any chance to get this irresistible actor with the chiseled body, but guys don't miss this opportunity.

Who are we even kidding? It's impossible for such a man to remain single for a moment as he has men throwing themselves at him. So, today in this section, let's find out all the details about Luke's personal life.

There are only a few best and A-list actors who have openly declared their homosexuality and among such, handsome actor Luke Evans tops the chart. 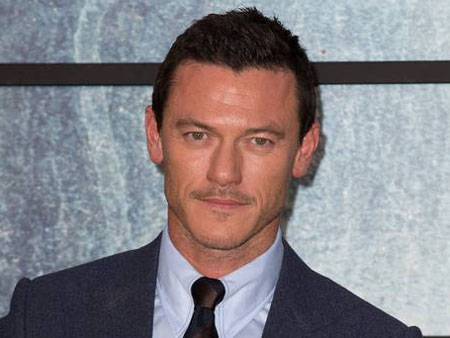 But unlike his homosexuality, the Welsh actor is distinctly private about his personal life and affairs. However, one of his many affairs, that grabbed headlines back in 2014 is his alleged affair with the Spanish supermodel, Jon Kortajarena. 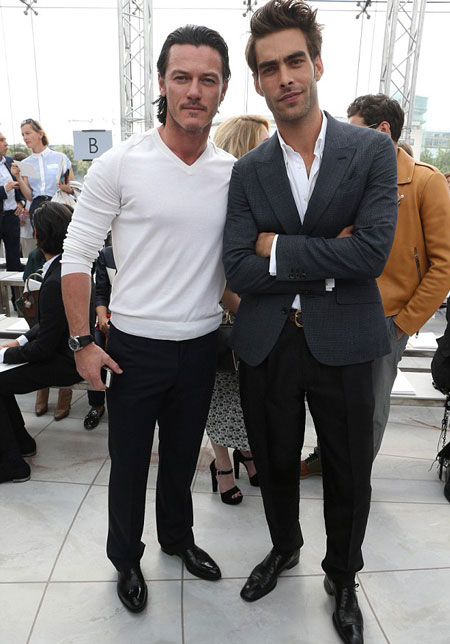 The duo began dating since 2014 and burned the red carpets with their hotness when they made their public appearances together at high profile fashion events.

The story behind how they met can be guessed as pretty interesting because it is not still revealed by either of them. 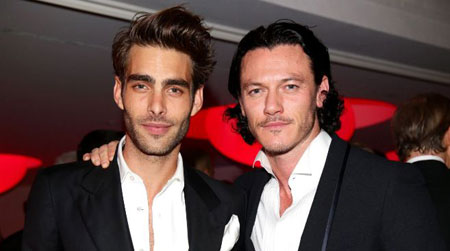 However, after being in a relationship for two long years, the pair split which was confirmed by The Fast & Furious 6 star in an interview with Mr. Porter Magazine.

I'm treating it as an opportunity for finding contentment with myself, and not relying on anybody else to validate it. I think being an only child has hindered that slightly because I've always wanted to be around other people."

And when asked about the possibilities of him dating anyone else he shared that he wants to keep his personal life under the radar quoting,

"If somebody talks to me about my personal life, well, the clue is in the title: it’s personal, it’s private. I’m protecting myself, not because it’s anything that I’m embarrassed about, but because it’s mine."

So, it's a bit like a puzzle to determine the relationship status of this outstanding actor. But we are hoping he'll soon clear the air, maybe with another jaw-dropping red carpet appearance with his date!

This news dates back to September 2015, when the British Independent Film Awards nominee, Evans was spotted shirtless flaunting his abs and muscular biceps, wearing only skin-tight swimming trunks, with a handsome mystery companion! 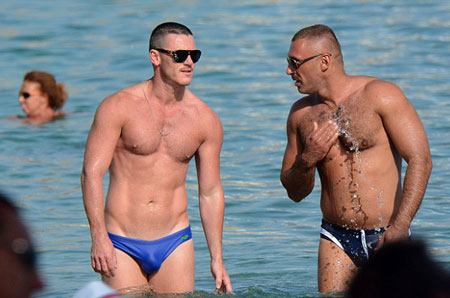 Luke Evans spotted with a mystery man in Greek Islands in 2015
Source: DailyMail

The actor who co-starred alongside Emily Blunt, Justin Theroux, and Rebecca Ferguson in 2016's hit crime-thriller movie, The Girl on The Train was looking pretty comfortable with the man, enjoying the sun and the beach. 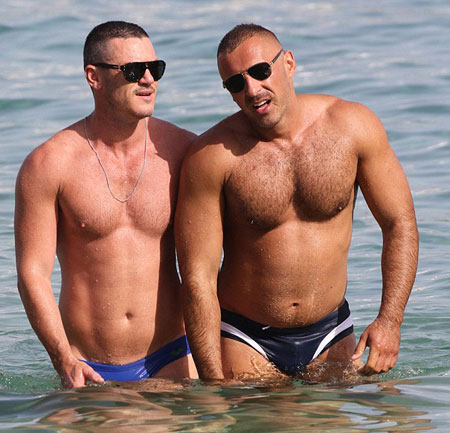 Despite this, the actor didn't reveal anything about him dating the man as he was still in a relationship with Jon.

He looked in great shape and relaxed with him enjoying his relaxing vacation in Greece.

Born(15 April 1979 )and raised in Pontypool, a small town in Rhymney Valley, Wales, London, he is born to mother Yvonne and father David Evans, their only son.

He moved to Cardiff when he was just 17 and the established singing Coach Louise Ryan took him under his wing.

Later after hard work and dedication, he won the scholarship program for The London Studio Centre in Kings Cross and graduated in singing and theater in 2000. 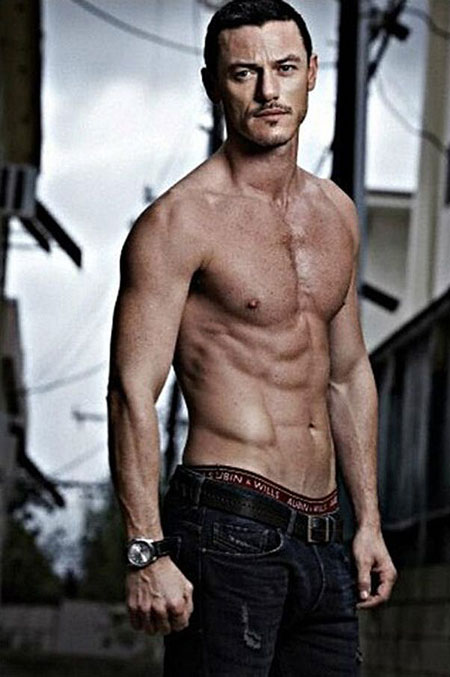 He started off doing plays and drama which became the most notable at the Edinburgh Festival in 2008.

That was the year when he grabbed a major role, playing Vincent in the play Small Change which gained him a huge recognition among the casting directors and agencies.

His career took a major turning point when he got his first debut in 2010 movie Clash of the Titans followed by Sex& Drugs& Rock &Roll. 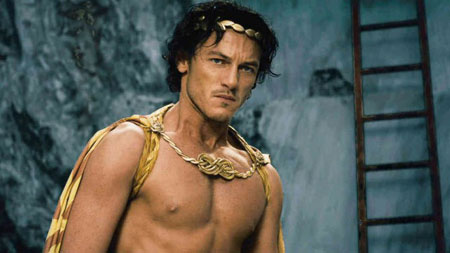 Luke Evans from a shot from his movie, Clash of Titans
Source: Divinity

Soon, he became a popular and one of the talented actors and acted in movies including, The Three Musketeers, Blitz, The Hobbit, Fast& Furious 6, Dracula Untold, Free Fire and much more.

In 2015, he was entitled as GQ's one of the 50 best Dressed British Men and that same year he signed to portray the role of Gaston in Beauty and the Beast that was released this year.

The gorgeous actor is of British descent and his net worth is estimated to be $6 Million Dollars. As for now, he's busy filming movies like 10x10, Professor Marston & the Wonder Women and State Like Sleep.

All in all, we wish this hot actor best wishes for his future endeavors and hope he soon reveals who he's dating.