Home Article Who is Nicky Jam Married to? Detail About His Relationship and Children

Who is Nicky Jam Married to? Detail About His Relationship and Children 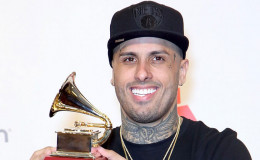 The famous American singer and songwriter Nicky Jam married a relationship with his former wife. Also, know in detail about the separation from his fiancee.

The famous American singer and songwriter Nicky Jam is famous for bringing some of the best Reggaeton. Singer Nicky is actively involved in producing music since 1994.

However, the 37 years old singer's personal life isn't so smooth as his career. Unlike other newlywed celebrities, Nicky suffered a tragic end as the pair separated not more than two years. Let's take a look at the mediocre life of Nicky's private life including his divorce with his former spouse!

Who is Nicky Jam Engaged to?

Nicky Jam moved on with someone special in his life after divorce with his wife of eighteen months, Angelica Cruz. He is engaged to Cydney Moreau, a 25-year-old fitness model who previously worked as a D1 track athlete. 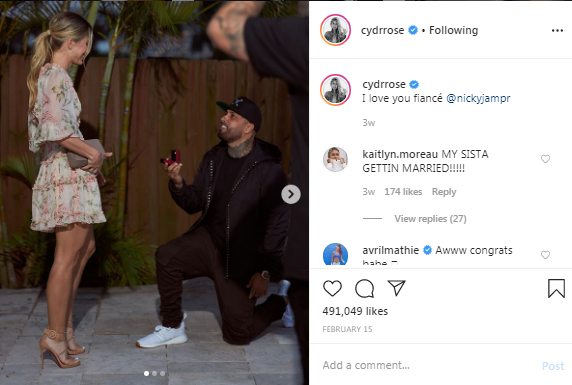 In a way to make the engagement more special and romantic, Nicky confessed his love on Valentine's Day. His post translated to " The best Valentine of my life. I Love You. I hope we last until we're old. I am the happiest man in the world and no one can change that".

The 5 ft 9 inches tall proposed his fiance with a dazzling diamond wedding ring on February 15, 2020, getting down on one knee. Since then, it seems like the pair is in a live-in together relationship.  Nicky and Cydney are soon planning to walk down the aisle too.

The singer-songwriter began his lovey-dovey relationship with Louisiana native, Cydney Moreau in December 2019. They met on the set of Nicky's "Atrevete" music video in 2019 which was done in collaboration with Sech.

She's even starred in the music video " Atrevete" and a few days later, they developed feelings and tend to take the romance to the next level. Indeed, Nicky, as well as his darling, appeared on one another's Instagram for the first time on December 8, 2019.

Although the "El Ganador" singer was once rumored of being in a relationship with Paulina Cruz there is not a single picture of the alleged duo. However, neither of the parties admits it and proved it hoax later.

The famous singer Nicky Jam married the love of his life, Angelica Cruz, on 3 February 2017 in Medellin in Colombia. After remaining in a romantic relationship for nearly a year, Nicky finally tied the knot with the gorgeous and beautiful actress Angelica Cruz.

It became the night to remember as the ceremony included some of the A-class celebrities including Vin Diesel and Enrique Iglesias. In addition, local outlets reported that Gente de Zona and J Balvin also attended the wedding.

A couple of hours before the ceremony, Nicky shared videos of himself, getting ready with family and relatives. In addition, the most adored actor Diesel went live on Facebook with Nicky and spoke about the wedding. Diesel admitted;

Moving back to the time, the pair together first got caught arriving at Miami International Airport with Cruz in March 2016. When asked about the romance, Nicky replied;

"Yes, she's my lady, we've been together for a little over a year."

Later the couple went on straight making an official announcement of their wedding. They even shared two daughters, Alyssa Rivera, and Yarima Rivera. Moreover, he parents two children from his past relationship.

Unfortunately, their love life didn't last long after the pair parted their ways following their divorce in July 2018.

The newlywed couple Nicky Jam and Angelica Cruz less than two years after vowing "I do." Rumors swirled up like a hurricane in the media for weeks that the pair parted their ways. 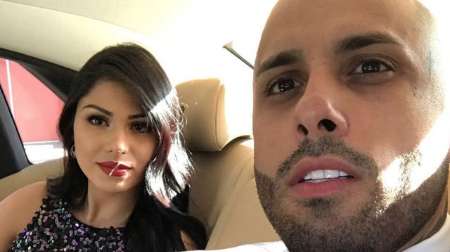 While it still remained a hoax for some period of time, Telemundo's Suelta La Sopa (the first ones to sight Nicky and Angelica at the airport) already confirmed that the two of them divorced.

Also, Read: German singer Sarah Joelle Single for a long time; Is she hiding her Dating Profile? See her Relationship and Affairs

Later, the revealed court's document clarified that the pair called it quits. The documents explain in-detail about spousal support and their prenuptial agreement.

According to the dates on the paperwork, Nicky filed for divorce on July 15. Yet it got finalized a little over a month later on August 21, 2017.

You May Like: Pia Mia; The American Singer is Dating. Know about her Affairs, Boyfriend, and Relationship

Who would believe that once upon a time, someone's best wedding would later turn to the nightmare of all time? Well, this is it, the duo sudden separation still left the world, wonder once or even twice. 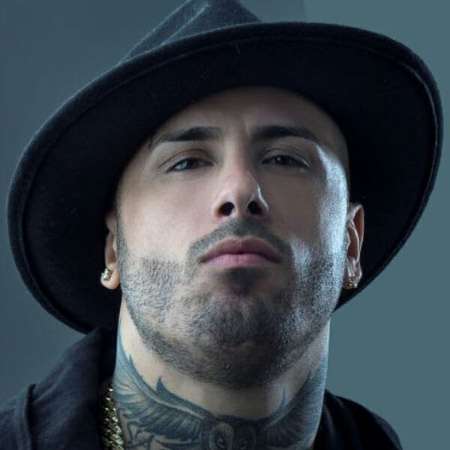