Home Article Who Is Rhea Seehorn's Fiance, Is She Going To Marry Her Friend's Ex-Husband?

Who Is Rhea Seehorn's Fiance, Is She Going To Marry Her Friend's Ex-Husband? 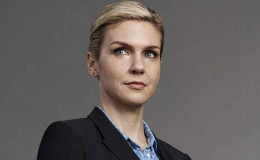 Started as a fresh-faced girl in Hollywood, Rhea Seehorn has come all the way wowing her fans and audiences for more than two decades of her work and her rise in the professional career did coincide with finding a partner in her life.

Celebrating their 5th anniversary this year, Rhea shares an adorable relationship with her fiance Graham J. Larson and is soon planning for her big day. Let's know some detailed information about their blissful relationship!!

Planning For A Beautiful Wedding Soon? Rhea Seehorn's Romantic Life With Her Fiance!

Rhea Seehorn is looking forward to a beautiful wedding!

The 46-years-old actress is no stranger to the public as she has been working in the entertainment industry for some time now. Seehorn has taken her relationship away from Hollywood sharing a romantic relationship with a real estate agent and her fiance of 7 years, Graham J. Larson. 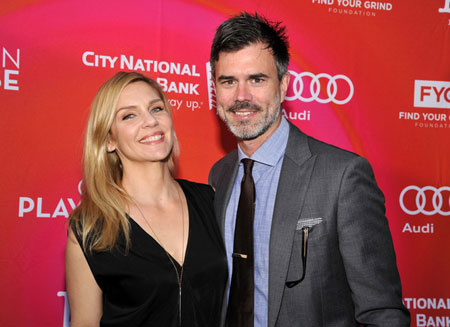 Rhea and Graham are engaged for 5 years
Source: Zimbio

Seehorn tells the story behind their meeting in an interview with Seth Meyers and looks like her fiance is her friend's ex-husband.

She tells in a statement,

"I was in a salon in L.A and talking about dating with this fabulous woman named Mary Alice Haney who makes incredible dresses. We were just talking for 30 minutes and I was thrilled to make a great girlfriend in L.A and she said, 'I know who you should be dating' and she set me up with what turned out to be her ex-husband."

Not many details are known about her love life but the couple got engaged in 2013 which she revealed in an interview. Not only she shares an amicable relationship with her husband-to-be but also shares two children with her fiance from Larson's previous marriage.

If you follow her on her social media, she shares a lot of pictures with her fiance and kids. The couple is often spending some quality time together.

Rhea went to Mexico with her family during the spring break of 2018 of which Graham shared an adorable picture on his social media. The actress seemed pretty close with her step children.

You know, just some morning reading before my set call. Man, am I grateful. Thank you @grahamjlarson , @haneyofficial , & #BCS.

The Breaking Bad star also shared a picture of her soon to be husband when he surprised her with a delicious cake on her birthday.

Didn't have time for a birthday party (yet!), but my fiancé surprised me with one of the most amazing cakes I have ever had!!! Thank you @grahamjlarson & thank you @pieceofcakela for making this dream of berries nestling on clouds of sponge cake & buttercream! (My awesome bonus boys (soon-to-be stepsons) call me Rhea-Rhea, hence the moniker. In case you were wondering if it was my new rap name.)

She captioned the picture with a loving message for her fiance,

"Didn't have time for a birthday party (yet!), but my fiancé surprised me with one of the most amazing cakes I have ever had!!! Thank you @grahamjlarson & thank you @pieceofcakela for making this dream of berries nestling on clouds of sponge cake & buttercream!  (My awesome bonus boys (soon-to-be stepsons) call me Rhea-Rhea, hence the moniker. In case you were wondering if it was my new rap name.)"

Graham also took to Instagram about their past dating days calling on their 4th Anniversary and giving a loving message to his fiance on 26th of January 2017.

Nevertheless, spending five years together has been no surprise for the couple and the couple looks forward to spilling the news of their big day pretty soon.

While Seehorn was studying when she had a growing passion for films and acting and later enrolled in the contemporary theatre in college.

Her father left her a message that she must do everything she wants to do in her life when he passed away while she was in college. She then signed up for the acting classes and pursued her dream for acting. 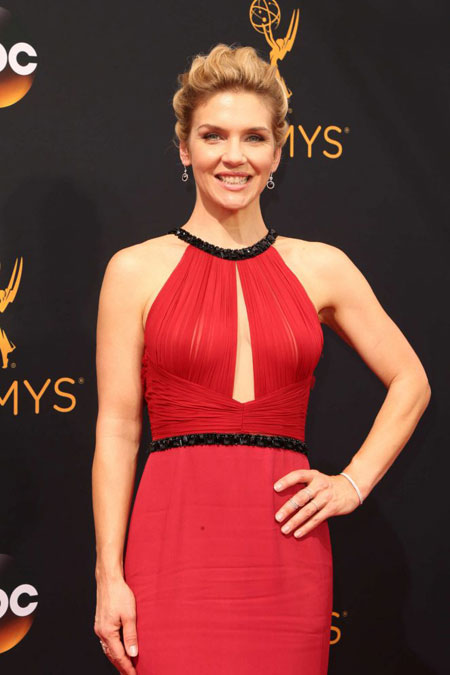 Rhea has screened in numerous movies and has given 2 decades of her life in Hollywood
Source: GotCeleb

She debuted from the movie A Case Against Karen as Shari in 1998 and since then she has been involved in numerous TV films and series contributing more than 2 decades of her life in Hollywood. 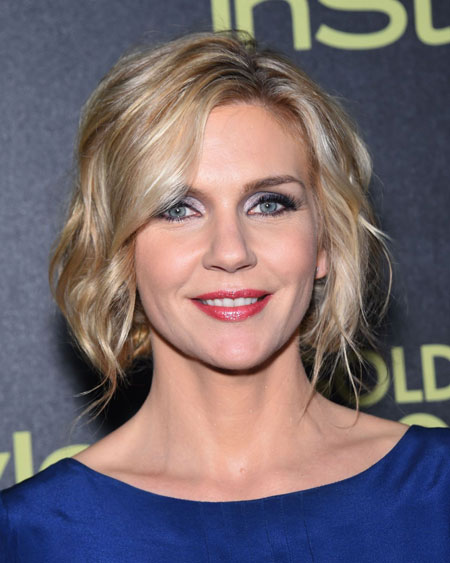