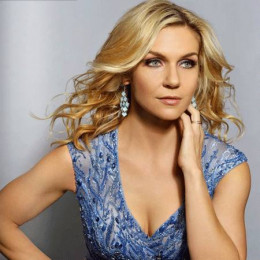 She is an American actress best known for her role in the Breaking Bad prequel, Better Call Saul as Kim Wexler, in I'm With Her as Cheri Baldzikowski and in Franklin & Bash as Ellen Swatello. She studied painting and drawing from a young age and was inspired to go into the arts by her father and grandmother. After completing college she performed at the Woolly Mammoth Theater Company and Arena Stage. She has appeared in Broadway production of the Neil Simon play 45 Seconds.

Rhea Seehorn was born on May 12, 1972, in Norfolk, Virginia and she was raised in Japan, Arizona and Washington, D.C. She is American and belongs to white ethnicity. She learned painting, drawing, and architecture from a young age, following in the footsteps of her father and grandmother.

Her passion for films and theaters influence her to join contemporary theater in college. She graduated from  George Mason University in 1994 with a Bachelor of Arts in Art Studio.

Rhea Seehorn started her acting career in 1997. She made her film debut in 1998 in A Case Against Karen as Shari. Some of her notable films include Why Spain?, The Pitch, The Gentleman, Eat Me!, Riders, The Shaggy Dog.

Seehorn debuted in tv in 2003 in ABC sitcom, I'm with Her. She has appeared in a number of TV series such as  Head Cases, The Singles Table, The Starter Wife, American Dad!,  Whitney and many more. 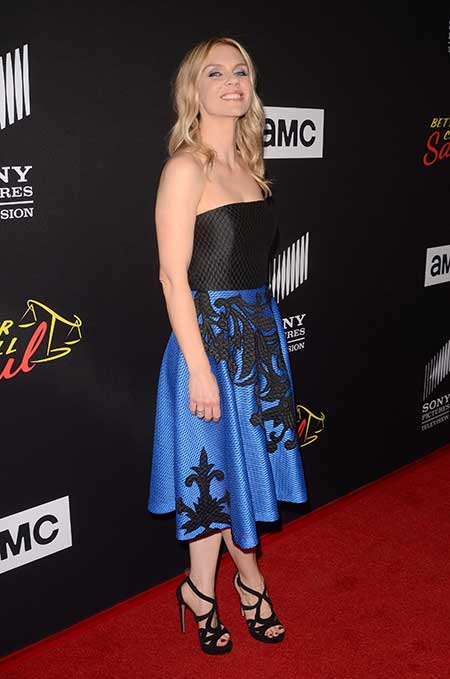 In 2015, she starred in crime drama series, Beter Call Saul where she played the role of Kimberly "Kim" Wexler. She even won Saturn Award for Best Supporting Actress on Television for her role in 2018. Her latest appearances on TV on Roseanne and Robot Chicken.

Rhea Seehorn is one of the prominent Hollywood actresses, she has an estimated net worth of $2 million. She earned more than $300k from her appearances in movies and TV series.

In 2006, Seehorn starred in the family comedy film, The Shaggy Dog which earned more than $87.1 million at the box office against the budget of $50 million.

Rhea Seehorn is happily married to her longtime boyfriend, Graham J. Larson, real estate. The duo tied the knot at an intimate ceremony in the presence of their closed ones and family members. The duo is blessed with children, Gray Larson (born on 2007), McLain Larson (born on 2008).

Seehorn often shared her family pictures on Instagram where she has more than 59.9k followers.

#Luzia is maybe one of my favorite @cirquedusoleil shows ever! If you can see this on tour, GO! Thank you so much, & happy holidays, #cirquedusoleil; from me and my 3 awesome guys!

Previously, she linked up with the lawyer Kim Wexler(Jimmy McGill) from the Breaking Bad prequel, Better Call Saul. She currently resides in Los Angeles.

Check out the video of Rhea Seehorn,