Home Article Who is Stacy Hinojosa Dating Currently?Know in Detail About her Boyfriend and Relationship

Who is Stacy Hinojosa Dating Currently?Know in Detail About her Boyfriend and Relationship 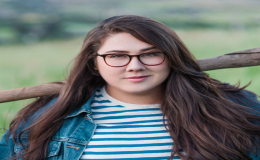 Widely famous for her popular gaming channel StacyPlays, Stacy Hinojosa is an American YouTube content creator. She is also an accomplished writer, producer, and photographer.

Just like SSSniperWolf, Stacy Hinojosa, the YouTuber and internet personality is active on various social media sites. She shares various aspects of her life; however, she hardly discusses her romantic life.

I'm on a billboard!!?! 😳UTAH MEET AND GREETS! I'm so excited to be doing my first ever event in Utah next month. I'll be at CVX Live on August 4-5. Click the link in my bio and use code 'StacyPlays' for passes to my Superfan Meetup. I'll be doing a Q&A, followed by signings and selfies. To offset the cost of the passes, I'll also be giving a StacyPlays swag bag to Superfan attendees. See you there! 💙🐾

The fans, thus are forced to find clues about her love life from her social media sites. Scrolling through hundreds of posts, it is hard to find any hint that might suggest she is in a relationship. So, it looks like she is single. Or it could be that she may be in a relationship and wanted to be private. You never know. However, there are no known public relationships of her.

Stacy is a busy person who is developing content for her three channels. In addition to that, she is also a consultant for the Epic Reads YouTube channel. So, it would not be surprising if she is single because of her busy schedule.

Stacy Hinojosa is not totally secretive, Know more about her Personal Life

Stacy Hinojos was born on August 23, 1983, and currently lives in northern Utah among mountains. She came from a military family and traveled a lot during her childhood because of her father service. She lived in Germany, Washington D.C., New York and Los Angeles before finally settling in Utah.

Rocking a sweet choker back in '92 for a ballet recital. Happy Father's Day, Dad. Thanks for always always being by my side.

The most prominent feature of her is that she is an animal lover. She has three dogs, Page, Molly and Polly, and a cat Milquetoast. Her pets often feature on her YouTube videos, and her Instagram is filled with pictures of her dogs.

In fact, she moved to  Salt Lake City, Utah, where her parents live so that they can take care of her dogs when she is out of town to attend conventions and similar. Now, this is called true care and devotion.

Also See: You Tuber Johannes Bartl; Is he Dating Someone? Know His Career and Relationships

Stacy, in addition to that, is a strong supporter of LGBTQ rights. However, she doesn't like to make her Youtube channels political especially her gaming YouTube channel stacyplays. She also aims to make her channel family friendly as much as possible.  She do not use offensive language in my videos and do not play games that contain offensive language, gun violence, or adult themes. 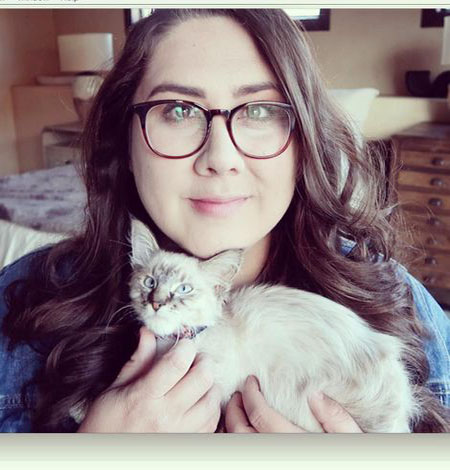 YouTuber Stacy Hinojosa with her cat.