Home Article American actress Tessa Thompson, still an eligible bachelorette. No boyfriend as for now: Is she waiting for a someone special?

American actress Tessa Thompson, still an eligible bachelorette. No boyfriend as for now: Is she waiting for a someone special? 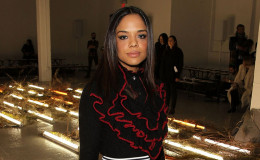 American actress Tessa thompson is single and not dating anyone. She was rumored to be dating co-actor Michael B. Jordan but it was falsified

Entitled as Hollywood's next rising star, Tessa Thompson has truly proved herself as one of the talented actresses in the cinematic world.

Her outstanding performances in movies like Dear White People and Golden Globe Award-winning movie Selma has gained her huge recognition and now her bold role as Charlotte Hale in the famous HBO series Westworld has made her even more popular.

She has also been grabbing headlines with her rumors of dating hot hunks of the Hollywood. Could they be true? Let's find that out in today's section.

Well, guys, we're sorry to tell you this that Tessa Thompson might no longer be an eligible bachelorette! 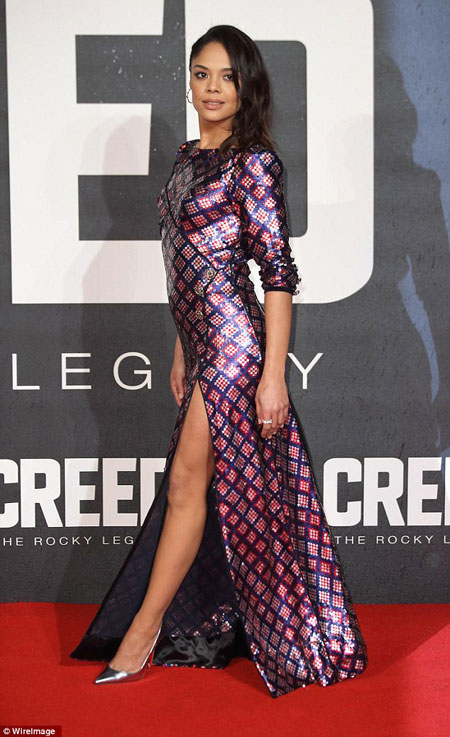 Creed star Tessa Thompson brought the glam to London on Tuesday night as she strutted down the red carpet for the UK premiere of her new film Creed, Source: Daily Mail

Sources report that she has been dating the Beyond film actor, Ben Crowley for the past few years.

Despite the rumors, the pair, however, has not confirmed their alleged relationship and we might doubt that this could be a false rumor. 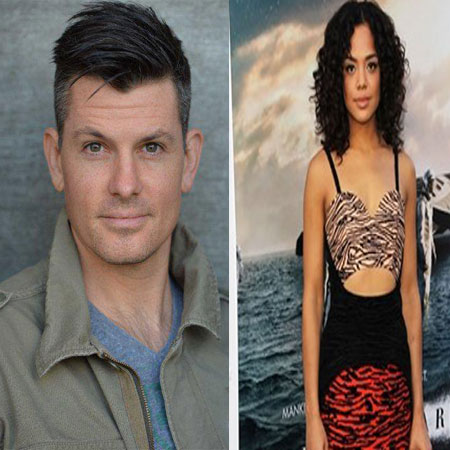 They have not been spotted together in any of the events and neither of their social media accounts has pictures of them hanging out together.

So, we guess this could be just another hear-says in the web and two are perhaps not dating.

Tessa and her co-actor Michael B. Jordan possibly dating!!

The on screen adorable couple, Biana and Adonis, was one of the most loved couples and they seemed irresistible in the movie. 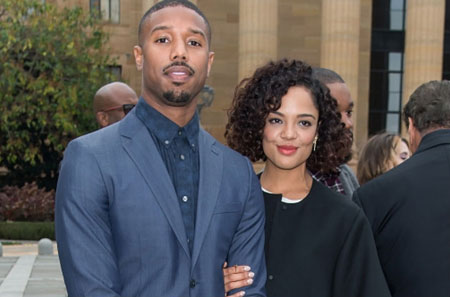 Tessa with her onscreen beau, Michael B. Jordan, Source: UnCova

However, rumors have been swirling up in the industry that the two might be possibly dating. In an interview with Hello Beautiful, Tessa revealed that she had to do steamy love scenes with Michael and both were comfortable with that.

"I think for us it was about being emotionally naked and not so much the physicality. Mike and I were fast friends and we were long admirers of each other’s work, so we had an easy rapport and it didn’t feel awkward."

Literally, when we shot it that day Ryan was the only one who was in and out of that room." 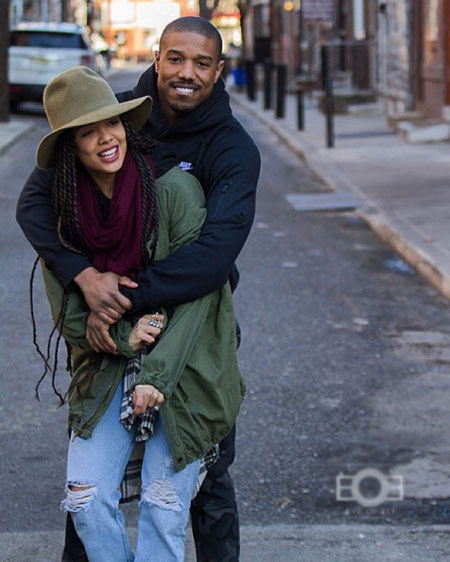 Tessa with co-star Michael in a photo shoot, Source: Tumblr

Belated public Happy Birthday and Congrats to @michaelbjordan . You have entertained me mightily this year, friend. ????Photo by @aspictures c/o @wbpictures

feeling all of the love. @creedmovie is out. I've got 3 songs on the soundtrack on iTunes along artists I admire. heart full. thankful. proud as can be of you @michaelbjordan

In fact, Michael was rumored to be dating Kim Kardashian and gorgeous model, Kendall Jenner.

The rumors reached it's peak when he was spotted leaving a Met Gala party with Kendall Jenner but  Michael soon addressed the rumors stating that they are just good friends.

"Kendall's a friend of mine, you know. I don't know her, like, that well, but I know her enough. People's perspective on that is what it is. I don't f***ing know. I don't live my life to make other people happy."

Well,  it's clear that both Tessa and Michael are not looking for a relationship right now so marriage is out of the picture.

Tessa Thompson still stands out as an eligible bachelorette

The gorgeous 33-year-old actress Tessa is still single guys! She is not dating anyone of which we know and she is possibly single. 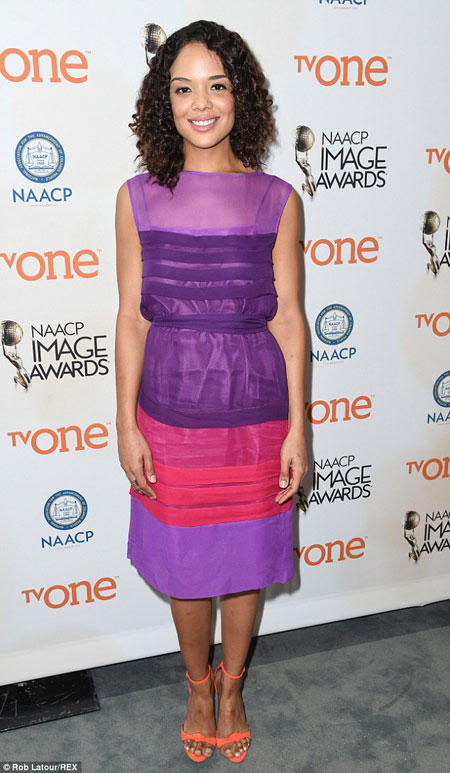 She currently stars as "Charlotte Hale" on the HBO series West world and she is busy filming her next big movie, Annihilation.

She is super-focused in her career and taking much time before settling down and having kids.

From yesterday's @nytimesfashion section. Thanks for having me. Wearing @phelanofficial and @brothervellies. Smiling like a goof because I'm sitting in the @2stnyc house. Smart People opens tonight. photo @Isaktiner for The New York Times

Here's a video of Tessa Thompson on ODE talking about her chemistry with co-actor Michael Jordan in the movie, Creed.

Well, we wish the gorgeous actress best wishes in her future endeavors and hope she brings us with great movies in the future too.