Home Article Who is TV actor Kalama Epstein's Girlfriend? Know Details About His Affairs and Career.

Who is TV actor Kalama Epstein's Girlfriend? Know Details About His Affairs and Career. 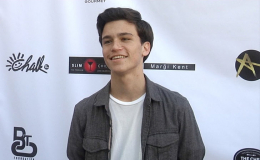 The 19-year-old actor Kalama Epstein a good looking TV actor became an icon among the LGBTQ playing the realistic gay character on 'The Fosters'. His character on the show was so effective that his fans didn't stop questioning him about his sexual preference. While things about his sexuality is still a hot topic, it's obvious that he's rumored to be dating someone for a few years. What's the reality behind those rumors?

'Crazy Ex-Girlfriend' star Kalama Epstein manages a well-balanced career and a personal life. He is followed by a huge number of the audience and they definitely wanna know what's going on in his life. Well, the article below helps you to grab the details about his life!

Who Is Kalama Epstein's Girlfriend? Is He Dating Or Single?

'No Good Nick' star Kalama Epstein is a good looking 19-year-old actor who is currently in a romantic relationship with California based actress Daniela Leon. The two have been dating for a few years and are open about their relationship.

The pair have been dating for over two years as Epstein first shared a picture with her on September 25, 2016. See his Instagram post from 2016!

WHAT THE F*CK IS MCID?

After kicking off their dating life in 2016, the duo has been regularly posting their love life on the Internet. Either on the events or relishing the holidays, Epstein is living a great romantic life.

They recently celebrated their second anniversary in October 2018 and shared an adorable picture in his Instagram. Have a look at the picture! 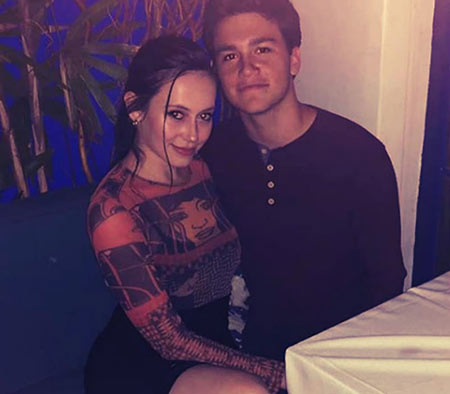 He attached a beautiful and funny caption to the picture,

"Celebrated two years with this beautiful soul yesterdayHad an absolutely magical weekend at Disney and a beautiful dinner last night. It was all just total perfection"

They love enjoying time together and are always open about their relationship. We wish them the best, and with their strong bond, we won't be surprised to see them engaged soon.

Kalama Epstein Career; His Gay Character In 'The Fosters'

'Liberty Crossing' actor Kalama Epstein made an early start in the entertainment industry. Early at the age of one, he played as Jesse's baby in Baywatch. Recognizably, he started making an impact from 2011 and played a famous gay role of Noah in TV series 'The Fosters'. 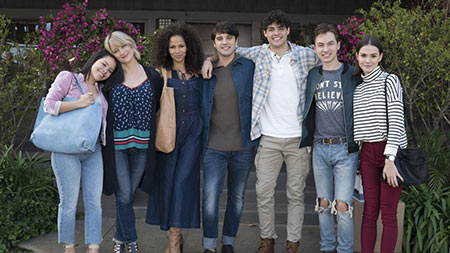 Kalama Epstein with the cast of The Fosters.
SOURCE: TV Insider

He got major success and grabbed the attention of the audience from the series 'No Good Nick' in 2019. He portrays the character of Jeremy and has been a part of 20 episodes so far. Prior to 2019, he has been part of some decent series like 'Hawaii Five-0', 'Bella and the Bulldogs', 'Liberty Crossing', 'The Fosters', and so on.

See More: TV Actor Sal Vulcano's news regarding his wife, girlfriend or any affair is still a secret: People have started the rumors of him being gay

From all his performances, what actually created buzz over the internet was his gay character Noah, in the series 'The Fosters'. Check this picture out, where he's kissing his on-screen gay partner Hayden Byerly who portrayed the role of Jude Adam Fosters. 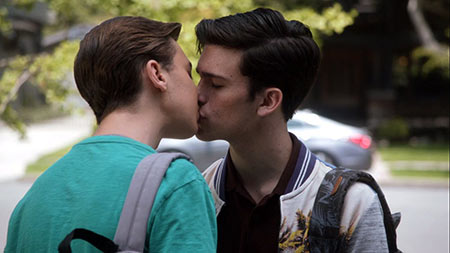 Kalama Epstein and Hayden Byerly kissing in the season 5 episode 7 of The Fosters.
SOURCE: Pinterest

He gave an interview, where he talked about his character!

People often ask about his sexuality and he is quick to reply with an answer regarding it. When asked if he's gay, he said

"As of right now, I’m keeping my sexuality private. Just because of the fact that there are so many reactions. No matter what I say, there’s going to be a big reaction online, so I’ve decided to keep it private as of right now."

He believes his gay character has nothing to do with his real life and expresses how his family is super supportive of everything. He doesn't really care about judgment and criticism, and rather focuses on his personal life and career. 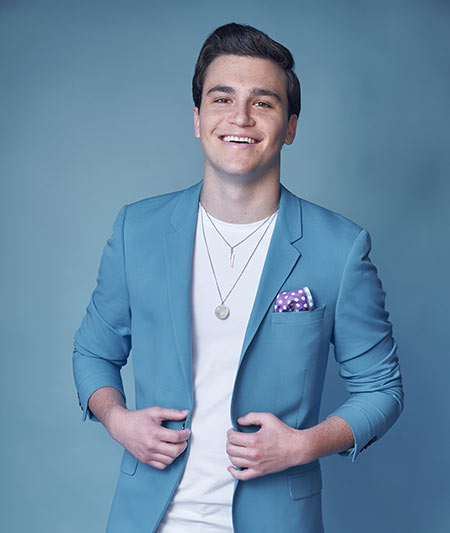 For more information on your favorite celebrities, visit marriedwiki.com/article