Home Article Who Is Tyler Seguin Present Girlfriend: What About His Past Affairs and Rumors?

Who Is Tyler Seguin Present Girlfriend: What About His Past Affairs and Rumors? 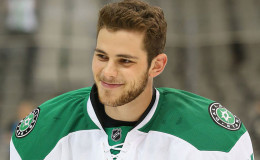 The Canadian ice hockey centre Tyler Paul Seguin is extremely busy these days building up his professional career. He signed an eight-year contract extension with the Dallas Stars in September 2018. Despite being so busy with his profession, he still manages to spend quality time with his family members.

Besides all, his fans are taking much interest in his dating life. Is he dating a girlfriend at present? Is he sparing equal time for the love of his life? Wanna know all? Let's get every detail below!

Tyler Seguin's Personal Life: Is He Dating a Girlfriend?

Dallas stars captain Tyler Seguin is pretty much concentrated to his professional career than living a romantic life. Seguin who signed an eight-year, $78.8 million extension deal with the Stars has maintained his personal life behind the bars so, it's a tough task to get details about his dating life.

You May Like: Paige Selenski an American field hockey player is Dating someone, meet her Boyfriend here

He barely talks about his girlfriend during interviews and he barely posts anything thing that gives us a hint that he's secretly dating a girlfriend. 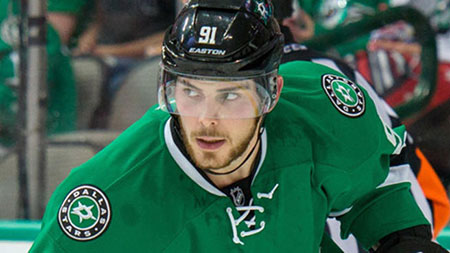 Hence, we have to say that he's most probably single at the moment. He might have a couple of romantic dates in the past but everything about his dating life is kept low-key.

Discover: NHL Hockey player Johnny Oduya is all set to come back on the field post-injury: Know about the inspiration of his life, his girlfriend Alexandra Berhe: Happy couple

There's no doubt that the star has huge female fan followers who eagerly wish to date him and be an intimate part of his life. We wish to see him living a beautiful life with his soulmate soon.

Though the Canadian professional ice hockey center Tyler is pretty secretive regarding his dating life, he freely flaunts about his life with his family members via his Instagram posts.

He frequently posts images with his three dogs. Have a look at all of the three dogs celebrating Halloween and posing for a snap!

Earlier in March 2018, he posted images of his grandparents expressing all his love and affection for them.

"The Seguin Family Tree Two limbs have fallen from the family tree. We hear a voice that whispers, “Grieve not for us”. Remember the best times,
the laughter, the songs
The good we lived while we were strong."

- The Seguin Family Tree Two limbs have fallen from the family tree. We hear a voice that whispers, “Grieve not for us”. Remember the best times, the laughter, the songs The good we lived while we were strong. Continue our heritage, we’re counting on you. Keep on smiling, the sun will shine through. Our minds are at ease, our souls are together at rest. Remembering all...how we were truly blessed Continue traditions, no matter how small, Go on with your lives, don’t stare at the wall. We miss you all dearly so keep up your chin. Until that fine day we see you again. - Sometimes a game and sport can take over life. Sometimes life reminds you its just a game. I know my families been hurting. To loose one of my biggest fans, and within the same week loose the next. Its like from a movie the love you two shared and how the chapter closed. I knew there was no way we wouldn’t win tonight with both you guys watching together for the first time. Im glad everyone got to smile. Love you Papa and Grandma. Rest in Peace.

Not just his late grandparents and his pets but his sisters also have a special place in his heart. He seemed so proud of celebrating her graduation and her turning 19!

Happy birthday to my youngest & beautiful little sister @cassidyseguin !! I can't believe you're 19 today. I am so unbelievably proud of the woman you are becoming. Enjoy your first few legal drinks. And only a few. Love you

Well, we can say that Seguin is an avid family man.