Home Article Who Is Venus Williams Dating? Know about her Relationship Timeline and Children

Who Is Venus Williams Dating? Know about her Relationship Timeline and Children 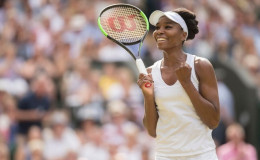 Who Is Venus Williams Dating? Know about her Relationship Timeline and Children; Also, see her Career, Wiki, Bio, and Net Worth

And the irony is, Venus's sister, Serena Williams defeated Garbine in this same ring. But don't feel sad for her as Venus herself stated that she will bounce back from the bitter defeat.

Well, fret not as you came to the right place as today in this section we will be covering her secret personal life.

First of all, we feel so sad to hear about her defeat in the London Wimbledon Finals at the hands of Garbine. But don't feel sad for her as the 37-years-old Veteran Tennis star is hell bent on winning a big tournament. 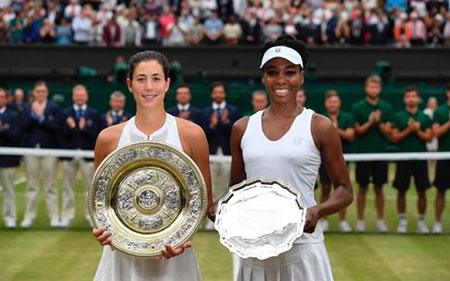 "I've been in a position this year to contend for big titles. It's just about getting over the line. I believe I can."

It's no surprise to hear this from the legendary tennis star and despite suffering a dry season for eight years straight. Many people are debating how she succumbed the title to the Spaniard in the second round.

But people need to realize that Venus was carrying a big burden in her brain. 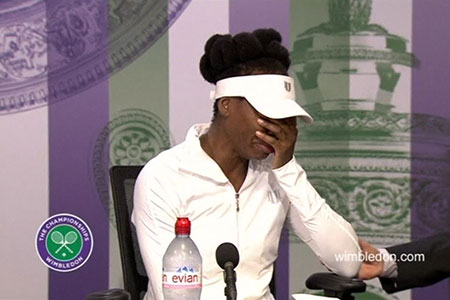 Venus cried during the Pre-Wimbledon conference after she revealed about the car accident, Source: ABC

Twelve days ago, during a press conference event, she revealed that she was involved in a car accident in which a young boy died. She broke down in tears during the press conference.

Venus is not alone during this time as her family and fans are with her. And on top of that, her boyfriend, Elio Pis, is taking care of her during the difficult time. 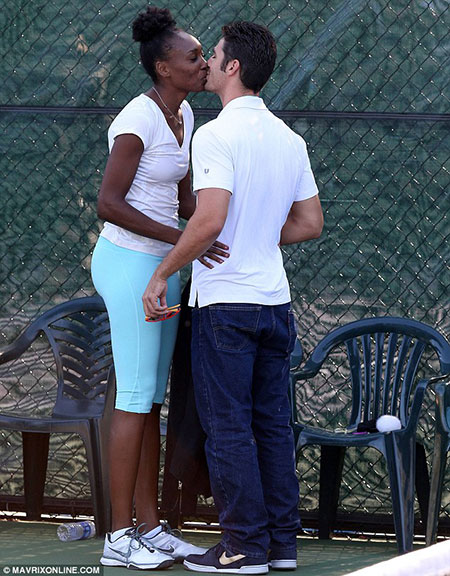 Venus went on a dinner date with her ex Elio Pis which lead to the speculation that they rekindled their relationship, Source: Daily Mail

The pair who dated in 2013, broke up the same year due to some problems in their relationship. But according to many reliable sources, earlier this year, Venus and Elip were on a hot dinner date at the Miami Open.

Now many tabloids are claiming, the Tennis is most probably single. In an interview after her breakup with the Cuban model, she divulged,

“I really can’t plan on who I might meet, date or wed. Now when I think about marriage, it’s about Serena’s”

Looks like the star is currently covering her personal life with professional life and we can see why.

She previously dated golfer, Hank Kuehne in 2007. He used to watch many of Venus's match as a spectator from the stand. They got separated in 2011. 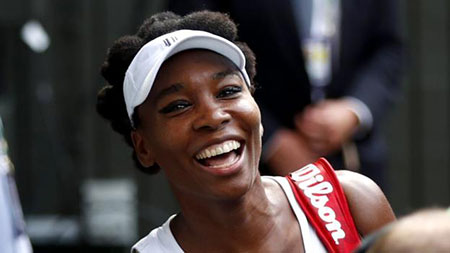