Home Article Whom did Gelila Bekele Married? Know about her Husband and Children.

Whom did Gelila Bekele Married? Know about her Husband and Children. 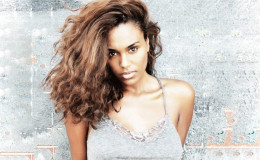 Tyler Perry and Gelila Bekele have a child together. But are they married? What are their plans for their future?

Having a mesmerizing look, Gelila Bekele is an Ethiopian model, humanitarian and social activist. And as of now, she is in a relationship with the multitalented American actor who is also a comedian, producer, director, screenwriter, playwright, author and screenwriter, Tyler Perry.

Tyler Perry, being 47 now, had announced that he was going to be a father on his 45th birthday party. Yes, Gelila Bekele obviously being the mother.

The gorgeous model is currently dating Tyler Perry. He is a successful actor, comedian, and screenwriter.

They have been an item since 2009. It was the same that the couple got together, Perry's mother Willie Maxine Perry died at 64.

Tyler and Gelila at an event, Source: Hollywood take
Despite their lovely relationship, the couple has managed every single step to keep their affair under wrap.

While Tyler came up forth and announced about his fatherhood to come soon, Gelila, on the other hand, had not given any clue to anyone even at her 7th month of pregnancy. In fact, it was Bekele’s friend who had rather posted about her being 7 months pregnant.

Tyler and Gelila; they have a son, Source: Digital Spy

And, their baby whom they’ve named Aman came into the world in November 2014. Well, Aman took his first breath before the wedlock of his parents and even now when he has already been 2 years old, their parents have only been together, just not officially.

The family of three have every reason to celebrate their togetherness.

Are They Marrying or Not?

There was a great buzz around when the news of Bekele’s pregnancy had taken over the media about Perry being a religious person and what he’d do now that he was on his path to becoming a father before espousing Bekele.

People made presumptions on how he’d probably not let the delivery happen before they got married as religious people don’t do so, but it’s already been 2017 and they have not tied their knot yet. 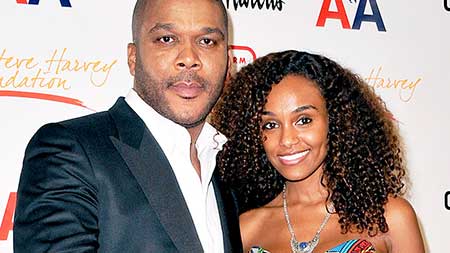 Tyler Perry and girlfriend Gelila Bekele together, Source: US Weekly

Moreover there is no cue of them getting amalgamated any soon because if they were planning to make a white gown for Bekele, at least Perry would drop some hint if not spill the whole beans.

Although Tyler does not have photos of his baby on his instagram, we can know that he is a very happy father and Gelila makes him feel very special because we can find photos of cakes that say “happy father’s day”. Tyler does not want his son to be seen in the public.

This is what I woke up to today! Happy Father's Day to all of us that are blessed enough to be called one!

He expresses his gratitude towards the infant and shows how happy and proud he is to become a father. Moreover, his captions depict how responsible he is towards his baby and the baby’s mother. Even with all this, Perry and Bekele have not seen to be making any remark about them getting married. So their fans probably have to wait a little while more for the good news probably. We can just hope that this couple decides to marry and little Perry will be happy to attend their wedding.