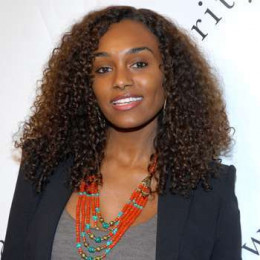 Gelila Bekele is a stunning Ethiopian model, humanitarian and social activist, best known for working with Ford Models. Till now she has appeared on several ad campaigns like Colgate, Levi's, Pantene, L'oreal and has appeared in Lucky, Allure, Essence, Marie Claire and various fashion magazines. Her modeling career started, after a scout for Ford Models noticed her in her native country.

Gelila Bekele is still unmarried but in a romantic relationship with her longtime boyfriend, Tyler Perry. They have been living together since 2009. 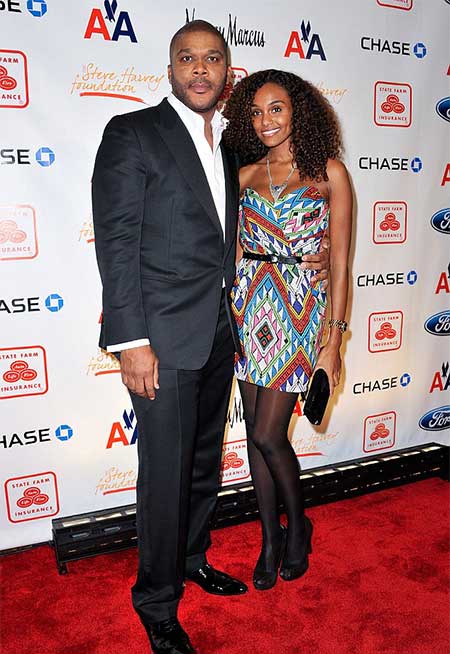 Her boyfriend is an American actor, comedian, filmmaker, and songwriter. The proud father and a lover, Tyler announced that he was going to be a father on his 45th birthday celebration.

The duo is blessed with a baby boy, Aman Tyler Perry who was born on November 30, 2014. As of January 2020, the family of three resides in Atlanta, United States.

Above all, the pair tries their best to keep their romance and future wedding plans to themselves. The cupid rarely misses flaunting their amazing chemistry on PDA, Private events.

How Much Is Gelila Bekele's Net Worth?

Bekele's partner, Perry falls under the list of Forbes's highest man in entertainment grossing $130 million amid May 2010 and 2011.

The New Orleans, Louisiana born celebrity produced and wrote a number of stage plays during the 1990s and 2000s. In addition, he has developed some television series like Tyler Perry's House of Payne that aired for eight seasons on TBS.

Further, Tyler acted in films including Star Trek, Alex Cross, Teenage Mutant Ninja Turtles: Out of the Shadows and Vince. In October 2012, Perry held an exclusive multi-year partnership along with Oprah Winfrey and her network.

Lifestyle: How Do Gelila and Tyler Spend their Millions?

Walking into the lifestyle, real estate Bekele and her boyfriend resides in a $14.5 million house located Beverly Hills, California. In 2007, the actor bought a 17-acre estate in the Paces of Buckhead, Atlanta and sold it for $17.5 million later.

In early 2013, Tyler's company ETPC LLC purchased the land of 1,100 acres in New Manchester, Georgia are of Douglas County Georgia. An American film producer and his beloved girlfriend shares vacation properties in both Bahamas and Wyoming.

The couple owned a lavishing car, Rolls Royce which is worth $120,000. Perry, A Madea Family Funeral star owns a private jet valued at $125 million.

Gelila Bekele started her professional model since 2006 with Ford Models in Paris and New York in her early 20s. Currently, she represented by  Women (360), Model Management (New York), and Premium Models (Paris).

Gelila Bekle Interview at Seifu show check out the video,

Both my grandma and my mom smile with their whole body. little of @lauramercier

In 2009, she appeared in the movie, Full along with Dino Antoniou and others. She also enrolled in documentary filmmaking and released her first film, Mai: Life is not Honey in 2015. She launched her book, Guzo! in 2016 which based on the daily lives of native Ethiopians. Besides modeling, she is also a humanitarian and social activist.

Gelila Bekele was born on September 4, 1986, in Addis Ababa, Ethiopia under the birth sign of Virgo. She was raised along with her sister, Anna Wrossetti.

As per her nationality, she is Ethiopian/American and belongs to the Black-American ethnicity. She spent most of her childhood days in Addis Ababa and later shifted to America and Europe pursuing her modeling career.

He is the only child born to Gelila, who is very well mannered and adorable.