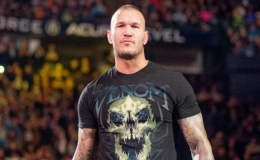 The superstar wrestler Randy Orton got married a second time in 2015. He became lucky the second time around in marriage and is currently living a blissful life with his wife and children.

Randy Orton is blessed with two daughters Alanna Marie Orton and Brooklyn Rose Orton. His first daughter Alanna was born on July 12, 2008, from his first wife Samantha Speno. Since Alanna is his firstborn, she holds a special place in his heart and thus he tattooed her name as well as her birthday on his arm.

The WWE superstar was blessed with another daughter Brooklyn Rose Orton on November 22, 2016, from his second wife Kim Marie Kessler. He was super excited for her birth which can be felt from his tweets.

About 30 hours from now I'll have a brand new baby girl. I'm blessed.

Randy furthermore adores his daughters and regularly posts pictures of them on his Instagram. He especially posts a picture of his younger daughter more frequently and captures all her major milestones in her life.

The professional wrestler's family, however, is incomplete without three sons who were born to his wife Kim Marie Kessler from her previous relationships. The boys are namely Anthony, Robbie, and Randy. He is close to the boys as well and considers them as family. Furthermore, all the siblings get along well together. Orton stated following abut their modern family in an interview with Unfiltered. He stated:

“The way they get along, it’s just the cutest thing. It warms my heart, and it’s because of [Kessler], and it’s awesome. She’s made my life so much more enjoyable.”

The wrestler is currently living his best life enjoying all the wonderfulness of his family. Despite his busy schedule, he makes time for his family and children.

Randy Orton's Second marriage is with Kim Marie Kessler; How is their married life going on?

Randy Orton married socialite Kim Marie Kessler on November 14, 2015, in Las Vegas, Nevada. The wedding was attended by the whole family. The most adorable part of the wedding was Kessler’s three sons and Orton’s daughter participating in wedding as flower boys and girl.

The couple was looking their best on their wedding. Randy was looking handsome in a traditional black tuxedo and  Kim was looking absolutely stunning in a mermaid style white dress.

Also, see: American Pocker Player Rick Salomon's a Year-Long Married Relationship With Ex-Spouse Pamela Anderson; What About His Other Affairs?

The wedding took place after four months of their engagement. Randy popped the question to Kim at a candlelit dinner while they were on a vacation in beautiful island Bora Bora. She was not expecting the proposal so she became quite emotional about that.

The couple is happily married for over four years now and the bond between them is only getting stronger. They are living a blissful life with their five children.

Randy Orton's Previous Relationship; Who was his first Wife?

Randy Orton was previously married to makeup artist and fashion Stylist Samantha Speno. They got married on September 2007 and became a parent of a lovely daughter named Alanna Marie Orton in 2008. 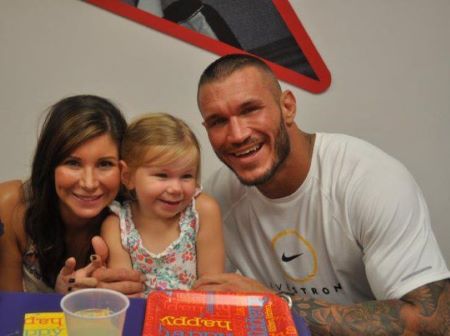 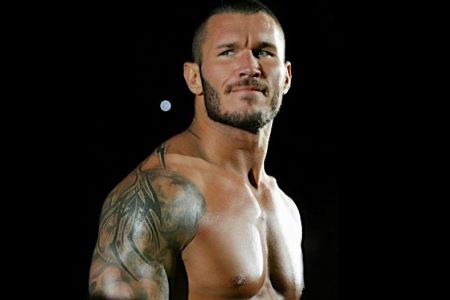