American Pocker Player Rick Salomon's a Year Long Married Relationship With Ex-Spouse Pamela Anderson; What About His Other Affairs? 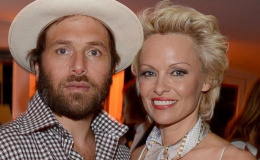 Famous among ladies, Rick Salomon dated and even married some popular celebrities of Hollywood industry. His charismatic appearance and sense of humor are what grabs the attention of the ladies. Apart from dating he also made out with a famous celebrity which caused the biggest buzz at the time.

Crazily rich and famous life of a poker player Rick Salomon involves his interesting married life with one of the Hollywood's hottest actress Pamela Anderson. His interesting relationship with Anderson has everything you might wanna know. So why not get into the details of his life in the article below!

Rick Salomon is a famous American poker player who was previously married twice with Canadian-American actress Pamela Anderson. His marriage to Anderson is crazy and interesting. 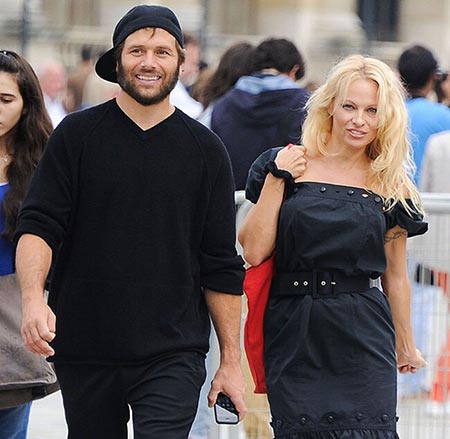 The couple applied for a marriage license on September 29, 2007, in Las Vegas. Anderson talked about the engagement with Ellen DeGeneres, referring her fiance as a poker player. They finally got married on 6th October 2007 at Planet Hollywood Resort.

Their marriage lasted for just about ten weeks as Anderson filed for divorce on December 14, 2007, stating irreconcilable differences. But, the pair didn't stop seeing each other as they were spotted together just after two days. It was for reconciling, however, she again filed to end the relationship in February 2008. The complicated relationship finally ended on March 24, 2008, after the divorce was confirmed.

See More: Disney Channel actress Sierra McCormick is already 18 and don't have a boyfriend or an affair

How convoluted could a relationship get? The crazy duo tied the knot for the second time on January 11, 2014, in the hope that it works the second time. The relationship lacked romance as stated by Anderson, but Salomon was still in love with her. Even her sons with her first husband wanted Anderson and Rick to get along together.

The couple released the joint statement,

"Public divorces can be harsh and cruel – we apologize to our families and friends for any hurt and embarrassment we have caused – we have come to an amicable agreement and are moving on, There are private and personal family sensitivities to consider and we retract any hurtful comments made in haste and distaste. We wish each other and our families well."

Nothing could hold their marriage as on April 29, 2015, they were officially divorced with Anderson getting $1 million as a settlement payment from Salomon. Their strange relationship finally ended with a financial benefit to Anderson.

It's nothing but a surprise as Salomon is still in love with his ex-wife Pamela. Pamela's son Brandon, 22, and Dylan, 21, her son from her first husband are desperate to see Pamela reconcile with Salomon.

A source told The Sun,

'Brandon and Dylan have been begging [Pamela] to get back with [Rick] and say that he is still in love with her.'

The said to their mother,"look mum there's every sign he's still in love with you, he still lives in the house you designed, you could move back in".

Pamela is supposedly dated her new man soccer star Adil Rami but sources reported that they are facing ups and downs in their relationship.

So, there's definitely a chance for Salomon and Pamela getting married for the third time. What say, guys?

Rick Salomon Past Affairs; His Sex Tape With Paris Hilton

Known for winning huge amount in the World Series of Poker event, Rick Salomon dated some big names of the Hollywood industry in the past. He went through some failed marriage lasting for a brief period of time.

He first shared vows with Elizabeth Daily in secret marriage held on July 4, 1995. They were blessed with a daughter Hunter Daily on March 13, 1996, and a daughter Tyson Daily who has been out of the media. The relationship lasted for about 5 years as they officially divorced on March 17, 2000, for some unknown reason.

Read More: Professional Poker Player Dan Bilzerian Lives A Lavish LifeStyle And Fans Wants To Know What's His Worth; See His Net Worth, Earnings And Source of Income

After his five-year marriage ended, He was quick to get committed and married to another actress Shannen Doherty on January 25, 2002. They might have hurried at that time as it ended just after a year on May 16, 2003. 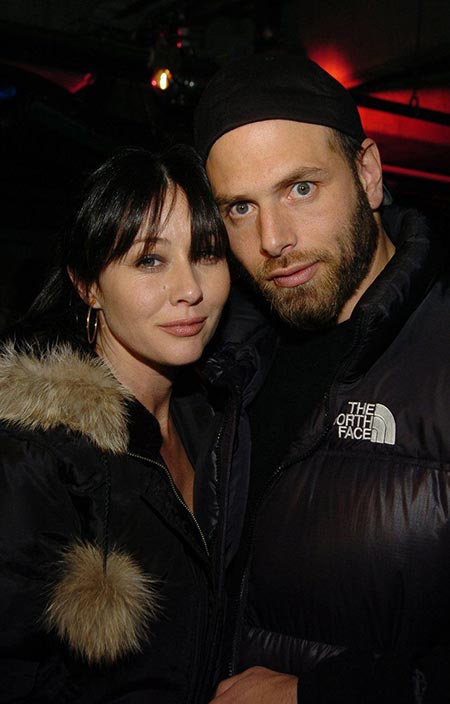 Salomon has a rough history with Paris Hilton as the sex tape featuring them was all over the internet in 2003. He filed a case against the distributors and Hilton family accusing his reputation was being defamed. Hilton charged the distributors, Kahatani Ltd. for $30 million for violating the privacy and emotional distress.

Recommended: Baywatch star Pamela Anderson Looks Gorgeous in Her 50's, She Might Be Secretly Dating Someone, But Who?

Well, Salomon himself distributed the sex tape through the adult film company Red Light District Video in April 2004. He and Hilton family agreed to sell the tape sharing the profit. 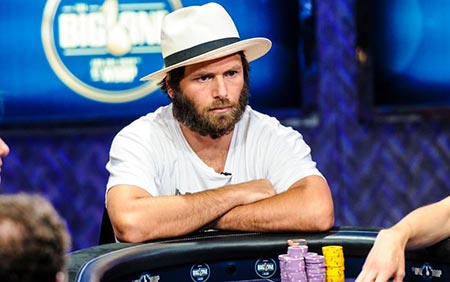 One of the wealthiest poker player Rick Salomon.
SOURCE: The Wealth Record