Home Article Vine star Zane Hijazi's Mysterious Dating Life, Rumored to be a Gay, know about his Affairs and Career

Vine star Zane Hijazi's Mysterious Dating Life, Rumored to be a Gay, know about his Affairs and Career 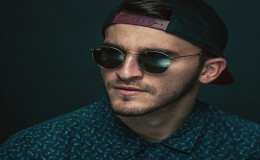 Know about YouTuber Zane Hijazi's dating life and his girlfriend. Is Rumored to be gay, Also see his Affairs, Relationship, and Career

Zane Hijazi is a burgeoning Vine star popular for his channel 'Zane and Heath' along with partner Heath Hussar. Similarly, he is also a YouTuber and has a self-titled YouTube channel with more than 1.5 Million subscribers.

He has a huge fan following so, today we are here to know about the love affairs of Zane and see if he is dating someone or already has a girlfriend!!!!!

Stick with us to know about Zane's love affairs and his amazing career.

Those who love to watch funny videos on YouTube are surely familiar with the charming and talented guy Zane. The popular social media personality is known for his sarcastic and fun videos.

Zane is a kind of person who can easily win your heart but seems like he has not found the one who has been able to win him as the handsome hunk is reportedly single these days.

i wanna dye my beard pink

Well, you heard it, right guys, Zane is reported to be single and unmarried despite his alluring personality. Hijazi, however, has not spoken about his affairs so we can only assume him being single and not having a girlfriend.

It doesn't end here, as Zane is rumored to be a gay as he was seen kissing a boy on his Vine videos. But we cannot question his sexuality as he has not spoken about it yet.

As of now, we can say that Zane is very much focused on his career and is not thinking about affairs and relationships.

Before fame, he was a travel director working for several logistic companies at various hotels and airports from West Palm Beach to Miami Beach in Florida.

But the destiny has something else planned for him. It all started when he began posting a 6-second funny video on his channel "Zane and Heath" with his pal Heath Hussar resulted them to be popular worldwide.

Giving a good start to success, Zane then began to post funny videos enriched by fun, sarcasm, and silliness.

when bae asks for a drag pic.twitter.com/Ihcctld59p

Here is the video of Beer Goggles.

Similarly, he also created his own self-titled YouTUbe channel and began posting funny videos. It did not take much of a time for him to create his own audiences and within no time he has been able to accumulate more than 1.5 Million subscribers. He is also famous

He is also famous on other social media including Instagram with over 1 million followers and Twitter with more than 600K followers,

Facts you should know about Zane Hijazi 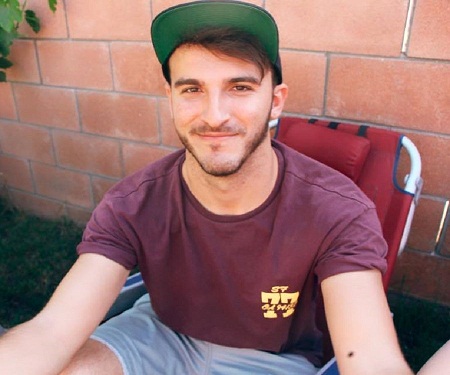