Where is Zachary John Denver Today? Details on Adopted son of John Denver 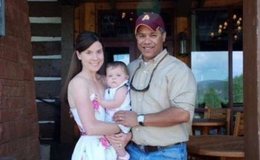 Zachary John Denver is the son of the late Take me Home Country Roads Hit Maker John Denver. The singer adopted Zak in the early 1970s, alongside another girl, Anna Denver, with his first wife, Annie Martell. So, here's what you can learn about the adopted son of John Denver.

Zachary John Denver - Married Man: Who is his wife?

Many might not know, but Zachary John Denver, the son of the late singer John Denver, is a married man. Zachary enjoys marital bliss with his girlfriend turned wife, Jennifer Deutschendorf. The lovely couple is a proud parent of a child (eldest grandchild of the late John Denver). 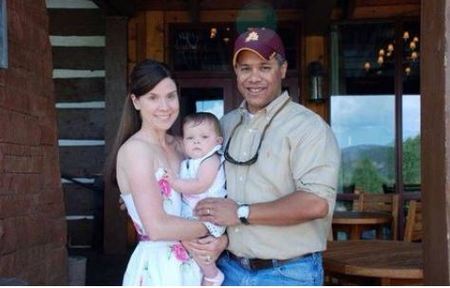 Zachary Denver alongside his wife Jennifer Deutschendorf and their child. SOURCE: Pinterest

Meanwhile, Zachary's wife, Jennifer, prefers a secretive lifestyle & doesn't like to make a joint appearance with her spouse in public. However, she once came into the media eye with her mother-in-law Annie in 2010 while attending the Cesar Whispers in Aspen event.

Zachary's parent-John Denver, walked down the aisle with his ex-wife Annie Martell of St. Peter, Minnesota, on June 9th, 1967. John Denver lived with his beloved wife, Annie, in Edina, Minnesota, from 1968 to 1971. Then, John continuously resided in Aspen until his last breath.

Watch the video of Little Zachary below with John Denver's background song.

When it comes to family, John Denver and Annie Martell never gave birth to biological children. In fact, the singer, along with his wife, adopted African-American child Zachary John Denver and a daughter Anna Kate Denver.

In addition, Denver was really proud of the kids even though they weren't his own. John once in the interview said," When  I die, Zachary John and Anna Kate's father, boy, that's enough for me to be remembered" to express his love for the apple of his eyes. 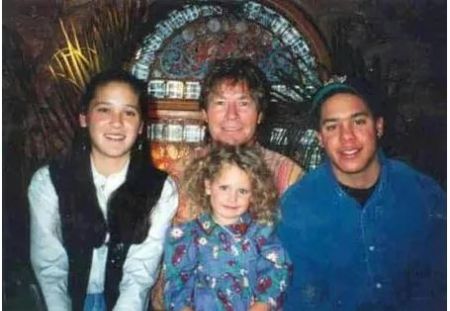 Nevertheless, John and Annie's married life turned bitter after 15 years & eventually got divorced in 1982. The musician said that his career demands tore them apart. Martell also stated they were too young and immature to deal with Denver's huge musical success. Reports also claim that John almost choked his wife and cut their marital bed in half with a chainsaw after their divorce settlement.

Zachary's father, the legendary country singer, John Denver tragically passed away at 53 in a fatal plane crash. On October 12, 1997,  while landing down the runway at Holbrook Municipal Airport in his vintage 1931 biplane. The songwriter was announced dead after his homebuilt aircraft hit Monterey Bay near Pacific Grove, California.

Anna Kate and her brother during their father's honor at the Hollywood Walk of Fame ceremony. SOURCE: Getty Image

Nonetheless, in 2017, Zak and his sister Jesses attended the Hollywood Walk of Fame coronation cremation for their late dad, John.

Where is Zachary John Denver today?

Zachary John Denver completely chose a different path than that of his late father. Back in the 2000s, Zachary was a member of the United Party of America based in Basalt, Colorado. But being the son of the legendary singers in the game, it's sure Zak enjoys a lavish life. With the passing of his father,  Zachary surely received millions from the inherited property worth $60 million from his father.