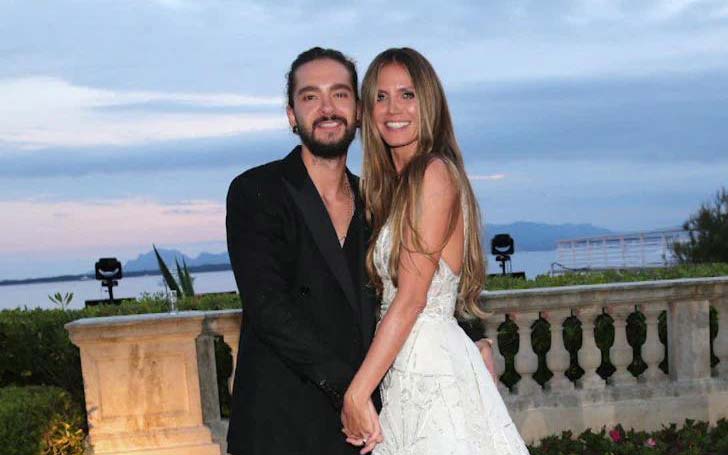 German Model, Heidi Klum tied a knot for the second time with her husband, Tom Kaulitz, on August 3, 2019. The husband and wife secretly married on February of 2019.

America's Got Talent judge, Heidi Klum walked through the aisle with her husband, Tom Kaulitz on August 3, 2019, in an exotic venue in Capri, Italy. The wedding was lavish and attended by many famous names. Check out the picture! 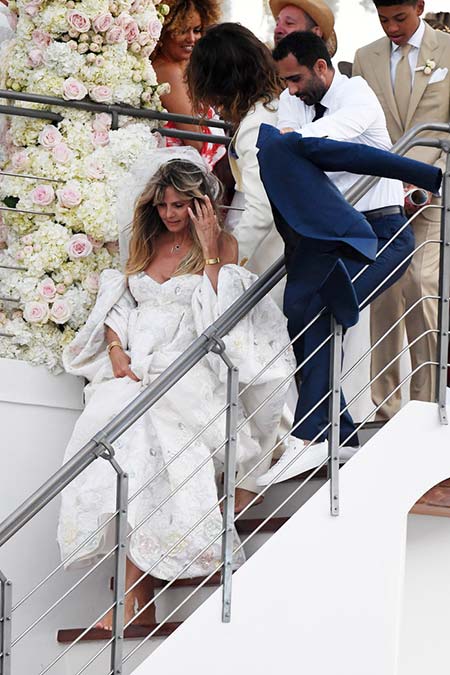 The bride and groom looked gorgeous with Klum wearing a white strapless gown complete with long sleeves and delicate floral design. Meanwhile, Tom groomed in a white suit with a light blue shirt.

The wedding was the one to remember for the guests, including her family and friends. Also, Tom had his brother, Bill Kaulitz officiated the ceremony, which took place in a yacht. Moreover, Heidi's family, including her four children, kicked off the festivities on Friday, a day before the actual ceremony. 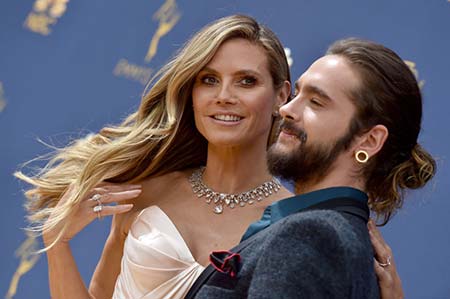 Heidi legally married Tom back on February of 2019, with both of them keeping their profile low. Moreover, the AGT judge hinted the preparations for the wedding was coming along. She said,

The couple was two months engaged back then when they first married. Kaulitz and Heidi confirmed their dating rumors when they were spotted kissing on America's Got Talent set. Later, they attended the Cannes amfAR Gala in May 2018. Furthermore, the German guitarist popped up the question on December 24, in a breakfast in bed proposal.

Back then, a friend of Klum said,

"They went to Mexico before their engagement, around Thanksgiving, and that's when he started talking to the kids about his plans in secret and it was so hard for them to not tell anyone. They were so excited and happy for their mom. They all surprised her together and she loved how he made the kids feel a part of it. She was totally surprised and said yes right away!"

Prior to her marriage to Tom, Klum dated Vito Schnabel for about three years, before breaking up in 2017. Also, she married Ric Pipino in 1997 and ending the relationship in 2002. Furthermore, she tied a knot with Seal in 2005, with whom she has four biological children; Helena, Johan, Lou Sulola, and Henry. Moreover, their marriage ended on 2014 with a divorce.