Home Article A Misfit to the end! UFC star Conor McGregor arrested after he Smashed one of his Fan's Phone

A Misfit to the end! UFC star Conor McGregor arrested after he Smashed one of his Fan's Phone 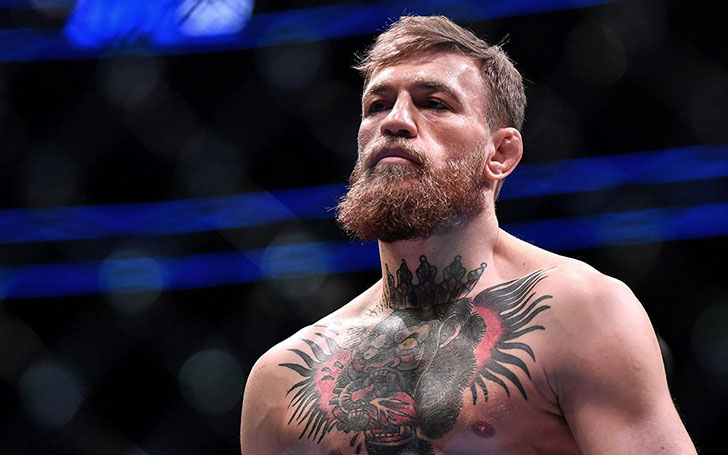 Conor McGregor gets arrested again! And this time for allegedly smashing one of the fans phones, outside the Fontainebleau hotel in Miami Beach.

The South Florida authorities, on March 11, took Conor McGregor into the custody after he allegedly had an altercation with a fan while leaving the LIV nightclub at Fontainebleau Miami Beach. 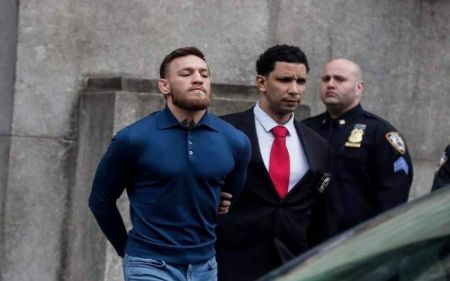 From the police report, on Monday at around 5 AM, the fan walked out of the hotel at the same time as Conor did and his admirer attempted to take a photo with him. But McGregor slammed the victim's phone to the ground from his hand. The MMA fighter then stomped on the phone, damaging it.

The cops then further reported that Conor later picked up the phone and walked away with it. The whole incident was captured by a surveillance camera nearby which later the police used as a piece of evidence.

For the incident, Conor has been booked for robbery/strong-arm and criminal mischief. The victim, Ahmed Abdirzak claimed that he mentioned his damage was estimated to be $1,000 to the authorities. At the moment, Conor is being held on a $12,500 bail.

On his arrest, Conor's attorney released a statement recently and it stated,

"Last evening Conor McGregor was involved a minor altercation over a cell phone that resulted in a call to law enforcement. Mr. McGregor appreciates the response of law enforcement and pledges his full cooperation."

In the video, Conor got surrounded by cameraman after his arrest in South Florida!

Soon after the incident, unfolded, Conor then went back to his home in Miami home where he resided. Subsequently, the victim filed a police report and cops went to Conor's home arresting him just before 6 PM ET.

And now it looks Conor has decided to amend his mistake as most recently, he posted a picture of him on Instagram; captioning- 'Patience in this world is a virtue I continue to work on. I love my fans dearly. Thank you all'.

Patience in this world is a virtue I continue to work on. I love my fans dearly. Thank you all

The 30 years old former UFC featherweight champion seems to have realized his mistake he'd done with the fan. Well, good for him, because a sportsperson oughta draw a line between his/her emotions and actions.