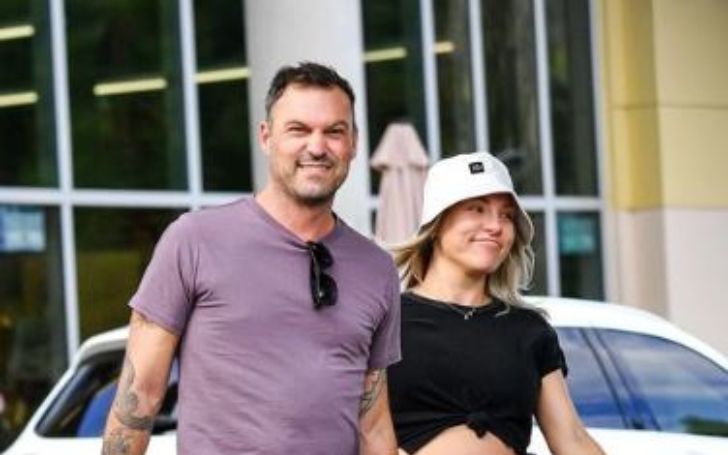 Brian Austin Green and his partner Sharna Burgess are celebrating their son Zane Walker Green's arrival on Tuesday. The proud parents shared the happy news with sweet snaps on their respective Instagram handles.

Brian Austin Green and Sharna Burgess welcome a baby boy. "My heart is now forever outside of my body," the new mom penned in the Instagram post after giving birth to her first kid with the Beverly Hills 90210 actor. 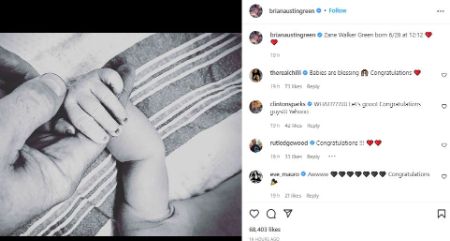 Sharna Burgess posted the black and white image of the newborn. SOURCE: Instagram(@sharnaburgess)

Sharing an adorable black and white picture of the newborn holding his father's index finger, both captioned the emotional photo," Zane Walker Green. 06/28/2022 at 12:12 pm." 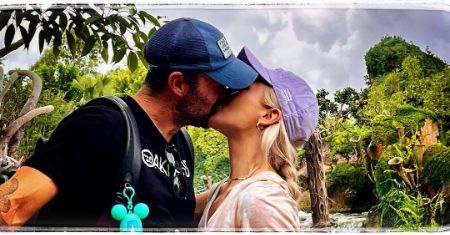 Similarly, Mr. Green is dad to a  kid, Kassius, aged 20, with actress Vanessa Marcil. Recently, Mrs. Burgess opened up about reaching out to Megan to learn co-parenting for four or five months after dating her former husband.

The lady was looking forward to meeting Brian to make their family situation as easy as possible. While talking on The Viall Files podcast,  Sharna revealed," After we'd been dating for about four or five months, I was like, Can I get Megan's number?" 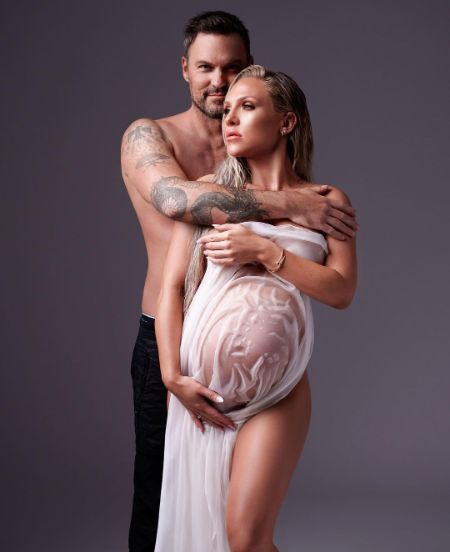 In early June, Sharna and Brian had their weekend baby shower. The attendants were Megan Fox's children and celebrity guests at the celebration party of the anticipation of the upcoming first child, which included a brunch that featured a flower-adorned grass wall, a  table of treats and drinks.

As seen in the snaps, Brian sported a black T-shirt with matching grey pants and white sneakers for the sentimental day. Meanwhile, the Dancing with the Stars alum wore a white maxi dress paired with a striped robe and sandals.

The Transformers actor earlier this month mentioned being super excited to welcome new addition of the members to the family." They check on Sharna daily, rub her belly, and talk to the baby. They're counting down the days!" Mr. Green told the source.

As per him, the baby is coming into their warm household and family surrounded by a lot of love. The new mum cant wait to see how his husband will bond with their son.