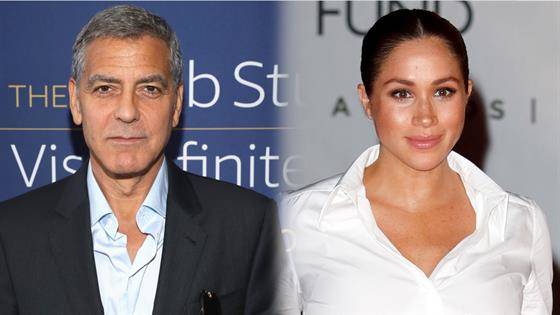 George Clooney came to the rescue of his longterm friend Megan Markle, The Duchess of Sussex, for the way she is treated by media and also revealed about the rumors that he is going to be the Godfather of the royal child.

George Clooney stood up for his friend Meghan Markle for how the Dutchess is treated by the media on a premiering occasion on Tuesday, February 12. He spoke up about his thoughts during a promoting event of his Hulu show, Catch-22. 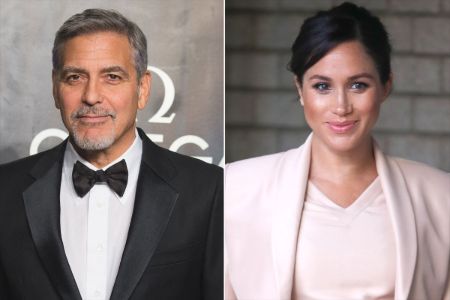 Clooney, 57, bashed the way Meghan, 37, is treated after being a prominent part of the British Royal family and related the latest happenings to the experience of late Princess Diana.

She’s a woman who is seven months pregnant and she has been pursued and vilified and chased in the same way that Diana was and it’s history repeating itself.

We’ve seen how that ends

The Australian based Who magazine reported the statement was in reference to the fatal car accident that Late Princess Dianna suffered back in 1997. The car crash took place because the paparazzi were chasing the former Princess.

George Clooney along with his wife Amal Clooney attended the royal union of Meghan and Prince Harry in May. Clooney made a light-hearted joke when confronted with the question if he's going to be the royal baby’s godfather.

Oh yes, I’ll be godfather of the royals apparently

On a much lighter note, Clooney clarified he was joking and added,

No! I’m a father of twins, I have enough sh– to deal with — literally!