Home Article Divorce rumors surrounding George Clooney and his wife Amal Alamuddin: She is expecting her first child: Couple is still together

Divorce rumors surrounding George Clooney and his wife Amal Alamuddin: She is expecting her first child: Couple is still together 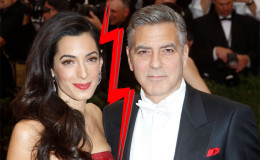 So there is this rumor circulation George and Clooney about their divorce. Find out more about their relationship status.

George Clooney is known for his small flings with several celebrities like Stacy Keibler, Kelly Preston, and Krista Allen, but in 2014 he stopped dating after he got married to Amal Alamuddin in a civil marriage in Italy.

Both of them are living together ever since and it is also reported that Amal is pregnant with George's child. However, in late 2016, there was a rumor that George and Amal are getting a divorce and they are even living separately as well. Let us find out the real truth.

The love birds have been in the news ever since their relationship has started. First for the engagement ring that Clooney gave to Amal that cost around 450,000 dollars and it was one of the most expensive wedding rings. 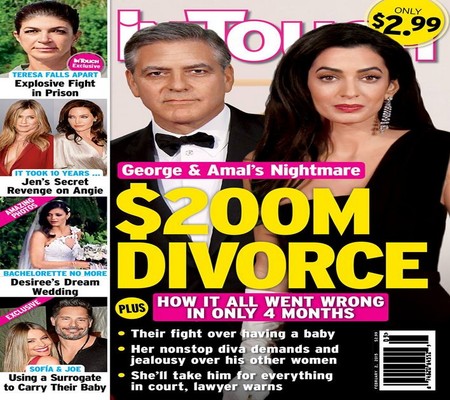 Now, there was a rumor surrounding the couple that they are headed for a 200 million dollars divorce.

According to our sources, the reason for the split is children. Amal wanted to have children but George does not want that. 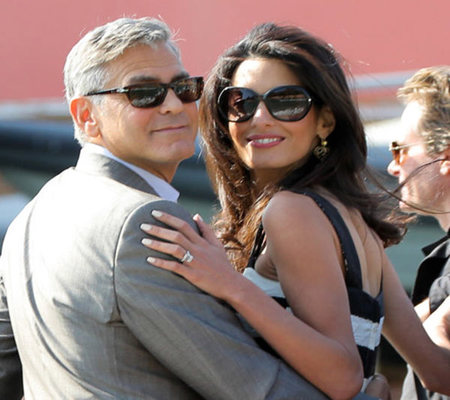 George has planned something more and that may also be the reason that he do not want to have children right now.

But the news has been proved wrong as the couple is still together and they were recently spotted in Los Angeles airport together.

Michelle Pfeiffer and Nicole Kidman bet 10,000 dollars that George will have children before the age of 40, and they lost as he has no children as of now.

Shortly after his 40th birthday, they sent him the cheque of 10,000 dollars.

But it looks like he is ready to be a father as Amal has been rumored to be pregnant with his child. And it's not a single child she is expecting twins. The couple is reportedly trying the method of IVF.

The rumor started circulating when she stepped with a fuller figure with her husband George. They were present at the set of the movie his movie Money Monster starring alongside Julia Roberts and Jack O'Connell, and that is where her fuller figure was seen. 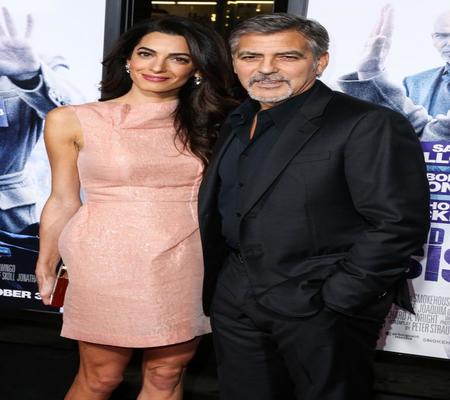 So all in all, the rumor that surrounded the couple about their relationship has come to end as both of them are very much together.

And if the rumor about Amal being pregnant is true then the couple are in for a blissful married life with their twin children.

As per rumors, she is expecting a boy and a girl. Maybe the couple has even decided the name for their children, only time will tell.