Home Article Jeopardy!'s Alex Trebek Gets a Standing Ovation Along With his Daytime Emmy Award Months After Disclosing His Pancreatic Cancer.

Jeopardy!'s Alex Trebek Gets a Standing Ovation Along With his Daytime Emmy Award Months After Disclosing His Pancreatic Cancer. 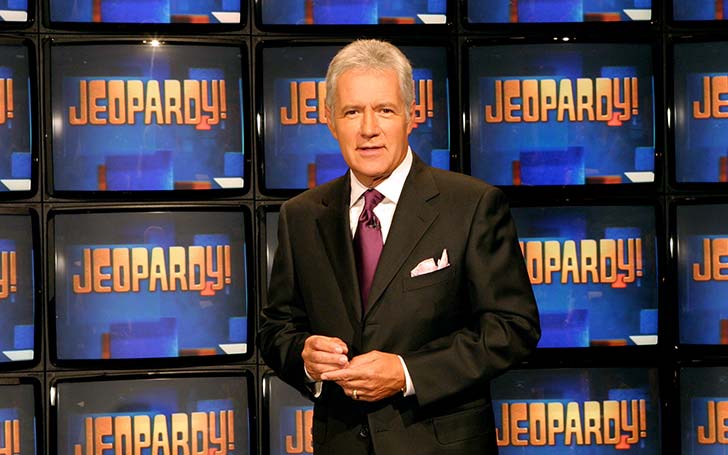 Canadian-American TV personality Alex Trebek, best known as the host of the syndicated game show Jeopardy! has proudly added another trophy to his collection. 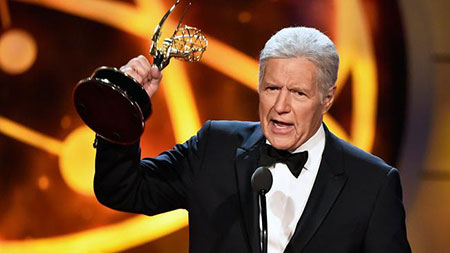 According to The Hollywood Reporter, he said backstage,

"The reception I got from the audience was extremely special, very touching. We all know what’s going on in my life and I alluded to that in my remarks and I’ve been very blessed to discover how many people our show has influenced in their lives."

"Jeopardy! has become a special institution in Americana. And it has been a force for good, a force for knowledge, a force for the best kind of reality television if you think about it. Anybody can succeed, anybody can win a lot of money. Just ask James Holzhauer."

This is the sixth time he won the acclamation including a 2011 lifetime achievement award!

Also Read: Comedian Jay Thomas Dead at 69 After struggling against Cancer: Our deepest condolence for his Wife and Children

The host received a warm welcome and standing ovation from the audience on Sunday evening where he received the trophy.

"Hi everyone, I have some news to share with all of you. And it’s in keeping with my longtime policy of being open and transparent with our Jeopardy! fan base. I also wanted to prevent you from reading or hearing some overblown or inaccurate reports regarding my health. So, therefore, I wanted to be the one to pass along this information."

"Now, just like 50,000 other people in the United States each year, this week I was diagnosed with stage 4 pancreatic cancer … “And with the love and support of my family and friends, and with the help of your prayers also, I plan to beat the low-survival-rate statistics for this disease."

He revealed his struggle with "deep sadness" after the diagnosis of the 4th stage of cancer. Still, he spoke about his "hope" to overcome the battle at a benefit on Saturday.

You May Like: Clare Balding and her Married life with Wife Alice Arnold: See her struggle of Thyroid Cancer

He attended the Pancreatic Cancer Network walk at the Los Angeles Zoo where he helped raise money to fund pancreatic cancer research. He told the attendees that he hopes to make it to 22 years just like a fellow speaker, Angie who is 22 years cancer free.

We are so grateful that Alex Trebek was able to join us this morning at #PurpleStride Los Angeles. His courage and hope in the face of #pancreaticcancer is inspiring to us all. #WageHope @jeopardy

"As you all know, survivorship is measured starting from the date you are diagnosed with cancer and on that scale, my gosh, I’m a 62-day survivor. Give me a break."

"But I’m working on it. And I promise you this: That if I become a 22-year survivor, you will all be welcomed at my 100th birthday."

Amid cancer battle, he is celebrating his career success at this time so, let's congratulate the star for the big success of his life.