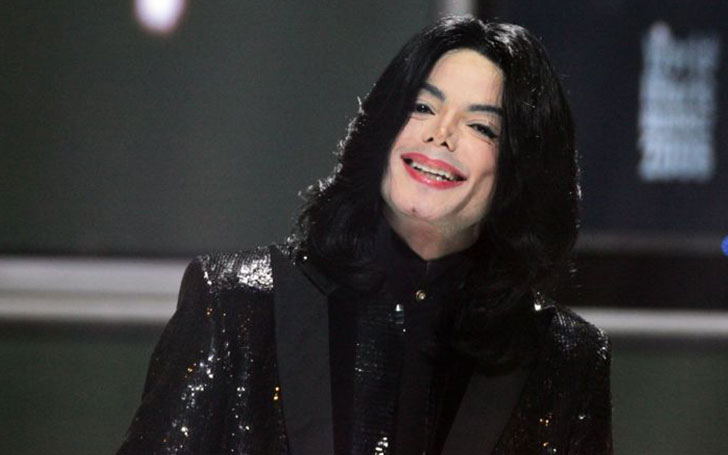 The airing of Michael Jackson documentary; Leaving Neverland surely left a big message as far as many celebrities already posted surprising tweets all over the media.

Leaving Neverland, the four hours long documentary of Michael Jackson shows his detail about his sexual abuse. In the meantime, fans have gone crazy about the scene where Michael allegedly molested the young cons.

Reposted from @anthonykingdancer - The documentary "Leaving Neverland" premieres tonight. I encourage everybody to watch it. If you feel that you don't want to watch it, then please reconsider, to acknowledge and support the victims. I am so proud of them and happy for them! Here are the broadcast times for USA, UK, France and Norway: - United States: HBO Sunday 3rd March and Monday 4th March - United Kingdon: Channel 4 Wednesday 6th March and Thurs 7th March - Norway: NRK TV on Sunday 10th March at 06:00, and NRK 2 at 22.50 - France: M6 Thursday 21st March 21 in the first half of the evening I want to say this to the people who defended, failed to condemn or excused Michael Jackson's behaviour: You degraded the victims of child abuse because you liked the way somebody danced and sang. This was not a passive action, you actively attempted to destroy their reputations because of your defence of somebody that you did not know. You are a selfish and a child abuse defender, in my opinion. I have screen captured every comment, every message, every excuse and every threat. Stay very far away from me. To the individuals who victim shamed and harassed, to the MJ Estate, to the people who had a duty of care to the children around this predator and to the people who turned a blind eye, to the people who remained silent, to his lying cheerleaders, to the people who have sent me death threats and abuse, to his defenders: SHAME ON YOU! Thank you for helping the cause of child welfare around the whole world. Thank you, Terry George, Michael Jacobshagen, Jordan Chandler and Garvin Arvizo. Thank you to the work of long gone "‘Desiree speaks so listen’" to "MJvictims", "MJfacts", Diane Dimond and Thomas W. Sneddon Jr and all the others. Read more on my Facebook and linked on my Twitter account anthonyking1 #LeavingNeverland #MichaelJackson - #regrann

A post shared by Premiers Tonight at 8pm on HBO (@leavingneverlandofficial) on Mar 3, 2019 at 9:24am PST

Allegations were made against Jackson in 2005.

Wade Robson and James Safechuck, drew a firestorm responses on Twitter, accusing MJ of molesting them as young boys. Yet none of them are more or less several than celebrities who weighed their opinions surrounding the controversy.

HBO’s documentary Leaving Neverland describes in detail allegations of sexual abuse. The show that first aired on March 3, garnered a majority of fans worldwide and also the horde of critics until its second debut, next day, the documentary of Michael Jackson swirled up the internet by a storm.

Those charges came from Jackson interview in 2003 by Martin Bashir where Jackson said that it isn't unusual to share a bed with a child.

Michael's nephew Taj Jackson, tweeting that he is angry, as his "uncle is not here to defend himself.”

You are right. I’ve been around my uncle only thousands and thousands of hours. And since my uncle is not here to defend himself, the credibility of the accusers matter. And Wade and James have none. https://t.co/fF0OgYXUBz

Bill Whitfield, one of the co-workers for Jackson, shared that the young men were “con artists.”

I need to know who are the HBO producers behind the documentary. I need to let them know Wade Robson and Jimmy Safechuck are con artist! During My tenure with MJ I never met these dudes and you had to go through me to see MJ. They are LIARS!!

Like virtually all #MichaelJackson accusers #JamesSafechuck & #WadeRobson had horrific stories to tell-except under oath. Both sold their stories after failing in lawsuits vs Jackson estate. Both sold their allegations to tabloids for profit, rather than testify to them in court.

And finally, the American talk show host Geraldo Rivera clears up the hectic situation revealing that the men were indulged out to profit from the Michael Jackson estate.

Former child star Amber Tamblyn tweeted that the children should not be put in the position of performing for the sole purpose of pleasing adults. In addition, she admitted that-that type of behavior is a slippery slope toward abuse.

As a former child actress, I can’t help but watch this documentary and think about how wrong it is for children to be put in the position of performing for the soul purpose of pleasing adults. It’s such a slippery, dangerous, often abusive slope. #LeavingNeverland

Just watched Neverland doc - riveting, as has been so much on HBO with Richard Plepler at the helm, now resigned. I don't usually speak publicly about the inner workings of the/my biz, but just have to say...best boss I'll ever have.

Moreover, American comedian Rosie O’ Donnell mentioned that the documentary was “haunting” questioning the boys’ parents that as a mother, she would never leave her 7-year-old son with a man.