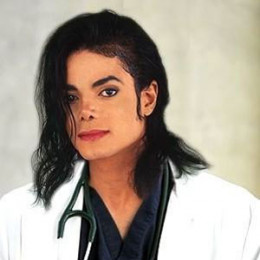 Popular American singer, songwriter, Michael Joseph Jackson was a son of Katherine Esther Scruse, a devout Jehovah's Witness and Joseph Walter "Joe" Jackson, a former boxer, as well as a steelworker at U.S. Steel. In 1993, Jackson was accused of child sexual abuse by Jordan Chandler, and his father, Evan Chandler. On 25th June 2009, Jackson fell unconscious while lying in bed.

Michael Jackson married twice in his life. He was previously married to Lisa Marie Presley on 26th May 1994 and divorced in 1996.

Subsequently, King of Pop tied a knot to Debbie Rowe on 14th November 1996 and divorced on 8th October 1999. He shared a son, Michael Joseph Jackson Jr. and a daughter, Paris Michael K. Jackson with Debbie.

In January 2019, actor Macaulay Culkin explained about his friendship with Michael Jackson. During an episode of the "Inside of You With Michael Rosenbaum" podcast, he explained how the "King of Pop" supported as a child actor.

How Rich was Michael Joseph Jackson?

Forbes claims, Michael Jackson earned over $2 billion before he passed away. A 13-time Grammy winner, he has enlisted the highest-paid entertainer worldwide twice. He had a net worth of $237 million.

While alive, Jackson bought a $19.5 million ranch and once appeared in the film which paid his $1.7 million per minute. His real estate was valued at $1.3 billion and Jackson's likeness was worth $434 million.

Michael Jackson was more than $400 million in debt. His son Prince Michael II has an estimated net worth of $100 million. Michael sold over 750 million albums globally prior to his demise. Furthermore, he owned a clothing line and an autobiography. The singer even purchased the Beatles catalog.

Michael Jackson was previously married Lisa Marie Presley on 26th May 1994 and divorced in 1996.In June 1975, Jackson 5 signed with Epic Records.

He was previously married Debbie Rowe on 14th November 1996 and divorced on 8th October 1999.The couple has three children.

His daughter Paris-Michael K. Jackson was born on 3rd April 1998.