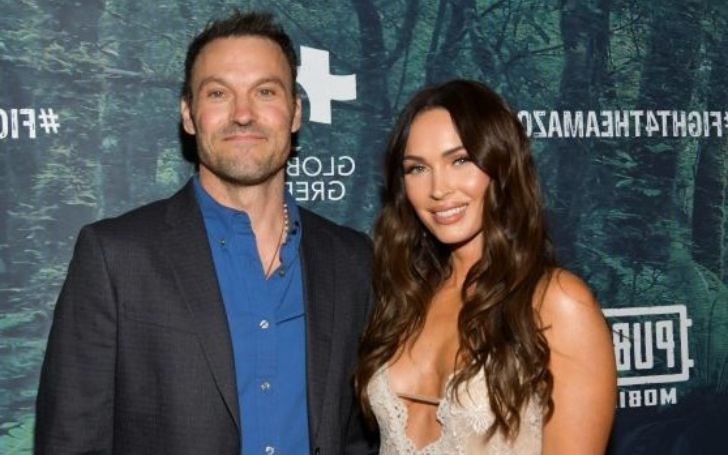 Megan Fox and her ex-husband Brian Austin Green have officially finalized their divorce. Megan has now engaged with Machine Gun Kelly while Brian's a budding romance with Sharna Burgess.

Megan Fox, 35, is officially divorced from Brian Austin Green after a decade of marriage. Brian 48 and Megan, who previously got hitched in 2010, decided to file for divorce under the California laws in 2020.

The exact reason for the split is not known. However, the duo seems to have no hard feelings after the break-up. A court has now made their divorce official as per TMZ. 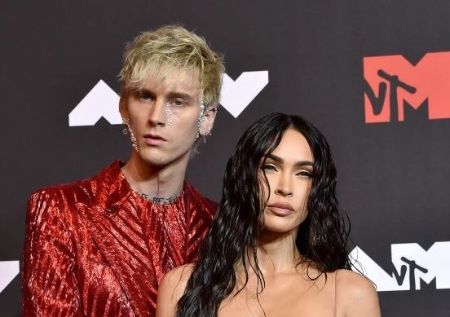 The former flames were waiting on the court's stamp of approval as they did not arrange a prenup, with the legal documents were not fulfilled. Additionally, TMZ news reported Megan reverted from Megan Green to Megan Fox.

Later on, the judge signed off on their divorce settlement which showed that they agreed to joint legal and physical custody of their three sons, Noah Green, Bodhi Green and Journey Green. In October, the exes worked out their divorce agreement, allowing and working together to raise them well. 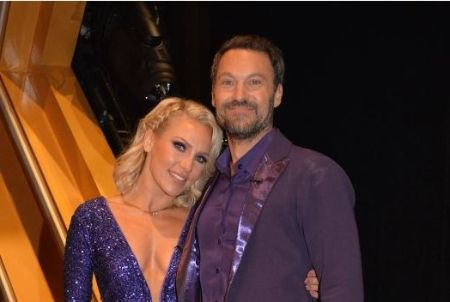 The divorce settlement is also in the best interest of Brian, who's a budding romance with Dancing with Stars alum Sharna Burgess and is about to become a father for the fifth time.

In one snap, a Beverly Hills 90210 actress showed off her big baby bump while cradling her belly in Hawaii. as the two looked deep into each other's eyes.

Well, both the former couple now moved on with a new high-profile relationship after calling off their marriage. Megan has since found love with American music artist Machine Gun Kelly, to whom she was reportedly dating in 2020. 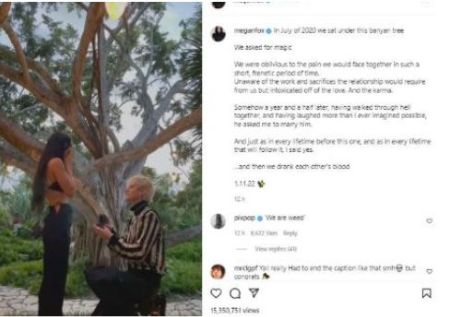 Megan and MGK, whose real name is Colson Baker, reached a new milestone with engagement in 2022 and have been granted the opportunity to share vows if ready to exchange the vows if wished.

Further, the model shared a video that flaunted the big moment with her partner got down on one knee. The rapper also shared a video of his soon-to-be wife's hand with the special bling.

Megan also explained the choice for a ring in the caption. That reads," Yes, in this life and every life, beneath the same branches, we fell in love in under, I brought her back to ask her to marry me.

MGK described on his ring," I know addition is one ring, but I designed it with Stephen Webster to be two: the emerald (her birthstone) and the diamond (my birthstone set on two magnetic bands of thorns that draw together as two halves of the same soul forming the obscure heart that is our love)."