Home Article Jamie Foxx Left ESPN Studio And Walked Away After The Host Asked Him About His Alleged Relationship With Katie Holmes. Get All The Details Here

Jamie Foxx Left ESPN Studio And Walked Away After The Host Asked Him About His Alleged Relationship With Katie Holmes. Get All The Details Here 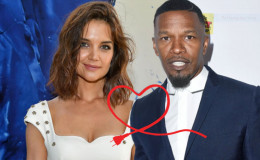 Jamie Foxx immediately stood up and walked away from a live ESPN broadcast after the star was questioned about his romantic relationship with Katie Holmes.The couple was spotted walking side-by-side in Los Angeles on Valentine's Day in a casual wear; heading to play basketball.

Jamie Foxx immediately stood up and walked away from a live ESPN broadcast after the star was questioned about his much talked about romantic relationship with Katie Holmes. The alleged couple was spotted walking side-by-side in Los Angeles on Valentine's Day in a casual wear; heading to play basketball.

The long-rumored couple has remained tight-lipped about their affair but just yesterday during the live ESPN broadcast, Jamie took off his headpiece and got out of the room when anchor Michael Smith brought up the name of his rumored girlfriend Katie Holmes.

Jamie Foxx has remained totally passive when anyone questioned him about his alleged affair with Katie Holmes.

The Oscar-winning actor left an interview all of a sudden when ESPN host Michael Smith asked some questions about his rumored relationship with actress Katie Holmes on Friday night at Los Angeles. 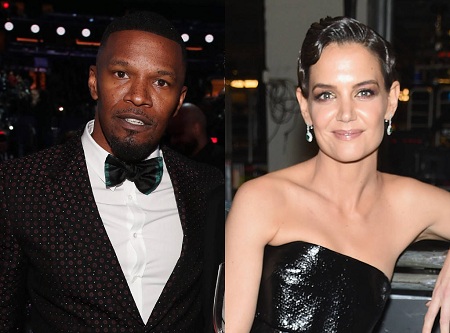 Jamie Foxx and Katie Holmes dating each other since 2013
Source: E-News

The Miami Vice actor, 50, is preparing to play in the NBA All-Star Celebrity Game on Friday night, 16th February, but it didn't end on a great note.

It was the moment when Smith alluded Foxx spending time with Holmes- referring to their basketball Valentine's Date on Wednesday. 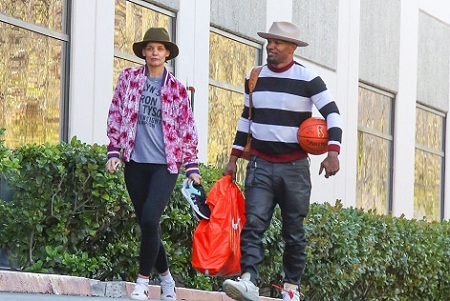 Smith questioned the star about the photos that surfaced of Foxx and Holmes playing basketball together on Valentine's Day.

"I know you’ve prepared and I saw pictures. Did you and Katie Holmes play basketball for Valentine’s Day? Like some real Love & Basketball?"

Immediately, the Academy Award-winning star reached for his headphones and stood up. Smiling off the camera he walked away heading towards the basketball court.

The Friday night basketball game was joined by some other celebrities including Michael B. Jordan, Nick Cannon, and Drew Scott.

Foxx and Holmes have been an item for a long time now still, they aren't ready to reveal their love life in front of fans and media.

The duo has been rumored to be a couple since 2013, but they never comment on their relationship in public. 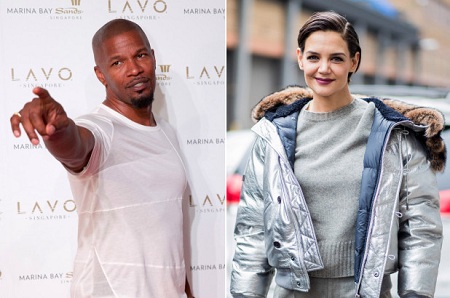 Foxx and Holmes spends most of their time at each other's home in Los Angeles
Source: Page Six

"Jamie and Katie’s relationship is not a secret but they both like to keep it under the radar. They have nothing to hide but Jamie, especially, is very low key about his life in general, and rarely talks about it. He is not one to acknowledge anything about his private life and neither does Katie."

They were spotted dancing for the first time in the Hamptons in 2013, a year after the All We Have director separated from her husband Tom Cruise after six years of marriage.

The former couple is blessed with a child, Suri Cruise.

Since the first encounter, they've spent most of their time together at one another's home in Los Angeles.

"They are happy, they just don’t flaunt anything. Jamie will always go out of his way to stay discreet. That is his way, and it works for him. If they could stay secret forever, Jamie would be happy."

Most recently, the star couple was spotted walking side-by-side in Los Angeles on Valentine's Day. Both of them appeared in casual wear and Foxx carrying a basketball and Nike bag. 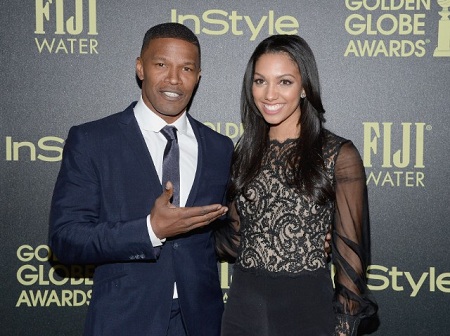 The father of two (Corinne Foxx and Annalise Bishop) is maintaining his ultra-secret relationship. We wish to see them come forward and declare their romantic life in public. 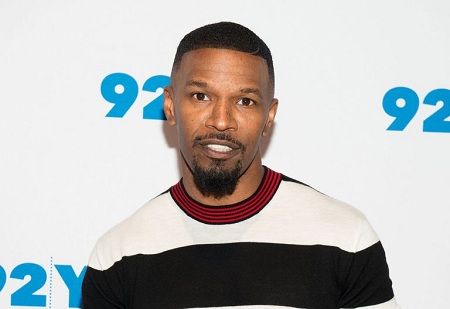