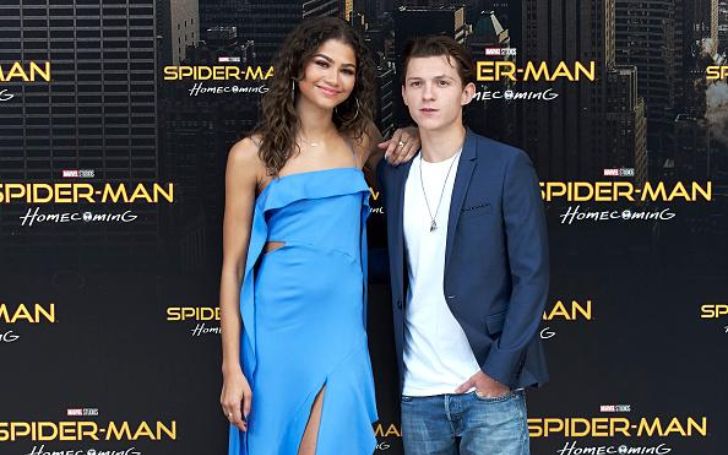 Almost two months after the pair were spotted with plenty of PDA, the couple appears to be progressing with their romance as the young duo continues to take their off-screen romance to new heights. 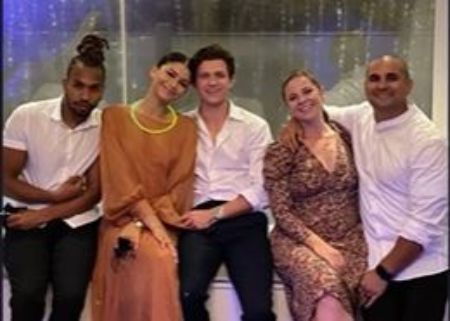 Tom Holland & Zendaya were seen together at a wedding of a friend. SOURCE: Instagram(estebancamarillo)

The photos of the 'Spider-Man: No Way Home' co-stars surfaced online over the weekend. The couple - Zendaya,24, & British actor Tom Holland, 25, enjoyed a rare date night as the two attended Josh Florez's wedding together on Sunday.

In addition, the pictures shared on Aug. 22  by fellow wedding guest Esteban Camarillo on Instagram Stories showed the 24-year old Emmy Winner and Tom Holland with three pals surrounding them looking absolutely cozy. Zendaya could be seen leaning her head slightly, touching Holland's temple as the duo smiled, posing for the wedding photographer. 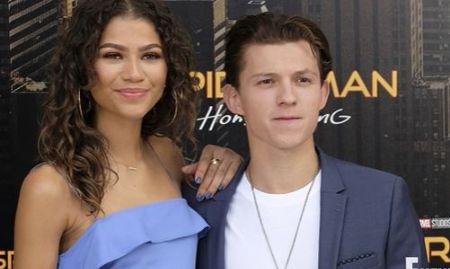 Tom Holland and his girlfriend at the premiere of Spiderman: Home Coming, 2017. SOURCE: Pinterest

The British actor appeared to hold onto the sleeve of his girlfriend's tan dress.  A scene from inside the reception also surfaced where the young pair could be seen clapping and dancing in their chairs as the bride and groom took on to the dancing. Zendaya's fan's Instagram account with over 114,000 followers uploaded the clip.

But, neither Spiderman's co-stars have confirmed any dating news officially, though fans have speculated of them being together for ages. According to Zendaya, she was attracted to Tom because of his ability to make her laugh. As for the British actor, Tom himself referred Zendaya in an interview with GQ, UK, to help him guide through the celebrity world. 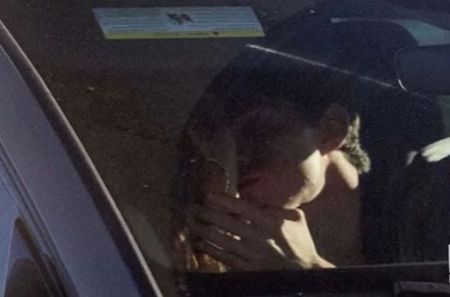 Tom Holland and Zendaya were spotted kissing in a car in July. SOURCE: Daily Mail

In early July, the on-screen duo and a now-real-life alleged couple first sent shock waves to fans when photos of them having a steamy makeout session inside Holland's car. The snaps showed the actors kissing at a red light; Holland holds his girlfriend's face before going in for a kiss.

Other images from their car also showed them goofing around & laughing while driving through the Los Angeles area. Similarly, last month, a source claimed that Holland and Zendaya had a casual dinner in Santa Barbara, California. The lovebirds also spent the Fourth of July weekend together.

All in all, Zendaya and Tom are all set to win fans' hearts once again as co-stars as Peter Parker and MJ in their upcoming film, Spider-Man-No-Way-Home.

For more news of your favorite celebrities, keep coming back to Married Wiki!