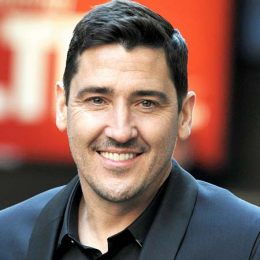 Jonathan Knight is a popular pop singer better known as the member of the famous American boy band named New Kids on the Block. Knight and his band sold over 80 million records worldwide with albums like 'Face The Music' and 'The Block'. He is also popular for marrying the famous actor Harley Rodriguez.

Jonathan Knight is openly gay. He is happily engaged to his longtime boyfriend Harley Rodriguez who is an actor by profession. The duo became engaged on 15th November among their close friends and family. 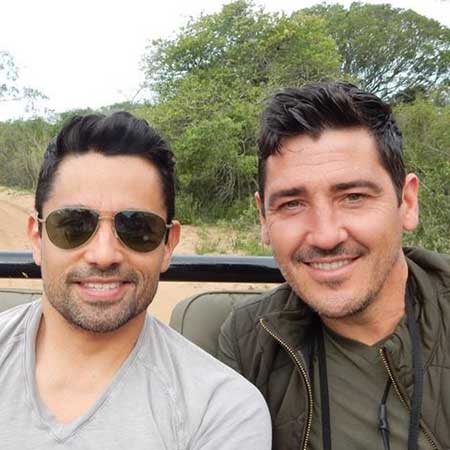 The duo shares a healthy bonding and their relationship seems fluid as there is no sign of breakup between them. Moreover, the duo is open about their sexuality and is often spotted together in many events and venues. Take a look at an Instagram post where they are locking their lips;

Happiness is having amazing fans ...and your husband in the audience! Thank you PHX!!!

Well, Knight was the one to pop the question while the two were on their romantic holiday in Africa. Not to mention, Jonathan and his man also had planned for their wedding, especially in 2020 and 2021.

Unfortunately, Jonathan and Harley's farm-themed wedding plan had to be canceled because of the coronavirus pandemic. On the other hand, Jonathan and his fiancee planned to elope too if their wedding plans kept getting canceled. However, Jonathan has already added Harley's last name to his name on Instagram.

Knight is currently out of any rumors and is focused on his career. He is living a happy marital life with the love of his life. Further, he is pretty active on social media and often shares many posts regarding his personal and professional life.

What is the Net Worth of Jonathan Knight? Know about his Salary, Earnings

It's been a great week touring in California...... thank you everyone that came out and saw our shows! @mjambriz

Jonathan was a member of the famous American boy band named New Kids on the Block. The band sold over 80 million records worldwide before splitting up on the year 1994. Further, Knight left the band during the tour for the album named Face the Music. They tried to hide their splitting by saying Knight was injured by horse but later in a press conference, they revealed that they were parting their individual ways.

Jonathan Knight was born on 29 November 1968, in Worcester, Massachusetts, in the United States as Jonathan Rashleigh Knight. He holds American nationality and was born under the Sagittarius star sign. Moreover, he was raised along with his actor and singer-songwriter brother Jordan Knight, Allison Knight, Sharon Knight, David Knight, Christopher Knight and Jordan Knight by his father Allan Knight and mother Marlene Putnam.

Thinking about what’s about to happen this summer, #mixtapetour2019

In 2000, Jonathan revealed that he was suffering from generalized anxiety disorder since his early career with his band New Kids on the Block. But later, he also shared the good that his health has improved after taking medical help. The 50-year-old pop singer is an active person on social media and uses Instagram and Twitter from time to time. Until now, he gathered over 219k+ followers on Instagram and 241k+ followers on Twitter.

Take a look at the YouTube video of Jonathan giving an Interview back in 1991!