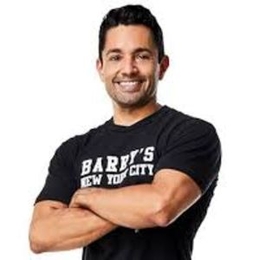 Harley Rodriguez is a prominent American actor best known for his appearance in Sweet Valley High, V.I.P, and Price of Glory. Openly gay, he gained media attention after participating in the 26 seasons of CB reality series The Amazing Race with partner Jonathan Knight.

Harley Rodriguez has been in a romantic relationship with the love of his life, Jonathan Knight since 2008. The two had been parts of the 26th season of the reality competition series The Amazing Race. Jon and Harley placed 9th on the CBS show which aired in early 2015. 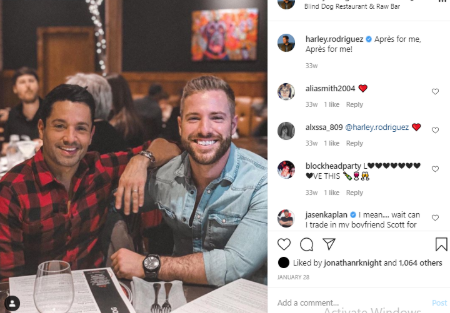 Hartley Rodriguez and his husband Jonathan Knight pose for a picture. SOURCE: Instagram

Price of Glory cast and his partner are looking forward to getting married, however, they've already engaged on November 15, 2016. New Kids on the Block singer proposed during a trip to Africa.

Jonathan introduced himself on Instagram as the husband of Harley Rodriguez on August 9, 2019, and also announced they've installed an Arbor. As of 2020, the lovebirds are waiting for the right time to walk down the aisle; they have not planned about adopting children for now.

Harley's partner came out as gay during his teenage. Very few people have that gut or privilege to showcase their reality in front of others. Precisely, Knight is one of them who has lived his life openly and never hidden the fact he is gay. Harley stated being homosexual during an interview in January 2011.

Rodriguez and Knight share a healthy bonding and their relationship seems smooth as there is no sign of divorce between them. Besides, the duo doesn't have issues with their sexuality as they often make an appearance at public events.

How Much Is Harley Rodriguez's Net Worth?

Harley Rodriguez has an estimated net worth of $1 million. He's appeared in some drama series such as Sweet Valley High, Price of Glory, and V.I.P. The 47-year-old makes a salary of $30,000 to $150,000 per episode for starring in TV series.

Back in 2015, the gay actor participated in the CBS reality series The Amazing Race alongside partner Jonathan Knight. According to its rule, the winners who can finish the race win some prize money in their pockets. The winning team of the competition takes home $1 million, the second place wins $25,000 and the third place gets $10,000.

Harley Rodriguez was born on 22 April 1973 in Downey, California, United States. He is 5 feet 10 inches tall and weighs 75 kg. Harley, who holds an American nationality is fond of check shirts. He is famous for his short black hair and brown eyes.