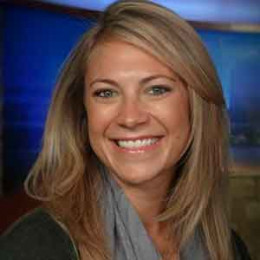 American sportscaster, Lauren Magiera is the first female sports Anchor for the WGN-TV. She is best known for her positive attitude and anchoring ability. She first worked at ABC Alaska News in Anchorage, Alaska for a year. Then she joined KTUU Channel 2 and WAOW-TV. She is married to Stephen Canada, a model at Ford Models Chicago on September 8. 2017.

Lauren Magiera was born on February 22, 1985, in Chicago, Illinois, the US, to Hank Magiera and Nancy Magiera. Both of her parents were founding directors of The HUB, a religious missionary group. She was raised along with her three siblings; two sisters Stacey Magiera and Cassie Magiera, and a brother Nick Magiera in Northwest suburbs.

Magiera attended Barrington High School where she competed in gymnastics. She graduated from the University of Alaska with a Bachelor degree in Journalism and Public Communications in 2009. While in college, Magiera participated in NCAA Division I gymnastics under an athletic scholarship.

Lauren Magiera first worked for ABC Alaska News in Anchorage in 2009. After serving for a year at Alaska News, she switched jobs to become a sportscaster and joined KTUU Channel 2 in September 2010. 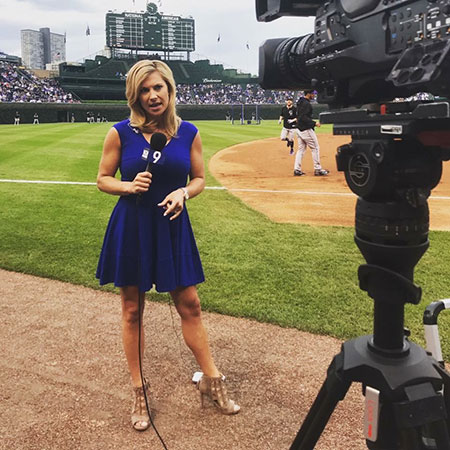 Magiera also worked for the Gren Bay Packers as an on-air personality. Then she made her comeback in ABC Wausau WAOW-TV in Wisconsin where she co-hosted the weekly 30-minutes pre-game show. In April 2016, Magiera joined the news team of WGN as the first female sports anchor.

Lauren Magiera is one of the popular female sportscasters. As per PayScale, the average salary of WGN TV employees is $60k+ but she is quite experienced in this field, so, Magiera might earn more than the average figure.

Popular WGN anchor, Chris Hansen has a net worth of $12.5 million. Considering her career profile, she has an estimated net worth of six-digit figures.

Lauren Magiera married Stephen Canada, a model on September 8, 2017, at Hyatt Lodge at McDonalds Campus. The duo first met during their college days and dated for several years before tying the knot. 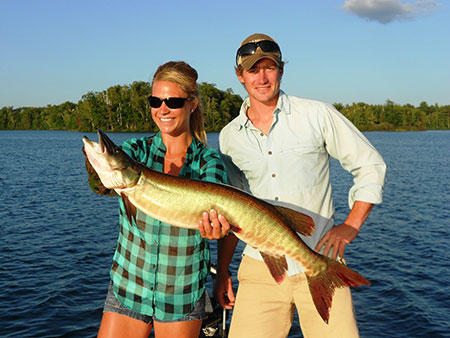 Magiera is quite open about her married life and often shares their cute PDA on her Instagram where she has 4.8K+ followers. She has an Alaskan Malamute breed dog. She stands at the height of 5ft 6 inches.

Stephen Canada is a model at Ford Models Chicago, in Morton Arboretum. He married Lauren Magiera in 2017.