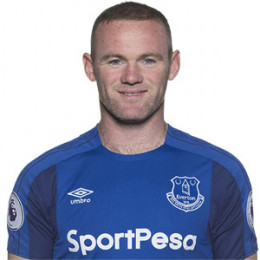 Wayne Mark Rooney is an English professional retired football player who captains Manchester United and the England national football team. He mostly played as a forward but he has also been used as an attacking midfielder and winger. He is the son of Jeanette Marie and Thomas Wayne Rooney. He made his professional debut from Everton in 2002 at the age of 16. He studied at Our Lady and St Swithin's primary school and later joined De La Salle Humanities College. He was awarded PFA Players' Player of the Year and the FWA Footballer of the Year in 2009-10. He is five-time Premier League Player of the Month title winner.

Wayne Rooney, the English professional footballer was born on 24 October 1985 in Croxteth, Liverpool, England to the family of Tomas Wayne Rooney and Marie (nee Morrey). He has two younger brothers Graham and John Rooney. He studied at Our Lady and St. Swithin's Primary School with his brothers. 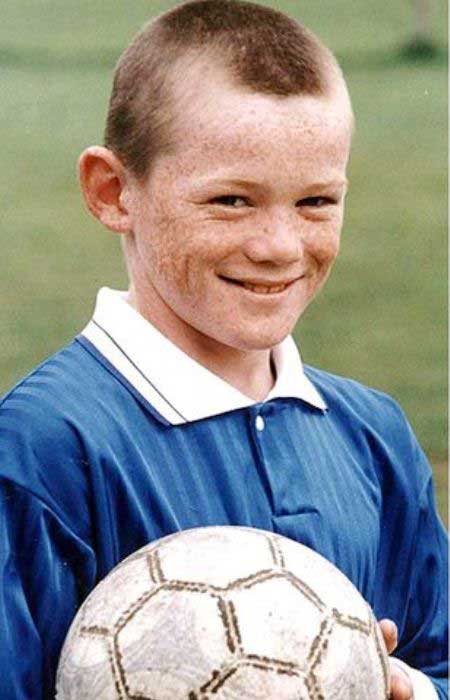 He also attended De La Salle School during his childhood. Rooney who belongs to Irish descent is raised in a Roman Catholic. He was interested in playing football since his childhood days. At 9, he scored an amazing 99 goals for a local junior league team named Copple house boys' club that caught the attention of the Everton Football Club.

Wayne began playing for Liverpool Schoolboys. He was in his final season playing in the local Walton and Kirkdale junior league when he was spotted by Everton scout Bob Pendleton.

He joined Everton when he was just 9 years of age. When he was 11, he was the Everton mascot for the Merseyside derby against Liverpool. He played for the Everton's under-19s by the time he turned 15. 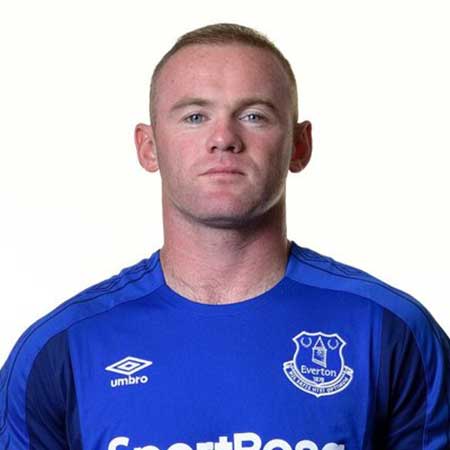 In 2002, scored eight goals in eight games in the FA Youth Cup final. He was one of the players in Everton's first-team squad in the training camp in Austria the same year. Starting his career as a substitute in Everton, he made his career debut against Tottenham Hotspur.

He was the second-youngest player in Everton history behind Joe Royle.

Despite a new contract valued over £50,000 per week in Everton, he submitted a transfer request in Augst 2004. Repeating the action, he rejected a sum of  £20 million from Newcastle.

He signed a contract with Manchester United with a  £25.6 million deal. He became the first highest played soccer played under 20.

He won his first trophy with United in the 2005-06 League Cup and was declared 'man of the match' as he scored two times with a 4-0 win against Wigan Athletic.

He was named the PFA Players' Player of the Year on 25 April 2010. After the departure of Nemanja Vidic from Manchester United in 2014, he became the club's captain for the 2014-15 season. It was the same year he became the third highest Premier League top-scorer of all time.

He's the 5th highest goalscorer of all time in England after he scored his 30th and 31st international goals in the 2014 World Cup qualifier against San Marino.

In January 2017, he became the outright leading scorer for United scoring his 250th goal for the club.

After long speculation, it was finally confirmed that Rooney would be back in his boyhood club. The news was confirmed on 9th July 2017.

He signed a two-year contract with Everton after Manchester United allowed his transfer.

He gained his 116th appearance for England in 1-0 win against Slovakia in the 2018 FIFA World Cup qualifiers. He became one of the most capped outfield players of all time and second.

He led his country since August 2014 and is England's record goalscorer having registered 53 in 115 appearances.

Most importantly, he became the second-highest appearance maker in England after Peter Shilton. He declared that the 2018 World Cup will be his final tournament. He confirmed that he would soon retire from international football after the finals in Russia.

One of the highest-scoring English footballers Wayne Rooney officially announced his retirement from international football in 2017 with the news that his last game at the Wembley Stadium against the USA where he also promoted The Wayne Rooney Foundation.

Then in January 2021, Mr. Rooney's retirement from football officially came into existence. After retiring, Rooney has been serving as the manager for Derby County F.C.

The English footballer has an estimated net worth of about $160 million at present. He is grabbing the media attention to make a jump from the English Premier League to D.C. United of the MLS in Summer 2018 that would pay him about $21 million a year.

He and his wife have expensive homes all over the world with extensive car collection with high-end price tags. They have a $7.5 million mansion in the village of Prestbury with a $530,000 worth apartment in Florida. They have an $8.4 million villa in Barbados.

In 2010, Rooney had his four main endorsement deals with Nike, EA Sports, Coca-Cola, and Harper Collins than earned about £2.5 million.

In 2013, he worked in partnership with cricketer Kevin Pietersen and businessman-turned TV personality Theo Paphitis.

He is the owner of Wayne Rooney Foundation. He targeted to raise £5m for various causes in 2017.

Rooney is living a happy married life with his wife Coleen Rooney. The couple first met during they were at secondary school. They tied the knot on 12 June 2008 after six years of relationship.

The wedding ceremony was held at the Abbey of Cervara despite being warned by the local bishop's office. The ex-England ace was awarded £100,000 as compensation from tabloids The Sun and News of the World who mentioned that he abused Coleen in a nightclub. Rooney donated the money for charity purpose.

Coleen Rooney gave birth to their first baby boy, Kai Wayne Rooney on 2 November 2009. They welcomed their second child, Klay Anthony Rooney on 21st May 2009 with the third one, Kit Joseph Rooney on 24th January 2016. 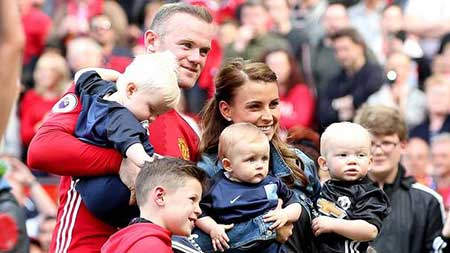 Coleen welcomed their fourth child with footballer husband Wayne, a baby boy named Cass Mac Rooney and announced the news on social media on 15th February 2018. Fans rushed to congratulate the lovely pair on the new arrival and their attempt breaking the tradition of having their children's names begin with 'K'.

His Involvement With Prostitutes

Rooney who met his childhood love Coleen at 12 started visiting prostitutes at the age of 16. He paid £140 to sleep with Charlotte Grover, then 21 and left her with an autograph as a remembrance.

A month later, he slept with Gina McCarrick, then 37, at a £45-a-time brothel in Liverpool. He was caught visiting the place 10 times on CCTV.

Furthermore, he had sex with a 48-year-old grandmother Patricia Tierney 'Auld Slapper'. Though she denied the claims, Rooney was forward to admit to sleeping with unnamed prostitutes.

He regreted what he did in the past. He said,

"Foolish as it now seems I did on occasions visit massage parlors and prostitutes."

"I now regret it deeply and hope people may understand that it was the sort of mistake you make when you are young and stupid. It was at a time when I was very young and immature."

The scandal came in the light in 2004 that devastated his future wife. Despite being married, Rooney went on to cheat all again. In July 2009, he slept with £1,000-a-night prostitute Jenny Thompson, then 21. Rooney and Jenny met seven times with four months in bars, clubs, and casinos.

They last met in October 2009, a month before Coleen gave birth to her first child. Colee was so broken that she went to live with her parents along with her newborn.

Rooney also had a relationship with prostitute Helen Wood and Laura Simpson still, Coleen forgave her husband beside every betrayal time and again.

After all the ups and downs in their family life, his wife Coleen wants her husband to spend more time with her and their four kids.

"Coleen is adamant Wayne can change his ways and she is helping him get out of the hole he’d fallen into. This holiday marks a fresh start and things are going well."

"First to go was his video gaming obsession and Coleen is demanding he spends more time with the family at home, rather than in a different room staring at a screen. She is desperate for Wayne to end his childish antics and start growing up."

Wayne and his family relocated to Washington after his transfer to DC United.

They first met each other at their secondary school and started dating from then. They are happy to be life long partners.

He was born safe and sound. He is often pictured with his parents during the weekends.

This junior Rooney was born healthy. He is so adorable and cute and has got the looks like of his father.