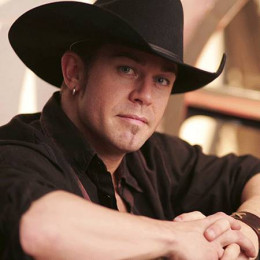 A Canadian renowned country music singer who is widely famous for his 2003's album "Something Goin' On Here". He started his career as DJ at Rooster's Country Cabaret bar in Pitt Meadows. He has also collaborated with popular singers like George Canyon on the 2013 track "Home for Christmas". In 2005 he was awarded Independent Male Artist of the Year at Canadian Country Music Association Awards. In 2007 he was again awarded Juno Award for Country Recording for his album "Big Wheel".

After being so popular Aaron Pritchett has still managed to keep a very low profile. According to the source, he was married but after some years of his marriage the relationship didn't work out well as it was supposed to be and the couple got divorced.

Aron, moreover, has three sons from his ex-wife. One of his sons is Jordan Prtchett. He is a musical artist. Till the date now he has not disclosed the name and any information regarding his ex-wife and his children.

As of now, Aaron is dating his girlfriend, Jesse Marie whom he met 18 years ago as per his Instagram post.

18 years ago today I met this beautiful woman. Jessie walked into the club I was DJ’ing at, stood behind my booth and I was captivated. I believe my “line” to her was, “you have the most kissable lips I’ve ever seen”... I’ve loved her ever since. Although it’s not the anniversary it should be for us, still it’s a day I will never forget, every year it comes around.

Yje girlfriend-boyfriend couple spends most of the time together.

Aaron Pritchett has an estimated net worth of around $1 million. His major source of income is his musical career.

Pritchett is collection an amazing amount from his albums and songs.