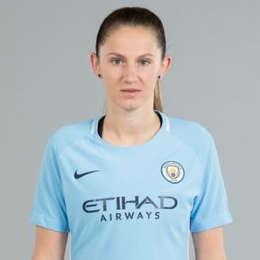 Abbie McManus is a famous British Footballer better known for playing as a defender for the FA WSL club Manchester United and England national team. She is also known for playing infamous clubs like Manchester City and Sheffield FC. She was named as the 'Under 16s Most Improved Player in 2008'.

Abbie McManus is a famous British Footballer better known for playing as a defender for the FA WSL club Manchester United and England national team. She is also known for playing infamous clubs like Manchester City and Sheffield FC. She was named as the 'Under 16s Most Improved Player in 2008'.

Abbie McManus' Personal Life; Who is She Dating?

Abbie McManus is possibly single as of now. The footballer is out of any dating relationships and seems focused on her career. Further, she is never linked with any men and is also not seen with any person in any events and functions. 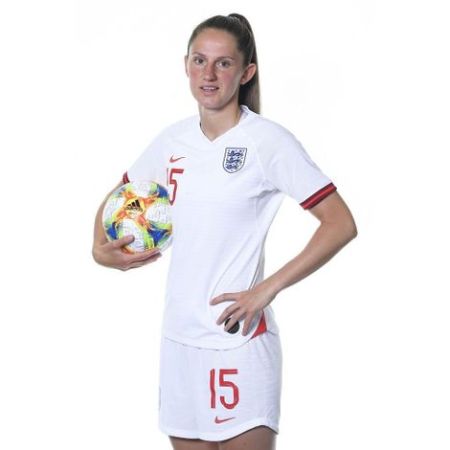 McManus is a family oriented person who never misses a chance to spend times with her family whenever it is possible. On top of that, it seems like she is fond off with babies as she is seen holding her nephew George in many places.

Abbie McManus' Net Worth; Know about her Earnings, Salary

Abbie McManus' net worth lies somewhere between $1 million-$5 million. She gathered that fortune from her career as a professional football player. In addition, a women footballers can earn over $315,000 per year in the Premier League.

McManus further started playing football with her brother, early in her life. Later, she joined the Boy's football club prior to joining Bury Gils due to the lack of girl teams in her community. Afterward, she was named as the Under 16s Most Improves Player of 2006 for her performances. Besides, her career as a professional career as a footballer started when she was signed for FA Women's Premier League Northern Division club Manchester City. Further, she helped the team to reach National Division 2011-12 after winning the league. What's more, during her career in the club from 2009-2013 she scored 6 goals in 69 appearances.

Abbie after that moved to the Sheffield FC for 2013-2014 where she played 13 games and scored 1 goal. Furthermore, in 2014 she was called back to Manchester City football club and debuted in May 2014 match against Everton at Etihad Stadium. Following that, she scored her first goal for the club during the 2014 WSL Cup against Liverpool.

McManus plays for the Manchester United football club since 17th May of 2019. Until now, she hasn't played for the team but will soon appear in the clubs starting 11 in 2019-20 season. And for Abbie's international career, she represented Englands team in 2019 FIFA Women's World Cup qualification matches. In an interview, she shared her experience with the new coach of the team saying,

"I didn't seem to be ticking the boxes when Mark Sampson and Mo Marley were in charge but that seems to have changed since Phil has been involved. I'm really enjoying things under Phil because he's very tactical and that's what we like at City, too. I'm delighted to be picked for the seniors and I hope I can continue to be picked. I want to improve under Phil and learn from him."

The British defender is currently playing on the 2019 FIFA Women's World Cup in France after getting selected in England's 23-player squad. The team is set to play against Sweden for the third place in 6th of July after losing to the United States in the semifinals. 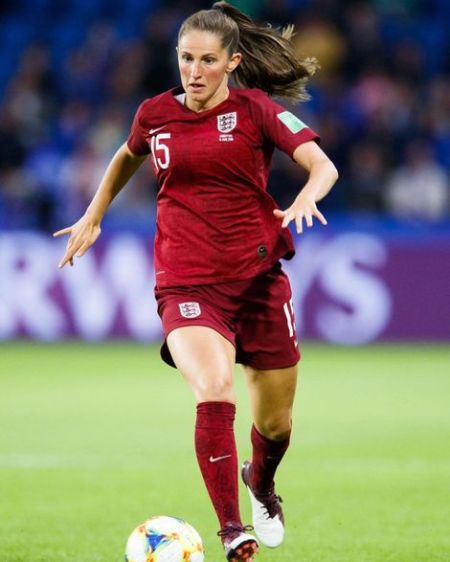 Take a look at the Interview of Abbie McManus talking about her Experience in Manchester United;