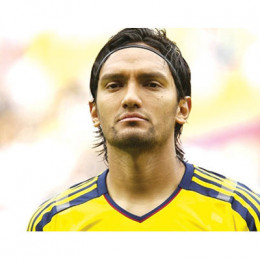 He is a Colombian professional football player who is currently playing from the French club side Toulouse FC since 2013 and is als playing in the Colombian National Football Team as a central midfielder wearing jersey number 21. He has been playing in the national team since 2004. He is known for his great skill and capability to block the ball. He made his professional debut from the club Deportivo Cali in the year 2002.

Abel Aguilar was born on January 6th, 1985 in Bogota Colombia. He is the son of Lucy Tapias and Alvaro Aguilar. He has one brother named Alvaro Aguilar. The Colombian journeyman was interested in football for as long as he remembers walking.

He grew up in a poor household in Colombia. Soon after he started playing in various minor leagues, numerous scouts had their eyes on him as his exceptional ball passing skills were unmissable. Soon he signed with the Colombian side, Deportiva Cali. 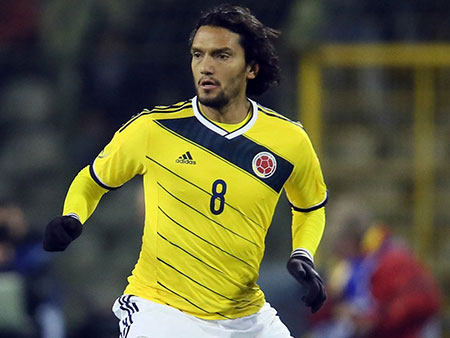 Then in 2005, Seria A side, Udinese purchased his rights from Deportivo, though, he wasn't going to debut for the Italian side as he was immediately loaned.

The main reason for the loan spell was due to the maximum number of foreign players on the roster.

He spends over 7 seasons in the Spanish league. His first loan spell was at Ascoli, where he made zero appearance. After a drought-ridden loan spell, he returned to Udinese only to appear for two games.

Then in 2007, he was again loaned to Spanish side, Xerez. He played there for one season from, 2007 to 2008 and scored 3 goals. In the next season and the season after that, he was subsequently loaned to Hercules and Zaragoza. In total, he scored 13 goals in 61 appearances.

In 2010, his club, Udinese released him and he signed a four-year, contract with Hercules. His first season with Hercules ended in without any goal and the team was relegated to the lower division.

After two seasons, Hercules loaned him to Deportiva La Coruna. In that very season, he played 28 games, netting three goals.

The French side, Toulouse signed him in 2013 and they agreed on a three-year deal. He made his debut for the French side against SC Bastia. In his debut match, he put up an average performance.

He spent around three seasons at the club, though, he was sidelined for maximum times because of his ankle injury. Then in the January Transfer window, he joined Portugal side, C.F. Os Belenenses.

But after few months, in 12th June, he made his way back to his former club, Derpotivo Cali and agreed on a three-year contract. He has since made 55 appearances for the club scoring 1 goal.

Abel Aguilar became the captain of the Colombia Unde-17 which helped him reach stardom in the world of football. When he was the caption of the side, he led them to finish 3rd in the 2003 FIFA World Youth Championship.

He made his debut for the senior team in the 2014 FIFA World Cup. His first game was a 3-0 win against Greece. He is also picked for this year's Colombian side going to World Cup in Russia.

Abel is currently single and not dating anyone at the moment. He was previously married to Natalia Restrepo. They tied the knot on April 8t,h 2014.

The pair were together for around three years before calling it quits. Their divorce was finalized in 2017. The real reason behind their split is still at large but many sources allege it was due to Abel's hectic career.

The former couple first started dating back in 2012. She used to work as a journalist before leaving her profession.

Abel Aguilar stands at a height of 1.85 meters. He weighs around 80 kg.