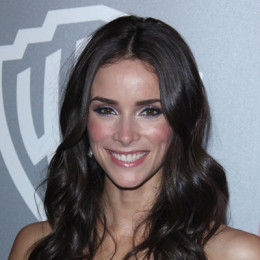 Abigail Spencer is an American actress recognized for her recurring roles on TV series, Mad Men. He appeared in films such as In My Sleep, Cowboys & Aliens, and This Means War. She was married and has a child.

She began her career as Rebecca Tyree on the ABC daytime TV soap opera All My Children, she is gaining wide attention from her fans. Despite an unsuccessful married life and divorce in past, she is dating a new boyfriend.

The Cowboys and Aliens fame star are romantically involved with Josh Pence, The Social Network actor. The duo is together for more than six years now. They have been together since early 2014.

Prior to Josh, Abigail was married to Andrew Pruett, a former employee of Apple Inc. in 2004. The former couple was first met in 2000 through their mutual friend. The duo shared one son Roman Pruett (born on 19 December 2008). But after eight years of togetherness, the couple had a divorce in 2012.

Currently, she is dating a new boyfriend. She celebrated Valentine's Day with her man and posted an adorable image of the duo. Have a look:

Spencer is a beautiful and talented actress and has been involved in relationships before. But unlike some, she doesn't have a long list of it. She has been able to keep her personal life away from media attention.

She had been linked with some of her male counterparts to have been romantically involved with. But as there was not much evidence about her rumors, they never grabbed any attention later on. She has been married once and divorced too.

Abigail Spencer has an estimated net worth of $3 million at present. Her primary source of income is a career as a television and movie actress.  The 5 feet 6 inches tall actress featured in dozens of movies and television series to date.

Abigail owns a lavish house in Los Angeles which is worth $1,299, 000.  She drives a black Ferrari car which costs $252,000-$272,000 approximately. She receives a thick amount from ads and endorsements including PETA and NBC.

Abigail began her professional career working in a modeling agency, she got her first role in 1999. After that, she earned much praise and thus more and more work followed her, making her very busy. Her father is already dead and her mother often visits her.

In 1999, Abigail Spencer got her first major role as Rebecca "Becca" Tyree on ABC soap opera All My Children. She has played guest roles in numerous tv series including; CSI: Crime Scene Investigation, How I Met Your Mother, Private Practice, and Castle.

Spencer was nominated for Critics' Choice Television Award for Best Supporting Actress in a Drama Series and Satellite Award for Best Actress – Television Series Drama for her performance in Rectify. She was cast in The Forger along with John Travolta.

In 2016, she was cast as lead character Lucy Preston in the NBC series Timeless and the show was renewed by NBC on May 12, 2017. The network had canceled the series days earlier but reversed the decision.

After she met Andrew, in 2003 the couple had a mutual feeling towards each other. So after dating sometime, they got married in 2004. After living together for some 9 years and having a child together, they separated in 2012 and divorced in 2013.

Roman was born as the couple's only child, just before they separated. After the divorce, he is brought up by his mother but has contact with his father too.