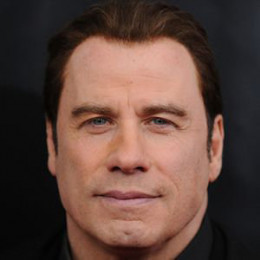 American actor, dancer, and singer, John Travolta is currently married to actress Kelly Preston. He was born to actress and singer Helen Cecilia and semi-professional football player Salvatore Travolta. John Travolta attended Dwight Morrow High School but dropped out as a junior at age 17 in 1971. Travolta first became known in the 1970s, after appearing on the television series "Welcome Back, Kotter". He has an astonishing net worth which he accumulated from his film career. Travolta is happily married to actress, Kelly Preston on September 12, 1991. The duo is proud parents of two children.

Travolta is American and belongs to the mixed ethnicity as his father was a second-generation Italian American (with roots in Godrano, Sicily) and his mother was Irish American.

His father was a semi-professional American football player and mother was an actress and singer. Travolta has five siblings, Joey, Ellen, Ann, Margaret, and Sam Travolta and all of them are involved in acting fraternity.  He grew up in Roman Catholic but in 1975, he converted to Scientology.

Travolta attended the Dwight Morrow High School but he left the school at the age of 17 in 1971.

After dropping his school, John Travolta moved to New York City in order to pursue his career in entertainment fraternity. He landed a role in the touring company and on Broadway in Over Here!.  Later he moved to Los Angeles to expands his career in show business.

In 1972, Travolta got his first TV role in Emergency! but his appearance goes uncredited. He debuted in film in 1976 with a horror movie, Carrie. However, he rose to fame after he landed a role of Vinnie Barbarino in the ABC sitcom, Welcome Back, Kotter.

Travolta released his first single, Let Her In which reached #10 on the Billboard Hot 100. The success of  Saturday Night Fever (1977) and Grease (1978) helped him to gain popularity among international audiences.

Saturday Night Fever earned him his first Oscar Nomination for Best Actor. The movie includes his sister, Ann, and mother in a minor role. He provides several songs for the Grease soundtrack album.

In 1980, he appeared in the romantic drama film, Urban Cowboy. The movie was commercially successful. However, after Urban Cowboy, his career hit a low patch with many critical failures including, Perfect, and Two of a Kind which even sidelined his acting career.

In 2000, Travolta co-produced and starred in Battlefield Earth. The movie was a commercial failure and received negative reviews. He portrayed the character of Mrs. Edna Yurnblad in the remake of Hairspray, Wild Hogs.

John Travolta is a great movie artist but besides this, he was a professional private pilot. He owned four aircraft excluding the ex-Qantas Boeing 707-138B (Ex-VH-EBM) that he owned. The plane was donated to the Historical Aircraft Restoration Society (HARS).

Travolta named his 707 "Jett Clipper Ella," in honor of his children. He was piloting his Gulfstream N728T at night above a solid undercast in November 1992 after facing a total electrical system failure in  Ronald Reagan Washington National Airport while flying under instrument flight rules.

In 2007, Travolta was inducted into the Living Legends of Aviation and chosen as the award shows official ambassador. He also author book titled, Propeller One-Way Night Coach, the story based on the young boy's first flight.

In 1996, Travolta won the first "Golden Globe Awards" for the movie, Get Shorty in the category of Best Actor – Motion Picture Musical or Comedy. The same year, he received American Comedy Awards for the same movie.

Travolta received two "Blockbuster Entertainment Awards" consecutively in 1997 and 1998 for a Favourite actor for the movie, Phenomenon and Face/Off.  In 2008, he honored "Critics' Choice Movie Awards" for film, Hairspray.

John Travolta married his long-time girlfriend actress, Kelly Preston on September 12, 1991. The duo exchanged a vow in a lavishing private ceremony. They first met during the filming of The Experts (1989).

Travolta lost his son, Jett Travolta in 2009. Jett was found dead on a Christmas vacation in the Bahamas at the age of 16 because of seizure. Jett had a  troubled history of seizures because he suffered from Kawasaki disease at the age of 2.

Travolta founded the Jett Travolta Foundation, a non-profit organization to help children with special needs in memory of his son. The organization has contributed to Simon Wiesenthal Center, Oprah Winfrey Leadership Academy and The Institutes for the Achievement of Human Potential.

Travolta and Preston have a marriage issue but after attending many marriage counseling, they were able to maintain a healthy marital life.

Prior Kelly Preston, Travolta was in a romantic relationship with actress Diana Hyland. The pair first encounters on the set of The Boy in the Plastic Bubble and eventually fell in love. The couple was ready to turn their relationship into next level but Hyland leaves him forever. She died in 1977 due to the breast cancer.

In May 1991, Time Magazine published a cover story,  "The Thriving Cult of Greed and Power". The article stated Travolta as homosexual. The former Church of Scientology Executive Director, William Franks alleged Travolta was worried about that the Church would publish detailed revelations of his private life.

The claimed was recapitulate by Franks and other Scientology defectors in Lawrence Wright's 2013 book Going Clear: Scientology, Hollywood, and the Prison of Belief. The former church official Marty Rathbun stated, he worked with Travolta's attorneys several times to keep Travolta's homosexuality allegations out of the limelight and resolve lawsuits against the star.

In May 2012, an anonymous masseur alleged Travolta for sexual assault and battery. Later, Travolta lawyer stated allegations were "complete fiction and fabrication" and someone wanting their 15 minutes of fame. Later, the second masseur also claimed the same allegation but both the allegation were dismissed without prejudice.

Los Angeles superior court dismissed the case of Travolta and his attorney Marty Singer writer Robert Randolph after founding a letter, written by Singer in response to allegations in a book by Randolph, had free speech protection.

Travolta former pilot, Douglas Gotterba claimed, they shared a sexual relationship while working for Travolta's aircraft company, Alto but he denied the allegation.

Travolta again faced sexual allegation by a 21-year-old masseur in 2017 for a sexual battery that reportedly took place in 2000.

John Travolta stands 6 feet 2 inches (1.88m) tall. He is one of the richest Hollywood celebrities and highest paid actor. He has an estimated net worth of $170 million. In 2017, he has a combined earning of $96 million.

Travolta movies succeed to did a quite amazing job at the box office some of his hit movies collection are listed below along with budget details.

Travolta has $4.9 million estates in the Jumbolair subdivision in Ocala, Florida which is situated on Greystone Airport including $3.5 million mansion. Apart from this, he owned many luxurious properties and cars.

John Travolta married to actress Kelly Preston twice. The couple met during the filming of The Experts (1989). They married on 12 September 1991.

Ella Bleu Travolta was born, on April 3, 2000. She has one younger brother.

Benjamin was born in a Florida hospital on November 23, 2010.