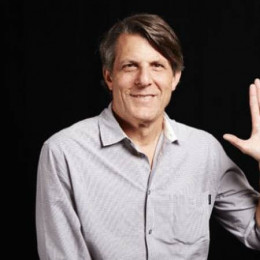 The renown film and television director Adam Nimoy is popularly known for being the son of Star Trek actor Leonard Nimoy. His directorial include movies "For the Love of Spock", "The Huntress", "The Net", and Television series, "The Practice", "Ally McBeal", "Gilmore Girls", "NYPD Blue", and so on. Besides directing he is also involved in business affairs and was a business affairs executive for EMI American Records and Enigma Records.

Adam Nimoy was born Adam Brett Nimoy to parents Leonard Nimoy and Sandra Zober on August 9, 1956, in Los Angeles, California, United States. His father was a famous actor who had been cast in many movies and Television series. He grew up with his older sister Julie Nimoy who was born in 1955. His parents divorced and his father married actress Susan Bay later on. 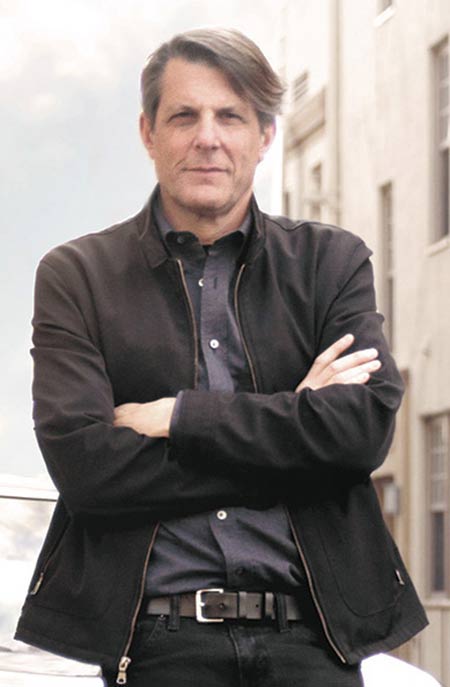 From his father's second marriage he got a stepbrother named Aaron Bay-Schuck. As for his bachelor studies, he enrolled at the University of California, Berkeley from where he graduated with a degree in science. He also attended Loyola Law School to gain a Juris Doctor degree.

Adam Nimoy is professionally a movie director who has been involved in various fields in his career. He started working as an attorney in entertainment law in the entertainment industry. Nimoy then worked as a business executive for EMI America Records and Enigma Records.

He has directed some episodes of some series like The Practice, Ally McBeal, Gilmore Girls, NYPD Blue, Babylon 5, The Outer Limits and so on. Nimoy is also known to have directed movies like Star Trek: The Next Generation in 1987, Deadly Games in 1995 and For the love of Spock in 2016. His father used to be among the cast of his directorial movie Star Trek: The Next Generation alongside other actors like Patrick Stewart, Wil Wheaton, Michael Dorn, Whoopi Goldberg and so on.

He has worked as a lecturer and has taught Thesis Film Post Production & Advanced Approaches to Direct at the New York Film Academy. Besides he has written a book which is a memoir named My Incredibly Wonderful, Miserable Life and was published in 2008 by Pocket Books.

Nimoy released his documentary named For the Love of Spock on April 16, 2016, at the Tribeca Film Festival. The documentary depicted the life of his father and the 50th anniversary of Star Trek's 1966 Television debut.

Adam Nimoy is professionally a movie director but his net worth is not estimated and is still under review. His major source of earning is from his career as a movie director, lecturer, and a business executive. While his late father Leonard Nimoy is estimated to have a net worth of $45 million.

The Star Trek director Adam Nimoy is married to star trek actress Terry Farrell. They engaged on August 19, 2017, and finally tied the knot in a private ceremony on March 26, 2018. Before his relationship with Farrell, Nimoy was married to Nancy Nimoy and has two children a daughter named Madeleine Nimoy and a son, Jonah Nimoy with her. 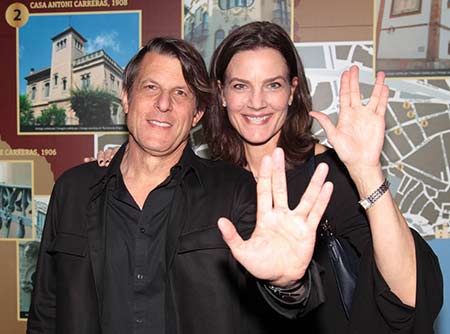 He lost his father to a chronic lung disease which was caused by his 30 years of smoking habit. His father Leonard Nimoy died in February 2015 in his Los Angeles. Talking about his father he remembers him being a drunkard who didn't care for the family much as he was busy with his shooting.

But after Star Trek ended he changed and started caring for his family and gave them his time. Nimoy isn't much of a social media person and remains absent from the social networking sites.

Adam Nimoy was previously married to Nancy. The couple has two children together named Madeleine and Jonah.

The couple were in a relationship for some time and later married in a private ceremony on March 26, 2018.

The couple gave birth to their daughter Madeleine. They are not together since their divorce got finalized.

The couple has a son named Jonah Nimoy whose date of birth is not mentioned.