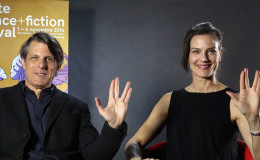 Star Trek star Terry Farrell Got Married to Adam Television Director Adam Nimoy; He is the son of Leonard Nimoy; The couple got engaged last year in 2017; Also, see..

A beautiful Tribute to his late father.

Their nuptials took place in San Francisco, California in front of their closest of friends and family. 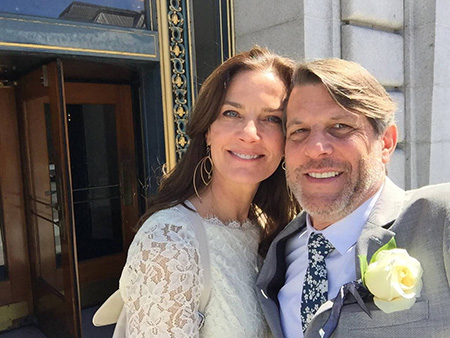 The newlywed looked excited and their picture proved it all. The picture shared by the RT journalist Scott Mantz showed their radiant face as they got hitched in a beautiful ceremony.

There is not much information regarding the wedding but we can tell she wore a white wedding gown and her groom a silver-grey suit.

The duo announced their engagement last year in 2017. She also tweeted about her marriage,

Many of the stars of the show, Star Trek, such as Robert Picardo and Jeri Ryan also congratulated the pair. According to them, the couple makes a radiant pair.

They choose their wedding date in the day of Adam's father birthday just so they could give tribute to them. The legendary actor died on February 27, 2015. He was 83 years old.