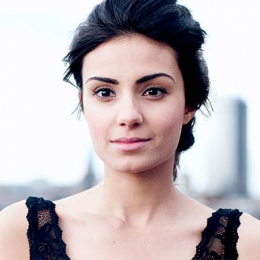 British actress, Aiysha Hart is one of those actresses who gained massive popularity just by working in one TV series named Atlantis. She is also known for working in films like Djinn, Honour, Colette and many more.

Aiysha Hart is possibly single as of now. The actress is focused on her career and is out of any dating relationships. Moreover, she is never spotted with anyone in any events and venues outside the reel life.

Hart is currently out of any rumors and controversies about her acting life and daily life. In fact, she avoids media attention and prefers to keep the information regarding her personal and professional life within herself. Additionally, she is an active person on social media where she posts many personal and promotional posts.

How much is the Net Worth of Aiysha Hart?

You may say I’m a dreamer, but I’m not the only one. • Shot by the wonderful @chrisfloyd for @thevioletbook

The 30-year-old actress first appeared in the film industry by working in the 2013 Emirati supernatural thriller film named Djinn as Sarah. After that, she worked in a number of films including Hope Gap, Honour, Colette and many more. Furthermore, her movie Colette collected a total of $14.3 million on the box office. What's more, she is currently working in the American British drama film named Mughal Mowgli which will be premiered in the year 2020.