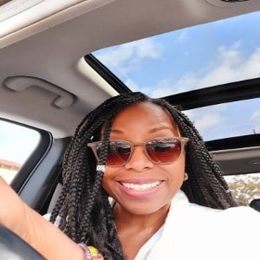 Ajai Sanders is an American stand-up comedian, actress, and anchor better known for her small appearance on the sitcom A Different World as a Gina Deveaux till the end of the series (1991-1993). She has become a prominent celebrity as a comedian in the entertainment industry of Hollywood for more than 3 decades, currently, the star is hosting a talk show Multiple Personalities with Ajai Sanders

Who is Ajai Sanders Dating?

Ajai Sanders seems to be cheerful about her life, both personal and professional. She is likely single and not in a romance at present, just like her A Different World associate Kadeem Hardison.

The actress is active on social media, where she posts her moments with her friend and family in her leisure time. Though Sanders has shared a few loving moments with her loved ones, there's no indication from her that she is dating anyone. Therefore, the celeb is single and happy with her successful career and achievements. 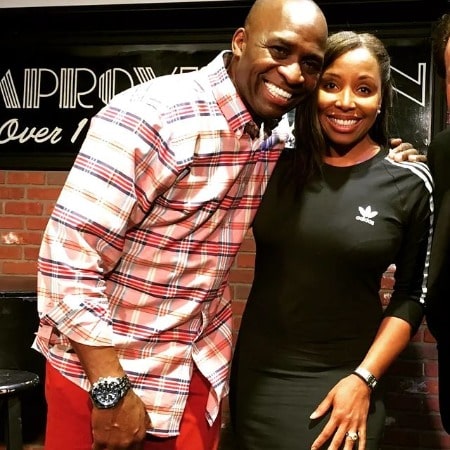 The famous Television personality has focused more on her profession and is committed to concentrating on her current projects. Ajai is happily engaged with her busy career and daily schedule and has no time for any relationship.

The lady has established her independent career life where she doesn't seem to focus on being committed to any other man. As per the reports, Sanders may have had at least one relationship, but the independent celeb is looking forward to her career opportunities.

Talking about the multitalented star Ajai Sanders's past life, Sanders was married to Texas-based Micheal Brownlee on 11th May 2002 in confidential and close circles of the couple's friends and relatives with respective ethnic wedding rituals.

The love partner was happily married from the beginning of their marital life, and there were no rumors of a dispute between Brownlee and Ajai; unfortunately, after 14 years since the wedding day, both mutually decided to separate. 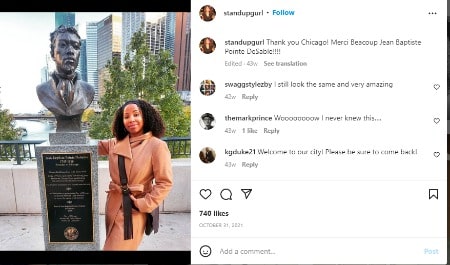 In August 2016, Sanders and her ex-husband, Michael, legally divorced in Texas without creating controversies in the media. During the 14 years of togetherness, the couple never welcomed their child into the world, so they do not have a single child from their marriage.

Both ex-couples have moved on in their lives, created their own ways throughout the journey, and are happily cordial even after the separation.

On 1st October 1967, Sanders was born to African American family in North Trenton, Trenton, New Jersey, USA. The comedian belongs to non-filmy family background, which shows her interest in the art and the entertainment field made her build her career and profession as an artist in the USA.

There's no information about Sanders's parents in public, but the actress is close to her family and considers her mother and father as a source of inspiration for what she has become. 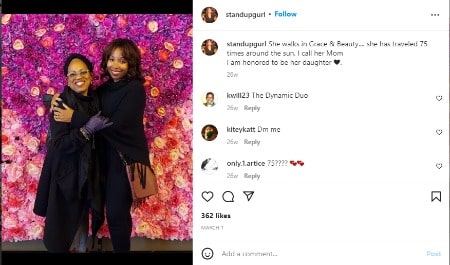 The TV host, Ajai, initiated to establish herself as a professional comedian, so to pursue her dreams, she moved to Los Angeles. Her journey started as she struggled to get opportunities to remain in the shows.

The superstar got her first minor role as Gina Deveaux on the sitcom A Different World, but looking at her brilliant talent, the director decided to expand her roles with more screen time on the series.  From its 1991 debut till now, the media sensation has impressively amazed the audience with her comic timing and exceptional influencing personalities on TV.

Regarding Ajai's Tv career and movies, the celeb has earned a massive victory over the achievement she made within 30 years of her acting career. The gorgeous woman has a good fan base, especially for her comedy and unique hosting interactions on TV shows. After her recognization by the public audience as a Gina in America, she gained lots of deserving fame and opportunities in A-listed comedy series and TV series. 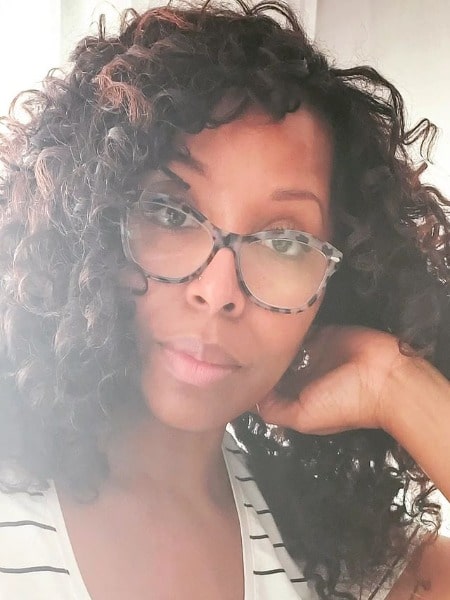 Sanders has starred in many sitcoms such as Martin, Hangin' with MR. Cooper, The Fresh Prince of Bel.Air, The Parenthood, The Jamie Foxx Show, and Moesha. The audience admired her acting and comic roles in the TV series through which her fame started to rose in Hollywood as a professional standup comedian.

With lots of experiences from the series and live shows that Ajai was part of, she attained courage and confidence. The actress also gave a guest appearance on a 2001 episode of The Lifetime show, The Division and on the series High Freakquency where Sanders was credited as Ajai Richards. Recently, the bold lady is glimpsed as an anchor on the Business Bully TV show Multiple Personalities with Ajai Sanders.

The Net Worth of Ajai Sanders

Ajai Sanders gained popularity throughout the country through her devotion to the entertainment industry. In the same way, she is mostly known for her standup comedy, and people admire her work and dedicated skills and talent.

The audience respects her work on the small screen as her natural acting and dedication can be speculated through her work on the series. As per Sanders's work portfolio and continuous projects throughout her career journey, it is very predictable that comic artist has a high demand. She began standup gig on Russell Simmons' Def Comedy Jam.

Check out a clip of Ajai Sanders's acting on A Different World!

According to media portals and online sources, an American comedian's average annual payment is around $54,000 a year. Ajai is a famed standup comedian, host, and actress who has undoubtedly made her mark in the field. Her annual salary as a comedian should be well over fifty grand.

The humorist's estimated net worth is $500,000, her primary source of wealth being acting, stand-up comedy, and hosting TV shows. Sanders's former A Different World co-star Charnele Brown has a whopping $4 million net worth.

Ajai Sanders and Michael Brownlee had 14 years of cordial marital status but in August 2016 both partners decided to take separation.