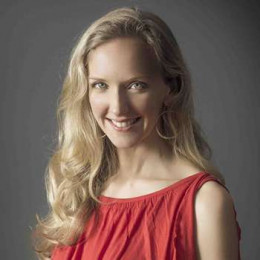 Alexandra Marie Jamieson is one of the great chef and Television actor. Her father was William Jamieson. She was graduated from New York City's Natural gourmet Cookery School, and began cooking professionally in Milan Italy. Her first television appearance was from co-created Oscar nominated Spurlock's television program '30 Days at Minimum Wage' and she has appeared in other great shows in CNN, Fox News, USA Today and People magazine. And she has authored four books including Vegan Cooking for Dummies and Living vegan for Dummies. Although she began her business as vegan chef, she later admitted that she had been eating animal products for several years.

She was married to a great documentary filmmaker and television producer Morgan Spurlock. They were dating since 2004 when they came up with the idea for 'Supersize Me' and married two years after its success. They had a son together but soon after, they  got divorced. Her husband went Afghanistan for making a documentary during her pregnancy period which made her feel low and left behind which was the main cause for them being apart. However her husband took the blame for the divorce. And Alex share custody of their son. Morgan has moved on and is been dating someone.

They were dating from 2004. Together they conceived Super Size Me and married two year after the success of this show. They had a son together. But much in love couple had to divorce due to small lack of mutual understanding. The mother then took the custody of her son.

He was the first son they welcomed .