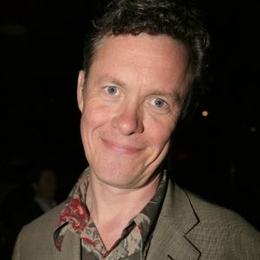 Starting his career with a theater play in the late 70s, Alex Jennings only made his screen debut in mid-20s and since then he is performing on both stage and screen. He is popularly known for his breakthrough performance, Prince Charles in 2006 film, The Queen.

The British actor exchanged the vows with his 37-years partner, Lesley Moors in 2012 at the local registry office with their children, as witnesses. Their wedding was an intimate ceremony which only happens for legal purpose. 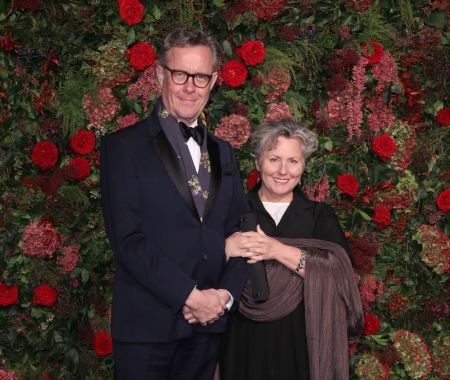 Alex with his wife at theater awards. SOURCE: Getty Image

Regarding his conjugal life, Alex revealed, he and his wife only bound in a marital relationship for tax purposes because marriage brings favorable tax implications. He added if it weren't for those than neither of them would have done it.

The couple never misses a chance to compliments each-other, especially Jennings, who believes they made a fantastic combination. Musing about his better-half, the actor said,

"Lesley is a very strong person and very warm, with huge emotional intuition."

The star also called her a landscape gardener for their terraced house in London. More to that, according to him, Moors has an excellent eye for both the inside and outside of the house.

How Alex Met His Now-Wife?

Jennings first met his wife during his college days at the University of Warwick in 1975. At that time, he was 18-year-old, and Moors became his first-ever girlfriend. Interestingly, the couple is together since then, without any sign of disputes and seperation. 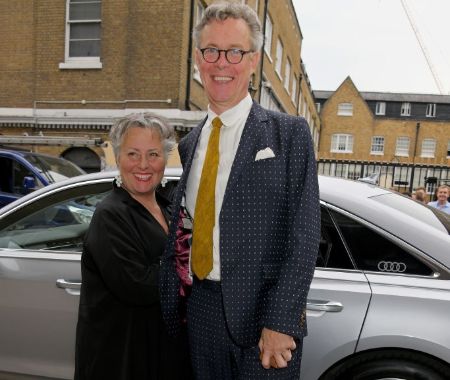 The couple did productions together at the University where Alex was doing English and theatre studies. As a matter of fact, their first play was ''The Crucible'' where his wife got a role, but he didn't. However, he was happy for his then-girlfriend and enjoying his backstage work.

Jennings and his wife share two children; Ralph Jennings and Georgia Jennings who were born before their marriage. They first welcomed their son, Ralph in 1990 after 15 years of togetherness. Then, the duo is blessed with a daughter in 1992.

Both of his kids are in their 20s during his official wedding with Lesley. The family of four always made a great family with their understanding, bonding, and gives major family goals since the early 1990s.

As of now, Ralph and Georgia are well settled in their personal and professional life, but they frequently visit their parents in London.

Alex Jennings was born and raised in Essex, outside of London to Peggy Jennings and Michael Jennings. His mother worked for Cable & Wireless in telecommunications, and further was stationed in Malta during the last two years of World War II. 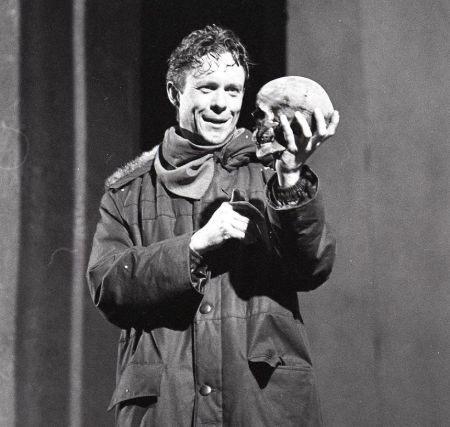 Jennings from one of his Shakespeare play. SOURCE: RSC

More to that, she was the county chairman of the local Women's Institute and taught handicrafts and needlework to them. Sadly, she died in 2012 due to undisclosed health problem.

According to Alex, his parents had a great relationship who was married for 60 years. In 2011, his 89-year-old dad went to Malta to visit the places where his mother had been during the war.

The actor believes, he receives extravagant nature from his grandma who was full of life, previously remembering his grandma, he told,

"Once, she went off to pay the electricity and gas bill in the 1930s, but instead bought a fur coat. I suppose the gas and electrics were cut off, but I don't know."

Jennings has an elder brother, Tim Jennings with whom he shares a great bonding.

Alex Jennings' Net Worth and Earnings

The 62-year-old actor is one of the prominent stage ad screen British actor with a total net worth of $1 million. He received around $2,000 from his stage play and nearly $100,000 from screen roles.

Alex Jennings on BBC Breakfast, check out he video;

Jennings one of the most recently released, The Lady in the Van (2015) collected $41.4 million at the box-office against the budget of $6 million. The movie also includes star cast such as; Maggie Smith, Jim Broadbent, and Roger Allam.

Don't forget to visit Marriedwiki for more Biographies and Gossips!!!

Lesley Moors is best known as the wife of British actor, Alex Jennings. The duo is proud parents of two children.

Ralph Jennings was born on 1990. He has one younger sister, Georgia Jennings.

Georgia Jennings was born on 1992. She has one elder brother, Ralph Jennings.