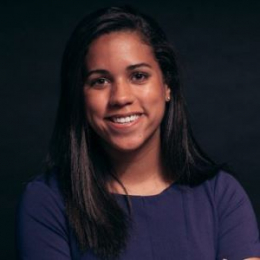 Alexi McCammond is a rising star in political reporting who is currently working as a political reporter in 'Axios'. She has worked previously in other reputable magazines such as 'Cosmopolitan' and 'Bustle.'

Is Alexi McCammond Dating? Know More about Her Personal Life and Controversies

Alexi McCammond is currently dating Director of Photography and editor Rob Groulx. The exact date of the start of their relationship is not known, however, their photo together can be seen dating back to 2017 in Groulx's Instagram.

The couple is enjoying their time together by going on vacation and no marriage and engagement rumors are surrounding them at present.

McCammond is new in the journalism field, however, she came into limelight quickly when she posted a Twitter video of Donald Trump in 2016. In the video, Trump is seen grabbing her wrist and shouting "Put That Down" to her when she asked a question about young women who are nervous to vote for him. Check out the video below!

When @realDonaldTrump grabs my wrist, tells me to "put that down" and pushes my phone away #Debates2016 pic.twitter.com/0puNWFfhwC

McCammond is again in the news in 2019 for a different reason. She posted on Twitter on April 6, 2019, that she was drugged while getting drinks at the St. Regis hotel in Washington, D.C. and is currently recovering from it. Moreover, she was also previously drugged in 2014 when she accepted a drink from a stranger.

Alexi who is just 24 years old boasts an overall net worth of $200 thousand-$300 thousand. She earned this wealth in the few years after she started working as a reporter.

McCammond is currently working as a political reporter in Axios and earns an average salary of $39,140. Furthermore, she owns a miniature schnauzer, Marlin which costs an average of $400-$1,500.

Alexi McCammond was born in 1994 to father Jack McCammond and mother Shelli McCammond McGinley. She is of mixed race as her father is of African-American heritage and her mother is white American. She grew up in Chicago with her two siblings, a brother named Braxton McCammond and a sister named Aubyn McCammond. 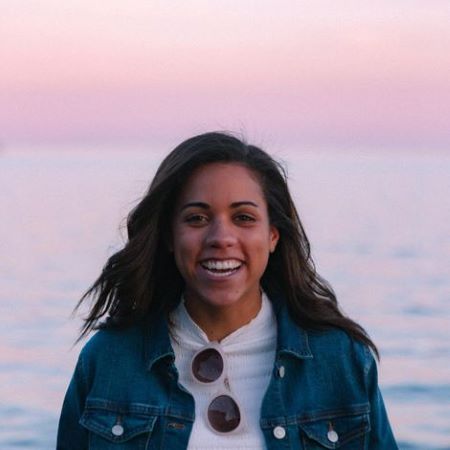 McCammond graduated from Guilford High School in Rockford, Illinois and got a full academic scholarship at the University of Chicago. She graduated in 2015 with a bachelor’s degree in Sociology and Romance Languages & Literature.

After college, she worked at Cosmopolitan Magazine as Freelance Political Writer, then she worked in Bustle for a year in different positions and is currently working at Axios as a political reporter.