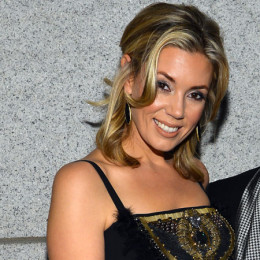 Alexis Roderick is better known as the partner of iconic rocker Billy Joel. Before marrying him she was broker at Morgan Stanley Smith Barney in Garden City. She has years of financial professional experience. She is legitimate licensed Broker-Dealer. She completed her college degree from Stony Brook University on political science, economics and Latin American studies. She is very gorgeous and bright lady.

Talking about her relationship status, she is already married to a popular iconic rocker at his estate on Long Island. She met her husband at a restaurant when she was working as a senior risk officer for Morgan Stanley.

Congratulation to the glowing bride and groom.. And to my daughter Alexa, who has a wonderful friend in Alexis! Wishing the growing family every happiness! @clairemercuri @myrnasuarezphoto

Her husband Billy Joel already married three times before marrying her and has a grown-up daughter. She has got a vast age difference with her current husband. Beside him, there is no rumor of her having an extra marital affair with anyone.

Besides her work at Morgan Stanley, a wealth management company in Garden City, New York, she enjoys riding horses.

As per some sources, she owns many horses and she's active in the U.S. Equestrian Federation.

Professionally he is an American pianist, singer-songwriter, and composer. Together they are blessed with a daughter.

She is very gorgeous kid. Her picture can be found in different sites.