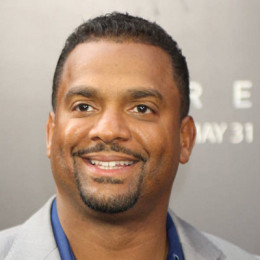 Alfonso Ribeiro is a multi-talented American actor, television director, dancer and a game show host. He is known for his performances in the sitcom Silver Spoons as Alfonso Spears and in the NBC sitcom The Fresh Prince of Bel-Air as Carlton Banks. Alfonso Ribeiro was born in New York City. His parents are Michael and Joy Rebeiro, who were from Trinidad and Tobago. He made his debut in the entertainment field when he was 8 playing a lead role in the Braodway musical �The Tap Dance Kid�.

The multitalented artist Alfonso Ribeiro was born on September 21, 1971. He grew up in New York City to  Trinidadian parents Michael and Joy Ribeiro. He has an American nationality and Afro-Trinidadian ethnicity.

Alfonso has attended California State University at Los Angeles and completed his graduation.

Carrer & Net Worth of Angela Unkrich

Alfonso has many sources of income including acting, directing, hosting and dancing which represents his net worth of $7 million. Despite this, he owned many properties. 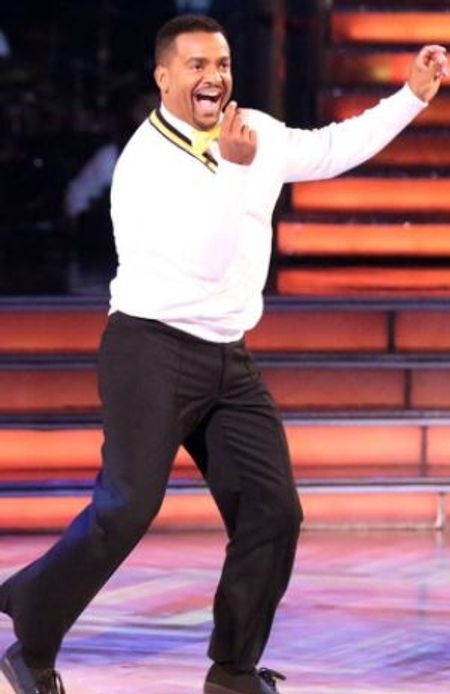 Alfonso Ribeiro is an American actor known for The Fresh Prince of Bel‑Air. SOURCE: E! Online

He began his acting career at the age of 8. He got his first pivot role at 13 years in the Broadway musical The Tap Dance Kid and his performance was critically acclaimed.

In 1984, he was featured in a Pepsi commercial along with Michael Jackson. Later he introduced his dance instruction book Alfonso's Breakin' & Poppin' Book.

The Fresh Prince of Bel-Air

The NBC sitcom The Fresh Prince of Bel-Air helped Ribeiro's to taste a new height of popularity. His breakthrough performance as  Carlton Banks wins many hearts. He played the cousin of Will Smith.

His character was known for frequently dancing Tom Jones 'It's Not Unusual.'

He started his hosting career in 2008 through Catch 21 on GSN. He also involved in directing as he directed the few episodes of  Meet the Browns and Are We There Yet?

On September 2, 2014, he joined the 19th season of Dancing with the stars where he partnered with  Witney Carson. He was the first African-American to host America's Funniest Home Videos on 2015.

The 45-year-old actor is happily married to Angela Unkrich who is known as a popular writer. The duo got engaged in July 2012 and exchanged a vow on October 13, 2012. 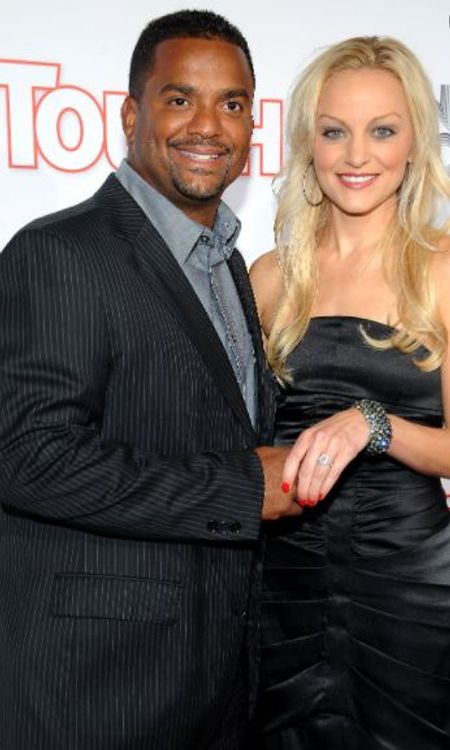 The couple had their first child in October 2013, a son named Alfonso Lincoln Ribeiro Jr. who is known as AJ. In April 2015, they were blessed with their second son Anders Reyn Ribeiro. The family is living happily and peacefully in Los Angeles.

Previously, Ribeiro married to Robin Stapler on January 20, 2002. After 4 years of marriage due to some irreconcilable differences, the couple had divorced in August 2006. 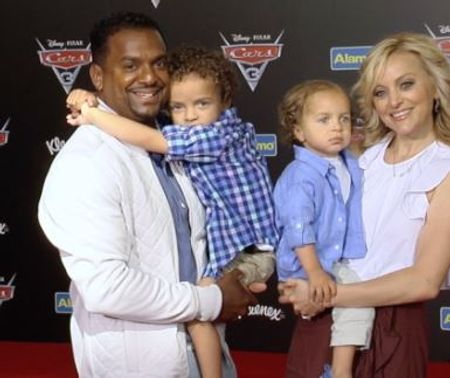 A family picture of Alfonso Ribeiro with his wife and children. SOURCE: YouTube (Maximo TV)

The former couple shared a daughter Sienna Ribeiro and after their divorce, they had joint custody of her.

She was his first girlfriend .They were so much in love with each other and eventually got married. However, the things did not did not turn out well in their relation so the couple had to get divorce from each other. They have a daughter from this marriage. They share the joint custody of their child.

She is his second wife. They got married after dating each other for several years. They got engaged in July 2012. His wife is a writer by profession. They are so much in love with each other. They have a son together whom they love so much and are expecting their second child. They live in LA.

She is the first child from his first marriage. After divorce, he shares the joint custody of her with his first wife.

He is his second child but the first one from his second marriage, born at Cedars-Sinai Hospital, California, USA.

He is the second son of Ribeiro and Angela. He was born on April 2015.