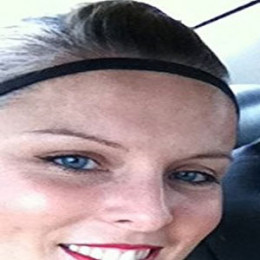 The ARIA Award Winner, Alice Bell, is an Australian writer and director. She is famous for various Australian dramas including The Slap, Puberty Blues, Rush and so on. She has directed various music videos for artists including Jimmy Barnes and Toni Collette.

Alice Bell was born and raised in the harbourside suburb of Balmain, Sydney. After completion of her education and she started working as a dental nurse and at an electroplating factory.

After working in numerous places, she got an opportunity to work as a production assistant in the movie industry. Later, she worked as a production manager at Leah Churchill Brown’s Company, The Doll Collective.

The movie featured at Cannes Film Festival and at the Toronto International Film Festival for its North America premiere before receiving an international release. She received a positive review from the movie though the movie did not succeed in the box office. She won the AWGIE Award for Best Original Screenplay in 2012.

She has worked as a writer on Channel Ten’s police rescue drama, Rush, which was aired on 18th November 2008. She has written episodes for series one to three.

In 2009, she participated in the writer’s workshop at Binger Filmlab in Amsterdam, producing screenplay Gin and Tonic, which in 2015 is in its final stage of development.

Later, she wrote the Connie episodes of ABC’s award-winning and critically acclaimed The Slap, which is the original adoption of Christos Tsiolkas’ novel of the same name. For her great work, she along with her co-writers were awarded AWGIE Awards 2012 for Television Mini-series.

She received an AWGIE Awards nomination for the for Best Screenplay in a Television series for her episode of Spirited, If You See Her Say Hello and AACTA Award with co-writer Tony McNamara for episodes five of the Ten Network’s Puberty Blues. Also, the show won the AACTA Award for Best Television Drama Series in 2012.

Besides script writing, she has worked on the music video including After Dark and Where I Stood. She has won ARIA Award in 2007 for best video with co-director Paul Goldman for Silverchair's Straight Lines. She has also worked in a music video along with Jimmy Barnes, Little Birdy, and Miss Higgins.

Moreover, she is a co-creator, script producer and co-writer of The Beautiful Lie, which aired on ABC, in 2015 where she has written four of the drama’s six episodes.

Alice was married to Leon Ford, an Australian actor who is known for his acting on TV and Theaters. They married on 10th April 2010 secretly involving some close family members and friends.

They are blessed with two daughters: Frankie and Emilie. After living together for years as a husband and wife, the couple decided to separate and finally divorced. Though they are divorced, both the parents are close with their kids and have a strong bonding even after their divorce.

Currently, she is single and lives in Sydney along with her daughters.

After working on the big project like Suburban Mayhem, The Slap, Puberty Blues and Rush, she has earned a good sum of amount. Though there is not an exact figure of her net worth, she probably has a net worth not less than seven figures.

Leon Ford is the former husband of Alice. Leon is an Australian actor, better known for his acting on TV and theaters. He is popular for his role in the television series The Cooks, Changi and telemovie Stepfather of the Bride.

Frankie is the elder daughter of Alice Bell and Leon Ford.

Emilie is the youngest daughter of Alice Bell and Leon Ford.