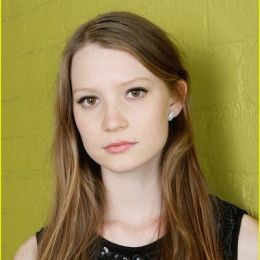 An Australian actress Mia Wasikowska who gained international fame and recognition after appearing in the movie Alice in the Wonderland as Alice. She started her acting career in 2004 appearing in two episodes of Australian drama series All Saints. She is the winner of Hollywood Breakthrough Award - Actress of the Year in 2010. She was born to the parents who are photographers. She has two siblings and she is the middle one among the three children of her parents.

Mia Wasikowska's Personal Life: Is She Dating a Boyfriend?

Previously, she dated her co-star in The Double Jesse Eisenberg from 2013 to 2015. She might be single as of March 2019 as she's kept her personal life low-key.

Besides, she is an avid photographer. She captures beautiful images of her travel and of her film sets.

She gained wide success playing the role of Alice in Tim Burton's Alice in Wonderland alongside Johnny Depp and Helena Bonham Carter.