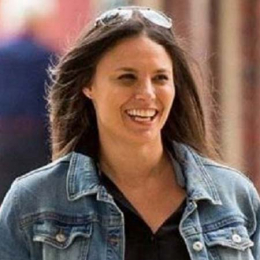 Allison Kagan is a multitalented personality who enrolled in producing, directing, editing and photography. She, however, came to prominence after dating the famous Alaskan Bush star Joshua Bam Bam Brown. She is also popular for working with the high profiled networks like ABC, NBC, Fox, and ESPN as well as reality networks like Lifetime, Discovery, Bravo and MTV. More to that, Allision produced various series like 16 and Pregnant, The Diamond Collar, Caribbean Life, and 90 Day Fiance: Happily Ever After.

Allison Kagan is dating the actor Joshua Bam Bam Brown. The duo is together from a couple of years and shares a strong bonding. Moreover, the often spotted together in public events and vacationing where they seem to enjoy one another company. 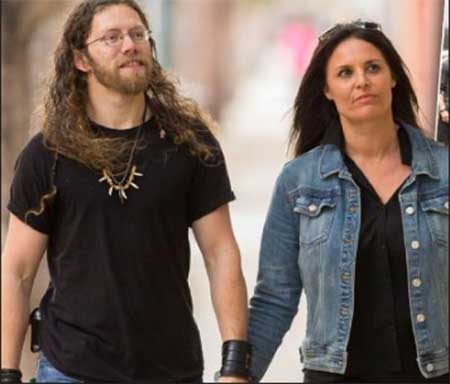 The duo first met in 2016 at the set of Alaskan Bush People where Allison was working as the supervising field producer for the show. Ever since then, the couple is together and shows tremendous love for one another. What's more, Joshua even left his show in late 2016, just to spend some quality time with his partner. Further, with this step, Brown made a headline for proving his love towards his partner. 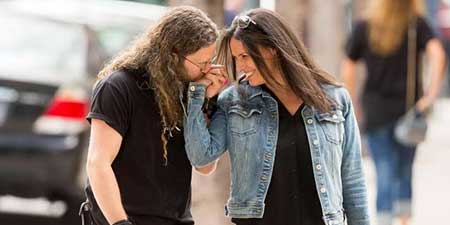 The couple started living together in a ferry boat in 2018 and named it as 'Fanthom This'. Here is the post-Brown shared on his Facebook, explaining how he came up with the idea to live in the boat,

Allison is also close to her better half's family, here you can see the post of Jousua where his mother and Allision are together with a big smile,

So grateful for my girlfriend Alli. I'm blessed that she is here with my family.
She and my mom are truly inspiring.
Love conquers all. pic.twitter.com/LKZsvxkipI

Kagan seems quite happy with Brown and his family as they are living together for several years. Besides, once there was a rumor that the couple got engaged privately, however, there is no proper evidence if the duo got engaged or not.

As of 2019, Allision is out of any controversies and seems quite focused on her career. The producer is currently busy passing her days with her soul mate and the relationship between them seems smooth as there is no sign of breakup between them.

Apart some of her hobbies include traveling and doing adventure. Moreover, she loves spending time near or on the water.

How much is the Net Worth of Allison Kagan? Know about her Earnings, Salary, Career 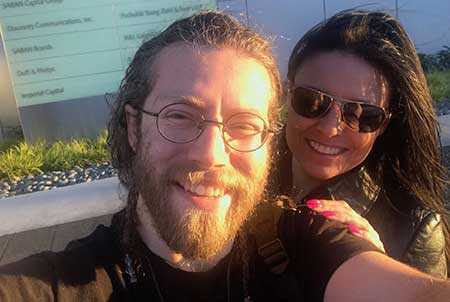 Allision started her career in 1995 after working in the local news station WTEN as an editor and news photographer. After that, she went to work in many networks like WFSB and WFXT. Next, she worked as a producer and photographer for the WNYW Fox 5 network. After her success on those networks, she worked in high profile networks like ABC, NBC, Fox, ESPN, and Sports Channel.

Kagan also tried her luck in the television documentaries, talk shows, and reality shows for networks like Lifetime, Oprah Winfrey Network, Discovery, Bravo and MTV. Following that, she was hired by the MTV Network as a senior producer and produced series like 16 and Pregnant, The Diamond Collar, Caribbean Life, and 90 Day Fiance: Happily Ever After.

Allison Kagan was born in the early 1970s in the United States and holds American nationality. Apart from that, she never shares anything regarding her early life and prefers to keep her profile a mystery. 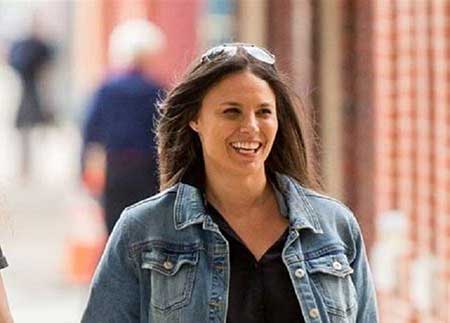 Kagan studied at the University of New York at Albany and graduated from there with a degree in Communications and Film. While studying at the university, she was a member of Albany Women's Rugby club.