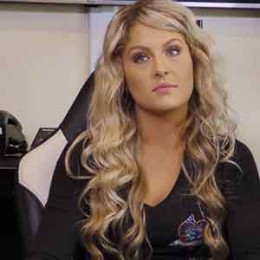 Allysa Rose or Allysa Worman is an American actress. Allysa came to fame after starring in a reality TV series called Graveyard Carz. Allysa is said to be earning a decent income with an outstanding net worth.

Allysa Rose was born in the United States. Allysa is American by nationality and belongs to White ethnicity. However, she has not made her exact date of birth, public yet. Allysa is the daughter of Mark Worman, who owns the show Graveyard Carz. Details regarding her educational background are known yet.

Allysa grew up with Mopar and other amazing cars in her family all her life. However, she didn’t have any particular interest in them back then. Although she did not care much about cars during her childhood, she would always join her father for dirt bikes and quads ride.

Allysa loves to work in her dad’s garage and she enjoys working on the engines. Like any other celebrities of America, Allysa has also kept her share of secrets. 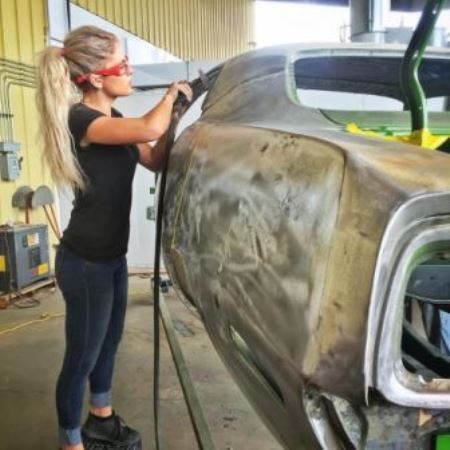 Besides, working on her father's garage, she is really talented in dancing. She trained in different forms of dancing styles such as classical ballet, tap, hip-hop, jazz, and ballroom dancing. She started dancing from the age of 7.

Allysa came to fame after starring on the reality TV show Graveyard Carz, co-starring, Royal Yoakum Dave Rea, Mark Worman, and Will Scott. Graveyard Carz first hit the tv screens in the year of 2012, where they restore the late 1960s and early 1979s muscle cars. The show is filmed in Springfield, Oregon. The show's tenth season started telecasting since November 30th of 2018.

Allysa Rose an American television actress is earning a decent amount of money from her acting career. From 2012, Allysa is still on the show Graveyard Carz. As per some online sources, Rose has an estimated net worth of $500 thousand, however, the amount is still under review.

With her earned wealth she is currently living a luxurious life with her family. She is celebrating life to it's fullest as posted on her Instagram.

Allysa Rose is currently in a relationship with a guy named Chris Wanke. As a matter of fact, they made it official back on December 2, 2013, when she posted a picture of them kissing on her Instagram account.

Previously, Rose married Josh Rose with whom Rose gave birth to their first child, Emma Rose in the year of 2010. The couple also made appearances in the TV series Graveyard Carz.

No place I’d rather be #oregon #explore #family #moming

The pair officially split in 2014. The ex-couple split in a mutual understanding but as per many of the fans theory the reason for their break up was Allysa's closeness with Chris but no official remark has been made about it.

Allysa is active most of the time on Instagram, where she posts cute and adorable pictures of her family. She has more than 22k followers on her Instagram account as of 2018.

Allysa Rose's beauty looks absolutely stunning with sensationally good looks, natural blond locks, captivating sweet smile. For a mother of two children, it is simply amazing that she has maintained a svelte physique, which never fails to attract the attention of the audience.

Although, her body measurement is not been made public yet.

Get more detail via marriedwiki.com.

Allysa Rose was married to Josh Rose for some time. The duo called it quits in 2014 after staying in a relationship for some time.

Allysa Rose is a mother of one daughter named Emma Rose whom she shares with her ex-husband Josh Rose.